Here's what you said you would remember most about Rep. John Lewis 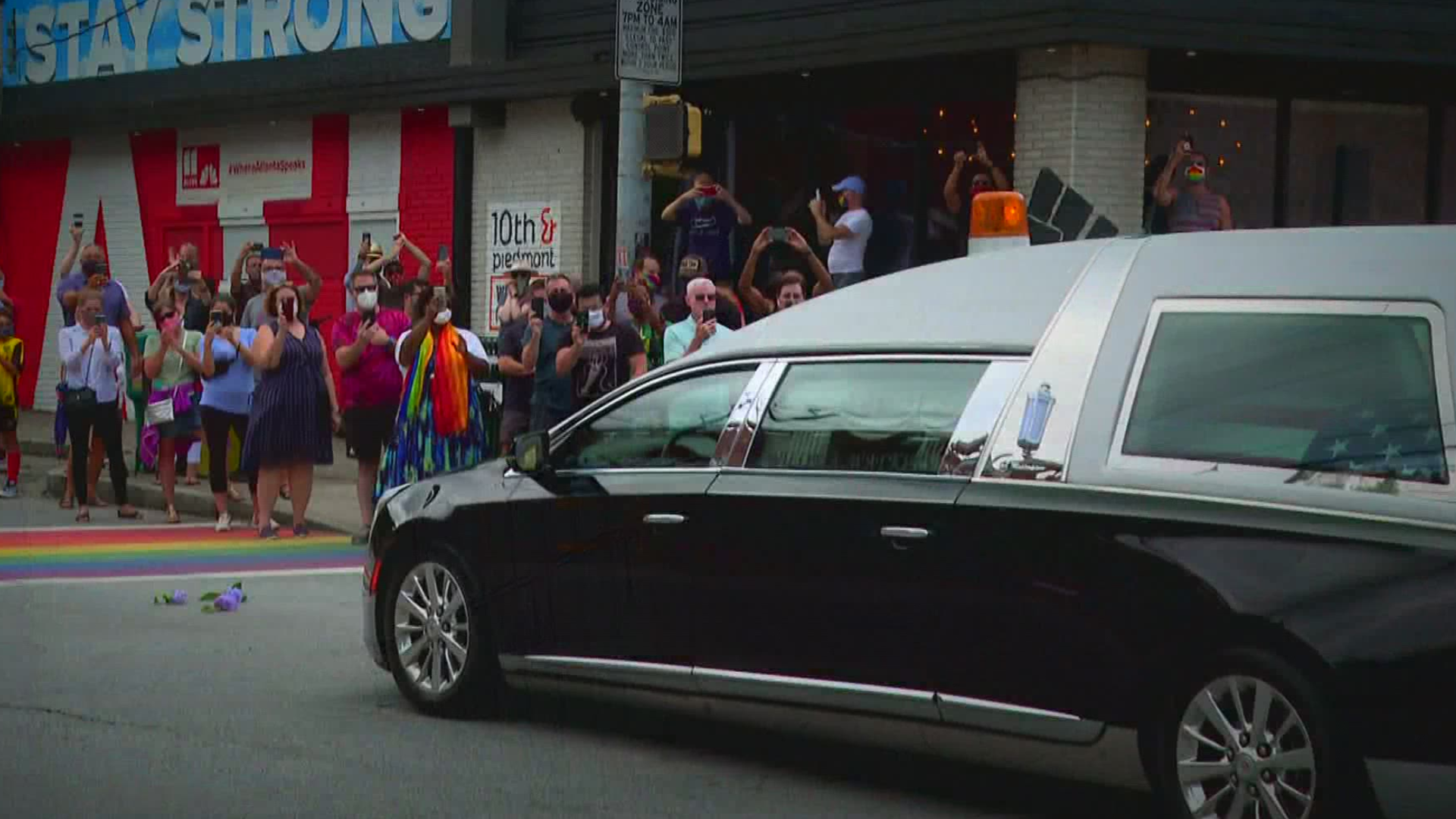 ATLANTA — Atlanta is saying farewell this week to Rep. John Lewis, the man who spent more than three decades representing the city in Congress.

There's been no shortage of stories from Lewis' constituents remembering the titan of the Civil Rights Movement as a lawmaker who never forgot his people and, frequently, could be found shopping for groceries right alongside them.

RELATED: 'Never, ever be afraid to make some noise and get in good trouble' | The words of John Lewis live on

Here's a few recollections from Atlantans we've collected about what John Lewis meant to them (if you have more stories, photos or videos to share, please send them to us at news@11alive.com!)

Gina Strick post about a time she ran into John Lewis at Grant Park on Fourth of July.

Shon Adams said, "He was our neighbor here in southwest Atlanta and we always ran into him at Kroger."

Atlanta Mayor Keisha Lance Bottoms remembered him this way: "I would see his lovely wife Lillian when she came into my mother’s hair salon to have her hair don. She was a beautiful and brilliant woman whose love and affection for John was evident in every conversation that she had. I knew Congressman Lewis as the man who worked at SNCC (the Student Nonviolent Coordinating Committee) with my aunt Ruby Doris Smith-Robinson. She died at age 26 leaving a two-year-old son behind, and each time I saw the congressman his eyes glistened with tears when he spoke of he. He told me stories of being beaten with her and going to jail together in Rock Hill, South Carolina. He always made sure to ask about her son Toure. Although an Alabama legend, an Atlanta icon and an American hero, Congressman Lewis took time to let me know, to let all of us know, that we mattered to him."

Roger Head comments: "I met Congressman John Lewis one time and he was the nicest man.We had to stay at the Cobb Civic Center in Marietta Ga after being flooded out of Austell Ga. He along with the lady who was in charge of Homeland Security VP Joe Biden and other representatives came in and met with everyone who had lost their homes.Congressman John Lewis shook my hand and my fiances hand handed us 150.00 gift cards and said sorry for your losses but maybe this will help unroll FEMA can help you out he said we all suffer losses and it helps to show someone that you care for them we are all in this together.I never will forget that. Thank you Congressman Lewis for all you have done. RIP now fly with the angels."

Michelle Livingston wrote: "Thank you Honorable Representative Lewis for all of your years of courageous service...JOB WELL DONE!!! Thank you for getting in "GOOD TROUBLE!" It was indeed and honor and a privilege to have you serve as my representative. Your presence and works for justice will be GREATLY missed! Rest in Heaven!