Ginsburg died September 18 at the age of 87 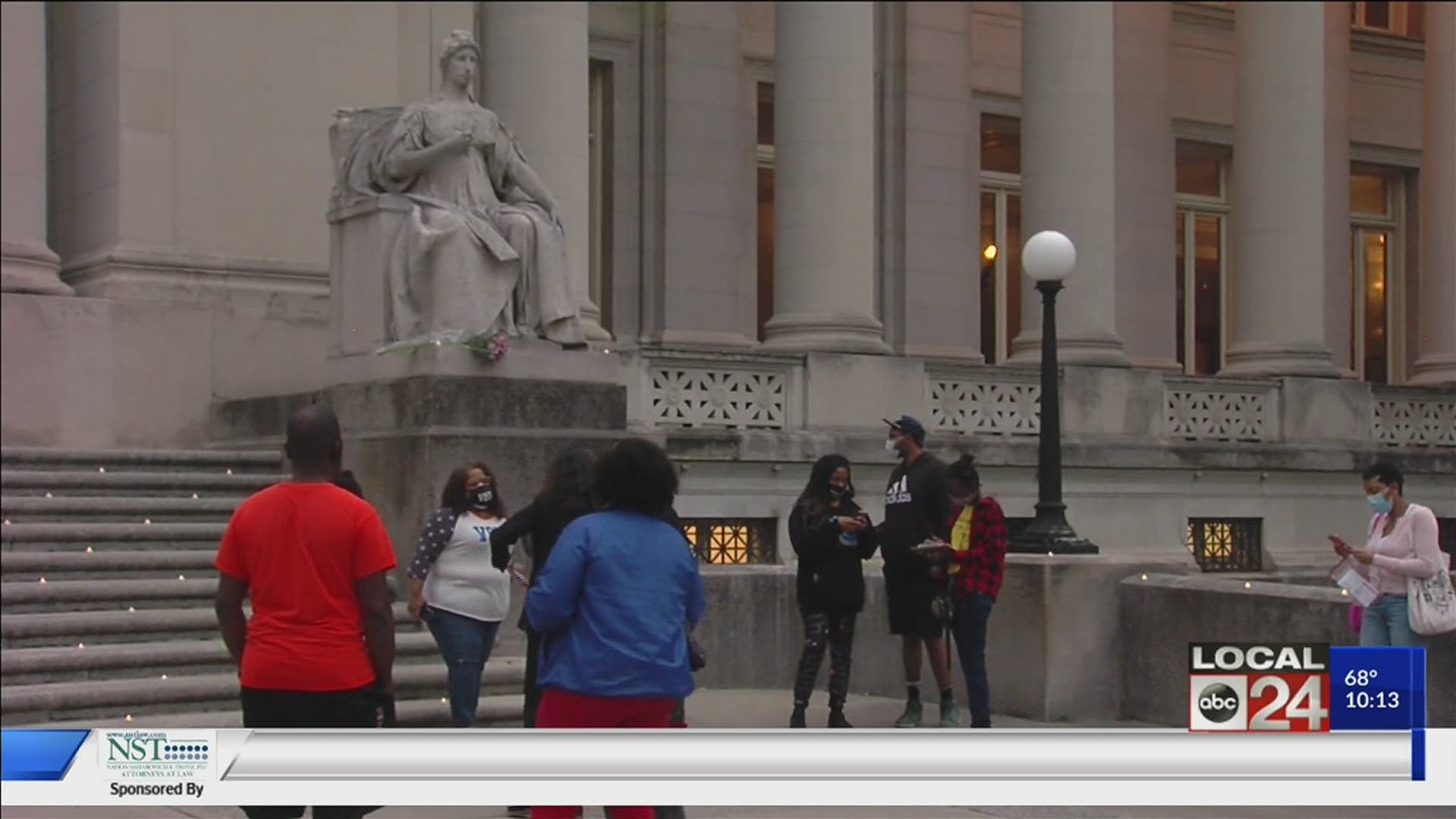 MEMPHIS, Tennessee — Saturday in downtown Memphis, dozens of people paid their respects to Supreme Court Justice Ruth Bader Ginsburg. The iconic figure in American history died from pancreatic cancer September 18 at the age of 87. Friday, she was the first woman to lie in state in the United States capitol.

Ginsburg was a trailblazer who paved the way for gender equality and reproductive rights. During her 27 year tenure on the nation’s top court, she often served as a counterbalance to her conservative counterparts.

Saturday, local, state, and county leaders and Memphians gathered in front of the D’Army Bailey Courthouse in downtown Memphis to mourn such a great loss.

“Hate evil, love good, maintain justice in the courts. We have to carry with that strength with that yearning for justice to do the right thing, for people that look like us, for people that don’t look at us, because empathy and perspective matter,” said Gabby Salinas.

Ginsburg will be buried next week in a private ceremony at Arlington National cemetery.

REMEMBERING RUTH BADER GINSBURG: The late Justice Ruth Bader Ginsburg was honored in an historic ceremony, becoming the first woman to lie in state at the U.S. Capitol. https://t.co/SrkZWY8vfM pic.twitter.com/shD1ZdjjWv