Memphis got a special visit from a certain American hero

The last living World War II Medal of Honor recipient paid a visit to the University of Memphis during his visit to the Bluff City. 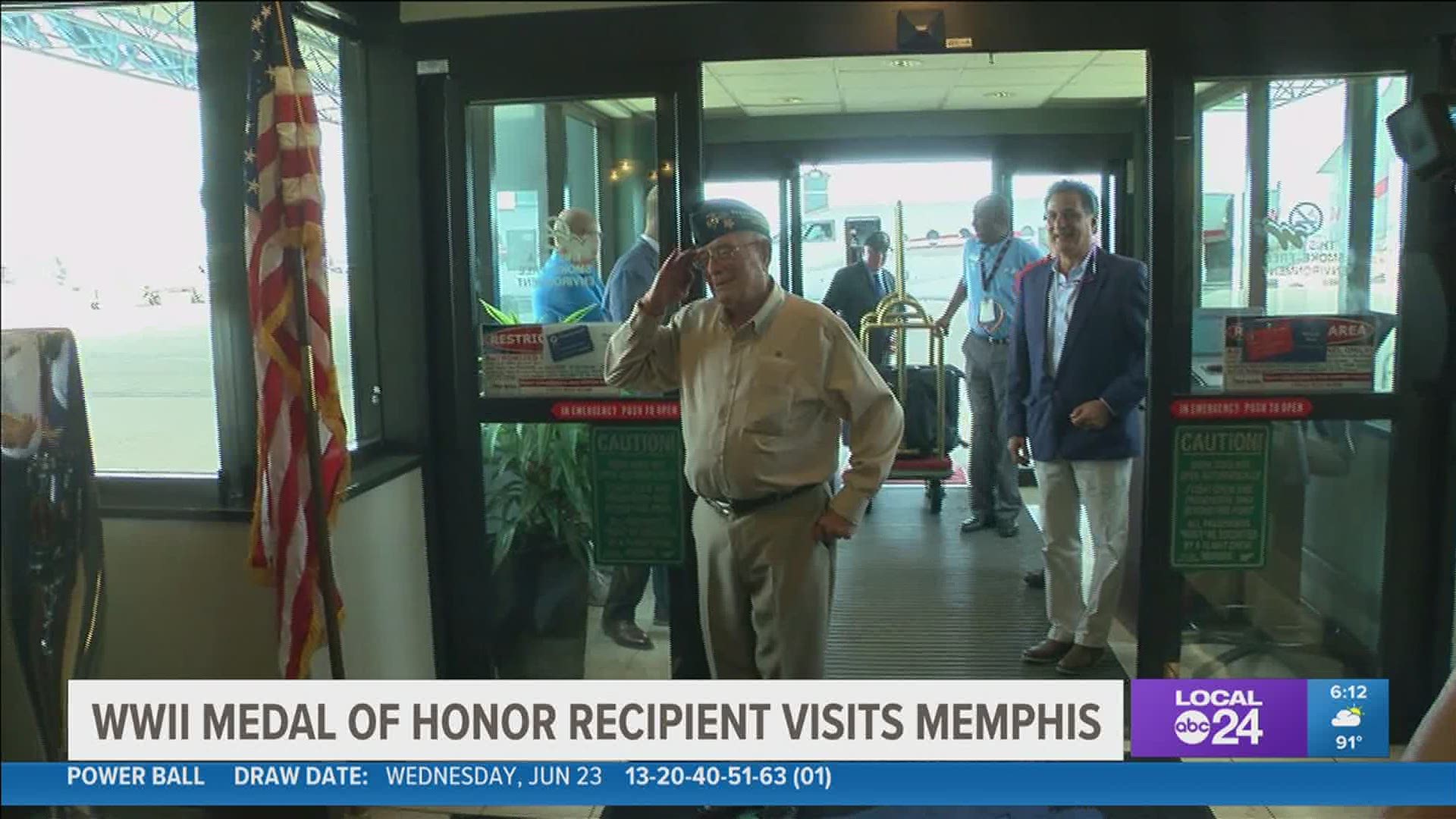 MEMPHIS, Tenn. — The last living Medal of Honor recipient from World War II was welcomed to the Bluff City.

Hershel "Woody" Williams stopped by the University of Memphis Thursday where he recounted his flame-throwing actions during the war.

He was awarded the Medal of Honor by President Truman for his efforts at the Battle of Iwo Jima.

Williams became the World War II's last living Medal of Honor recipient back in April after the passing of Charles H. Coolidge.

"It's something I never dreamed would happen, of course. I never dreamed that I would live this long in the first place. But I guess somebody has to be last and I am very fortunate that I've been able to continue in good health and be able to be the very last survivor but the others were just as important as anyone else and many of them lived a life as exciting as mine," says Hershel Williams.

Williams is the Bluff City for this weekend's American Gold Star Mother's Convention.