The University of Memphis student has 3.5 million followers, and is now being nationally recognized. 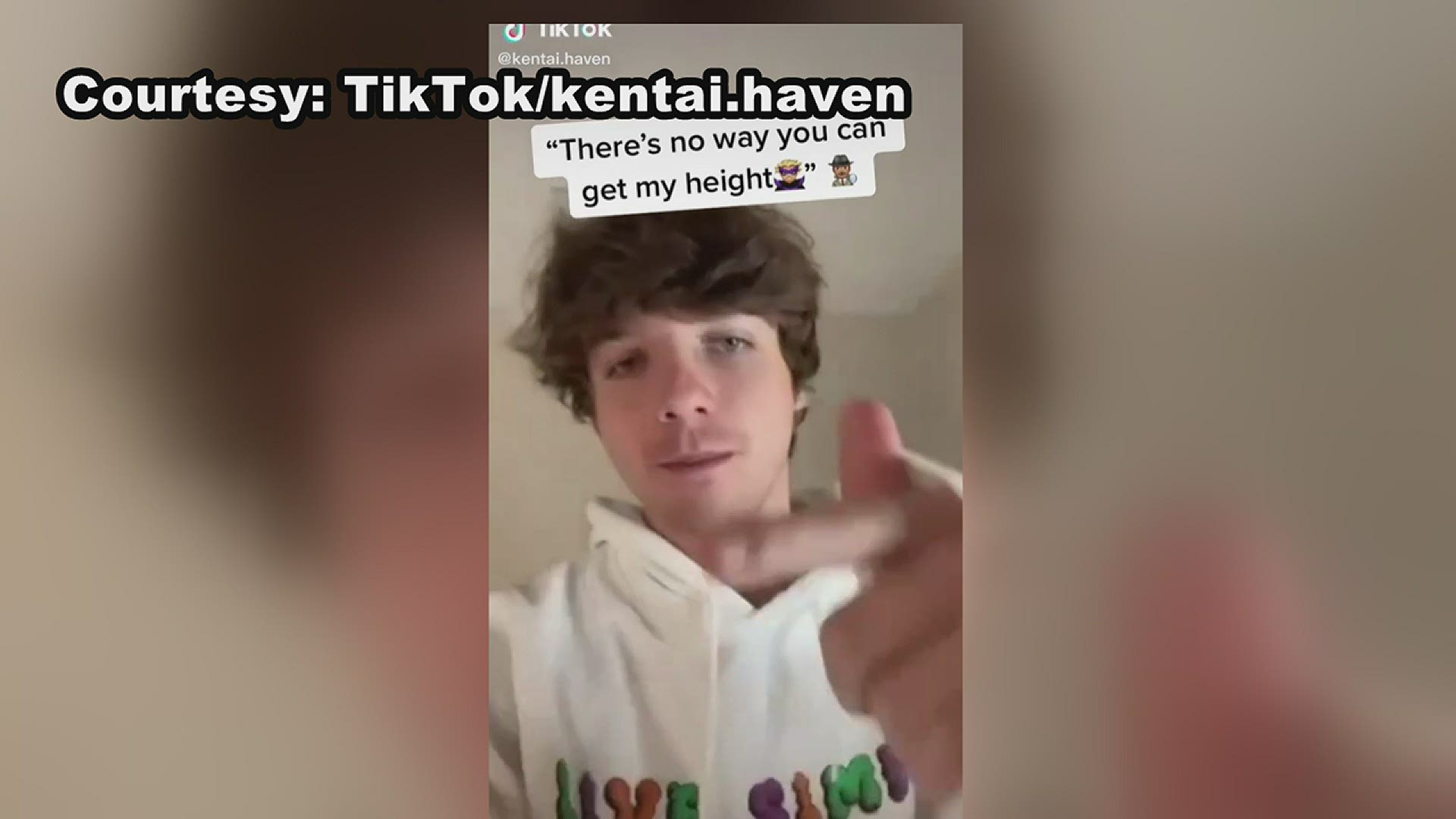 MEMPHIS, Tenn. — University of Memphis student is now a TikTok star. He is using his mad math skills to figure out how tall people are.

18-year-old Kenyon Lee has been chosen by TiKTok to be part of special program celebrating Black History month.

On TikTok, people challenge Lee to guess their height every day, he often he responds with a creative video explaining how he figure out how tall they are.

In the past three months, more than 3.5 million people have followed his TikTok and Twitter handle Kentai.Haven. His newfound fame caught him by surprise.

"I thought I was just a normal person making videos as a hobby, and now all the press and things coming in the reality of it is starting to hit me more," said Lee.

"I digest numbers really quickly," said Lee, "Where it may take one person a month to learn something, I may be able to narrow it down to like a week. I just learn very quickly."

Lee uses objects in a person's social media pictures to help do his calculations to figure out the person's height. He then makes a video to explain how he figured it out and shows the math calculation.

When asked if he ever gets any challenges wrong, "Yeah, I have been wrong before, because basically I do my calculations on average human body proportions," said Lee. "The furthest I've been wrong is by two inches, and that's because I try and use a bunch of unorthodox methods, and an angle or degree off can throw off the whole calculations."

The Germantown High School graduate was recently chosen to be part of TikTok's Trailblazers program to celebrate Black History Month. It is allowing him to be featured on nationwide billboards and collaborate with other Black content creators.

"I am trying to showcase STEM and how education can move people forward," said Lee.

Lee hopes he makes math look fun and cool. He may even fold his TikTok fame into a profession.

"Right now I'm in computer science. I would say I'm an undeclared math major. I've already done more than I need to for a math major so I might as well," said Lee.

Lee said he was getting 10,000 to 15,000 height challenge videos a day, but that has slowed down a bit. He is releasing less videos a week now that the school is back in session.

When asked how he decides which challenge to pick, with so many requests coming in, he said it's basically a lottery.

If you want to view his videos or send him a height challenge you can find him at @kentai.haven on TikTok and Instagram or kentaihaven on youtube.com and twitter.