Memphis to unveil country's first statue of Ida B. Wells during week of honoring her legacy 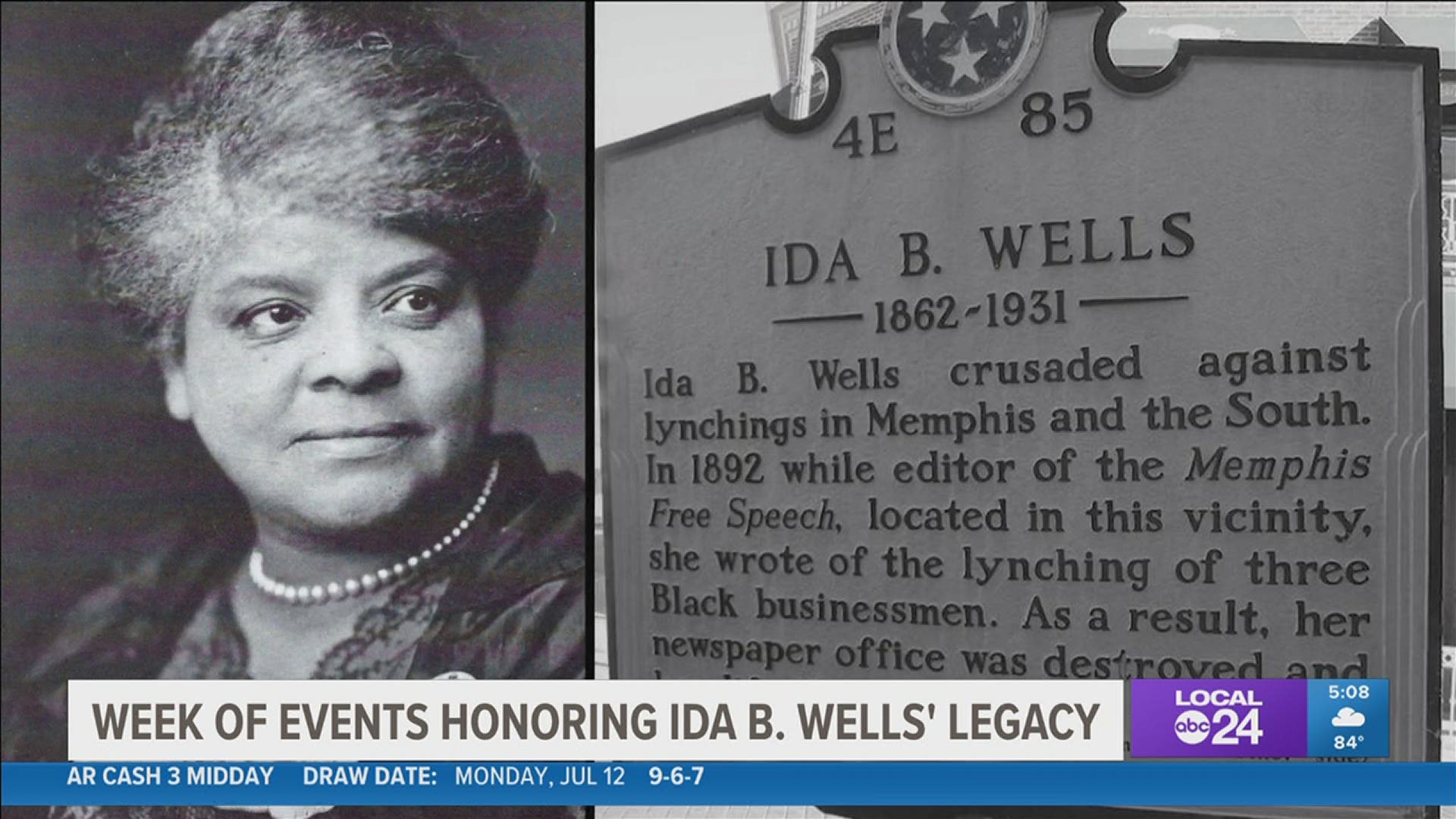 The week dedicated to the trailblazing journalist and early civil rights activist will be highlighted by the unveiling of a statue of Wells.

It'll be the first statue of her ever put up. It'll be at the corner of Beale Street and 4th Street next to the First Baptist Beale Street Church. In that church is where Wells ran her newspaper, the Memphis Free Speech and Headlight.

The statue will be unveiled at 11 a.m. on Friday, July 16, the day Wells was born, following a parade down Beale Street.

Leading up to Friday, the Memphis Memorial Committee will host events recognizing her. The week kicked off Sunday night with a community worship.

The other events happening this week include a virtual panel to discuss her legacy in journalism and a pilgrimage to the locations of the lynchings of three Black men that started her work to document and investigate lynchings.

There will also be a bus ride to her hometown of Holly Springs, Mississippi.

Organizers behind the celebration say it's long overdue.

“Many of the benefits of the struggle that Ida B. Wells carried almost single-handedly, we still benefit from today," Dr. LaSimba Gray, Memphis Memorial Committee said. "Number one to realize you can always fight oppression, you can always fight wrongs shedding the light of truth upon them and that’s what we have continued to do in this community for a long, long time. That legacy must be preserved so they too know they can fight.”

Dr. Gray said he hopes when people see the statue they will know that one voice can make a difference.

“If you are committed and resolved to make a change, you can do it and Ida B. Wells is an example of that because in many instances she worked alone," Dr. Gray said. "She’s like the lone warrior and that’s what she was called by many civil rights workers at the time. She was the lone warrior.”

For more on Ida B. Wells' Celebration Week click here.

Ida B. Wells is a trailblazing journalist, early civil rights activist described as a “lone warrior” exposing the horrors of the south.

How that legacy is finally being honored in Memphis is coming up on @LocalMemphis pic.twitter.com/9GfDbYdKck