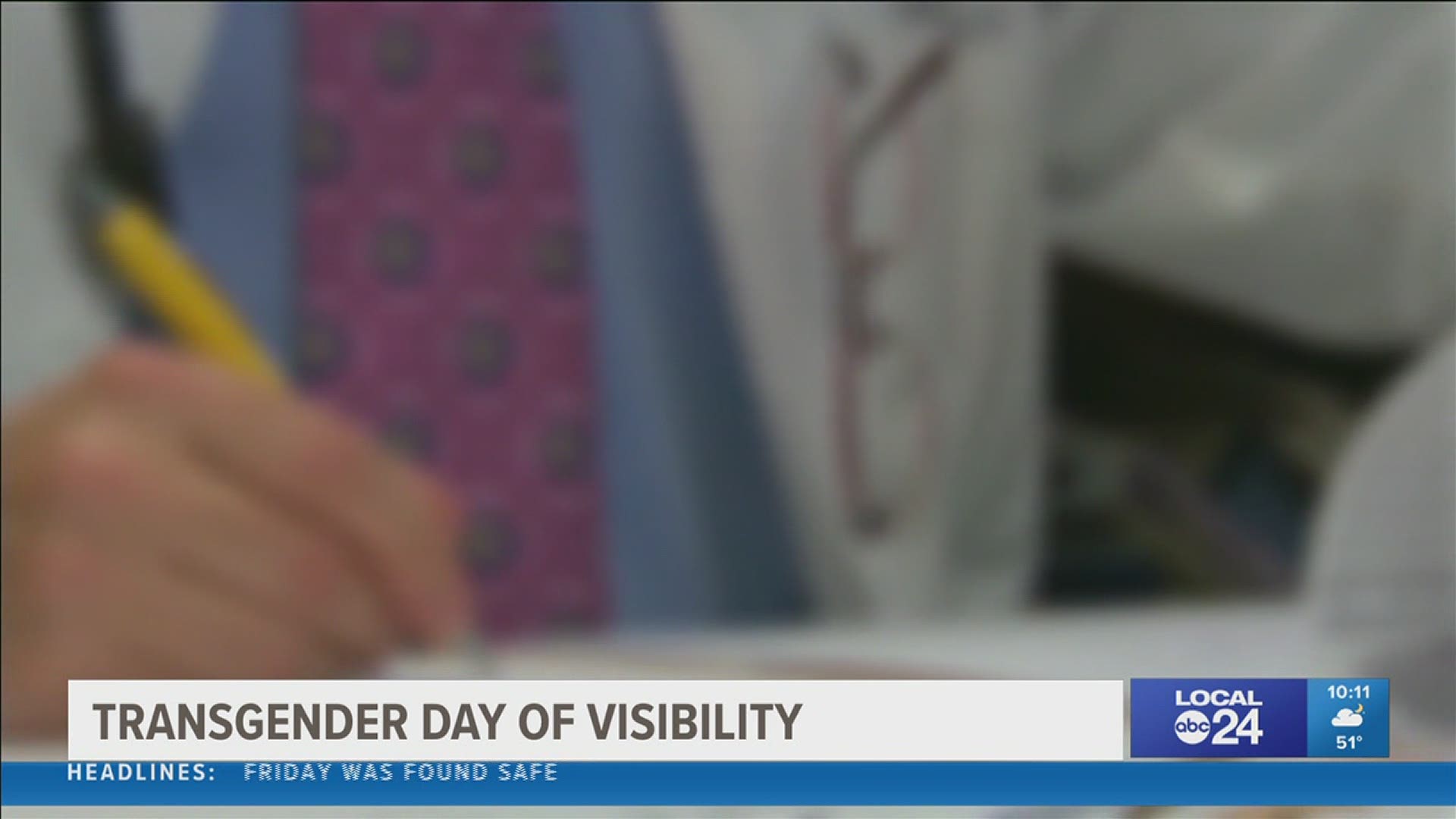 The day is dedicated to celebrating trans people and bringing awareness to the discrimination and violence they face.

Chrissy Freitas is grateful people are finally recognizing the activism of the trans and non-binary community.

"My transition, medically speaking, has been going  pretty well. I'm getting the right medication and having all sorts of appointments from my doctor," said Freitas.

She observed Trans Day of Visibility as a trans woman by posting pictures at various stages of her transition.

As Freitas and other trans Americans use the day for positive affirmation, she realizes not all people like her have the same privilege.

"I'm very angry and saddened by the anti-trans legislation that's been happening in the Mid-South," said Freitas.

"It sort of came out of the community needing a day to celebrate ourselves as opposed to before that Trans Day of Remembrance was the only Trans specific day where Trans people were acknowledged," said Hauptman.

That day focused on the trans lives lost.

2020 was the deadliest year for trans and non-gender conforming deaths with 44 before year's end.

The violent killings at the hands of people known by the victims.

One thing they all have in common is that there was clear anti-transgender bias.

Transgender rights are human rights — and I’m calling on every American to join me in uplifting the worth and dignity of transgender Americans. Together, we can stamp out discrimination and deliver on our nation’s promise of freedom and equality for all. #TransDayofVisibility

"Trans Day of Visibility is a day we get to have that positive time together. We get to celebrate the accomplishments the community has had in the LGBTQ rights movement and just contributing to society," said Hauptman.

"Trans people have been a part of cultures and societies for a lot longer than a lot of people think in some form or another. We've been here for a long time and we're not going anywhere," said Hauptman.

"It's just wonderful seeing how people have come to terms with themselves and loving themselves in a new light," said Freitas.