This one-of-a-kind venue is nestled in the mountains near Hacker Valley. 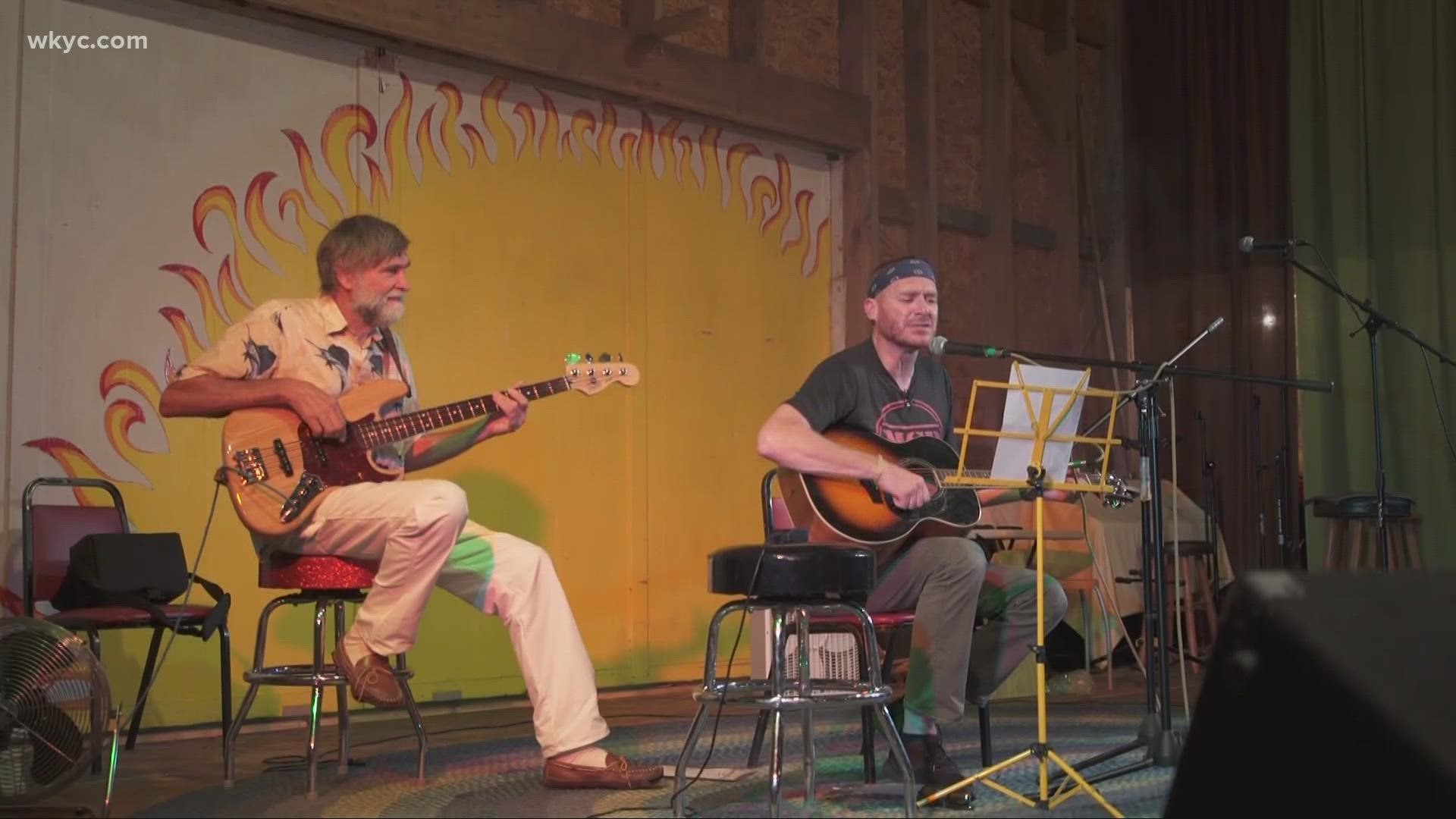 CLEVELAND, West Virginia — Recently, Mike Polk Jr. headed southeast to another town that bears the name of Cleveland — this one in West Virginia. There, he found a small town with a tight-knit community as well as a hidden gem, nestled away in the woods and mountains of the area.

Jerry Run Summer Theater was built by Dusty Anderson, and is run by Dusty and his wife Renee. Both are residents of Cleveland, West Virginia, and the theater has quite the backstory.

"He's the one who had the vision to build this theater and who actually built it and who, you know, lined up the first musicians," Renee said. "It's a partnership, but it was Dusty's vision."

Opening for the first time to the public in 2003, the theater was built — from blueprints to beams and shingles — by Dusty himself, with only a little help from family and a couple of friends. He knew a little bit from building houses, but not everything.

"I read some books, checked out some books at the library about the way they were to build theaters," Dusty remembered. There's no definite rules. Like, they can try to copy a opera house. It might sound great, and the copy might not be as good as the original. So you're kind of taking a chance on it, aut I think the acoustics [are] pretty good."

The theater seats up to 200 guests, but Dusty says the most they've ever had is around 160. The seats came from Buckhannon Wesleyan College, after it underwent a remodel. It also has a concession stand (run by Renee) that features many items — some of them made by members of the Cleveland community, including chili and pepperoni rolls.

The theater may be located in rural West Virginia, but they've gotten some pretty big names to play there, including Iron & Wine, which has a mutual connection with the Andersons.

"His manager had a connection to West Virginia [and] read an article which a friend of ours had done," Renee said. "It got picked up in the big newspapers around the country. He lives in Chicago, Howard [Greynolds], and he said, 'I'm going to visit that place someday.'

"He's a manager for Sam Beam [Iron & Wine] and he wanted to bring him here. We were like, 'Really, you know, I don't think he'll want to come' ... but then he did, and so ... one thing led to another and they brought a whole crew to film that little documentary video and release of Sam's early work."

The theater is labor of love that Dusty says is totally worth it.

"We don't make money doing it," he admitted. "It's just a hobby, but it doesn't cost much."

Jerry Run Summer Theater is closed for the season, since a lack of heat only allows it to operate during the summer. Dusty and Renee are excited to welcome guests back next year!