"The hero phrase - it’s kinda hard for me to accept," said Cedric VanHooks, a Memphis firefighter. 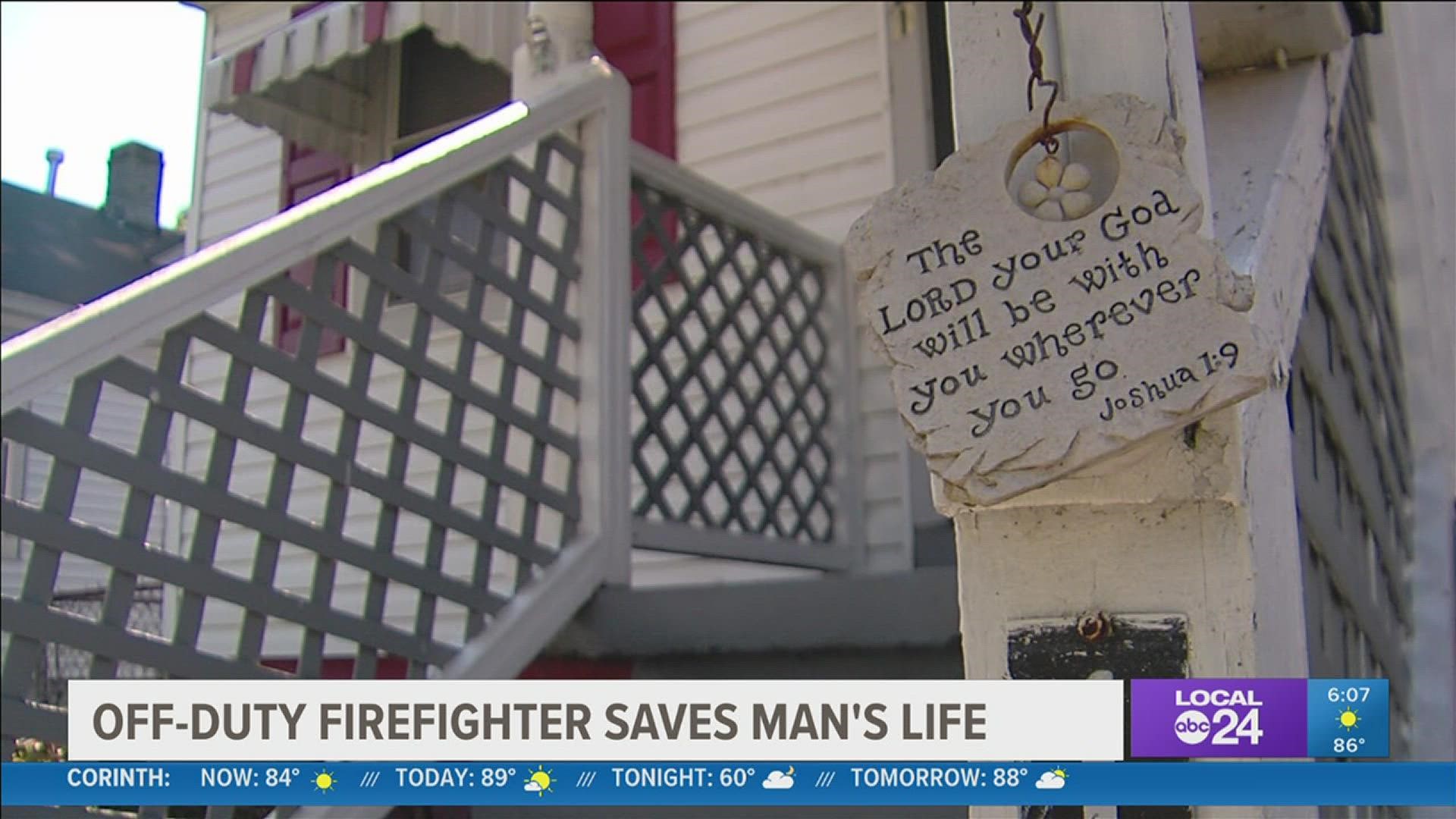 VanHooks doesn't consider himself a hero, but Deric Johnson's family does.

"I feel like it was a blessing Cedric was there to give my brother the assistance that was needed that helped him to be alive today," said Carlos Johnson.

Deric Johnson arrived at VanHooks father's house Monday to provide pest control services, and Cedric happened to be there.

"When he showed up, when he got out the truck, he was a little lethargic -looking slow," said VanHooks said of Deric Johnson.

When Johnson got to the top of the steps, the dialysis patient passed out in front of Vanhooks. VanHooks quickly began CPR.

"I kept talking to him and telling him to come back to me, to try and keep him coming back if he could," said VanHooks.

"I'm glad Cedric was there and if it was going to happen, it happened in his presence," said Carlos Johnson.

Carlos Johnson said if CPR hadn't been immediately performed, his brother would have died.

Deric Johnson is currently at Methodist hospital, sedated on a breathing machine.

"When you see someone self-sacrificing and putting themselves on the line, it’s a loving thing and you really appreciate it," said Carlos Johnson.

For VanHooks, helping save lives is part of being a firefighter, but he says this was different.

"I won’t really rest because it’s very seldom you get to help someone that you know." He added, "Until he makes a full recovery and able to look at me again and I make him him laugh, can I kinda relax and I can sink into what everyone else may be calling me."

"I do consider him to be a hero because he helped save my brother's life," said Carlos Johnson.