Phil Bryant of Bryant's Breakfast in Memphis has died

The former owner of the popular restaurant died Monday after being diagnosed with a brain tumor in November. 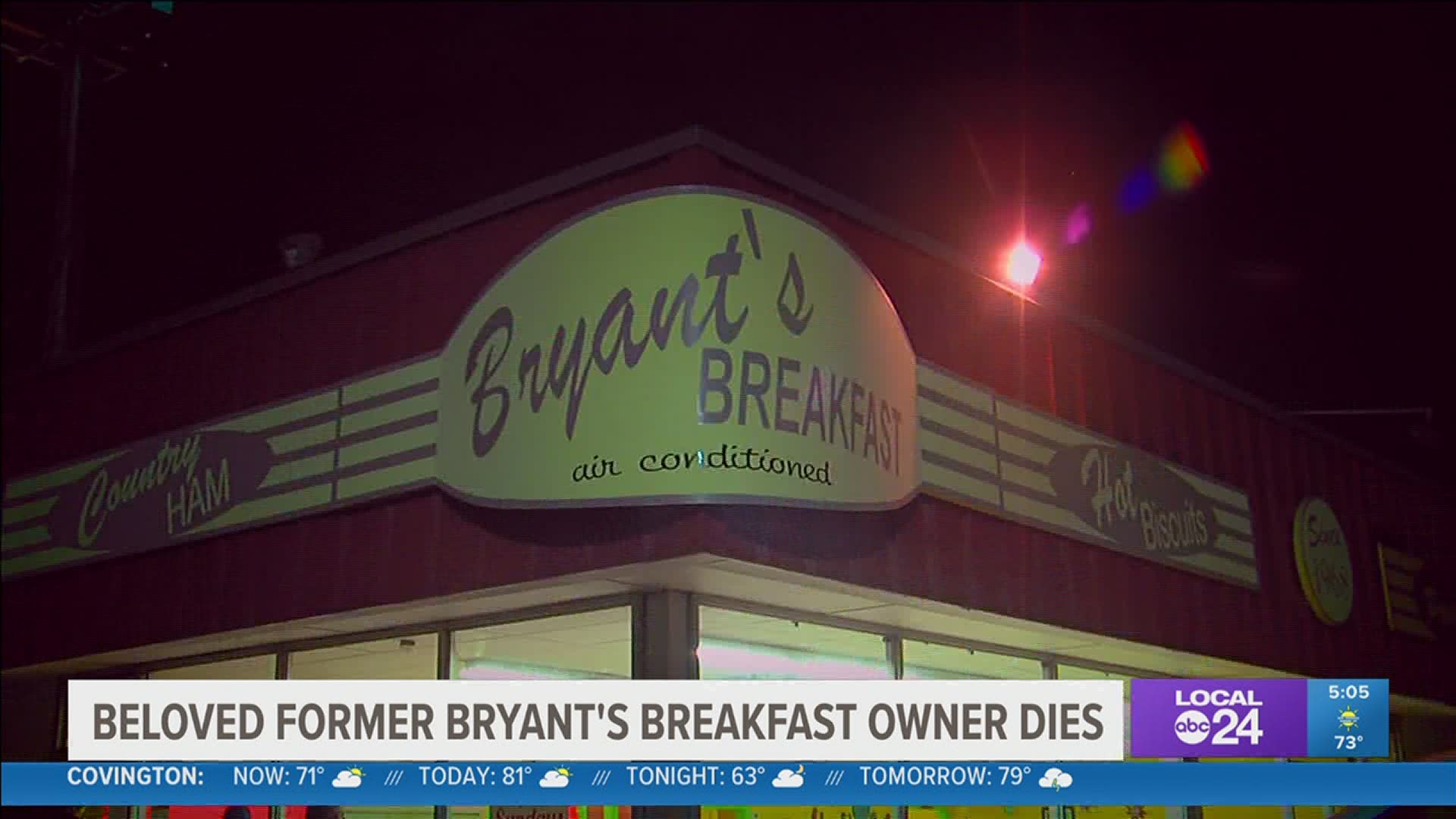 Phil Bryant died Monday after being diagnosed with a brain tumor in November.

Bryant was the son of the original owners of the restaurant, and worked there for 22 years before selling it to another set of owners in March.

He was also an ER doctor in Dallas, and reactivated his license during the pandemic.

The new owners of Bryant’s posted the following the Facebook:

"It is with a heavy heart that we announce that Phil Bryant passed away, Monday, May 31. For the past 22 years, Phil ran his family's restaurant. He was the friendly face behind Bryant's counter, always greeting customers with a smile and often remembering your name and your favorite order. He never met a stranger and was loved by all who met him.

Phil was an advocate for Memphis and played an important role in the revitalization of Summer Avenue. He loved dogs and would often give bacon to stray dogs in the parking lot.

Phil parents’ Jimmy and Jane Bryant opened the family restaurant in the Parkway Village area in 1968. Nine years later, the restaurant moved to its current location at 3965 Summer Avenue.

Bryant's Breakfast has received numerous awards, including being named one of the top places to eat breakfast in the U.S. by Esquire magazine and USA Today. It’s been named Best Biscuit in Memphis by Commercial Appeal and was a Best Breakfast in Memphis Finalist for many years.

Phil was diagnosed with a brain tumor in late 2020. He sold the restaurant to The Tashie Restaurant Group who reopened Bryant’s April 14, 2021.

Phil Bryant will be greatly missed by all."

It is with a heavy heart that we announce that Phil Bryant passed away, Monday, May 31. 💔 For the past 22 years, Phil...