Veteran's Day honors the men and women who have served our country. 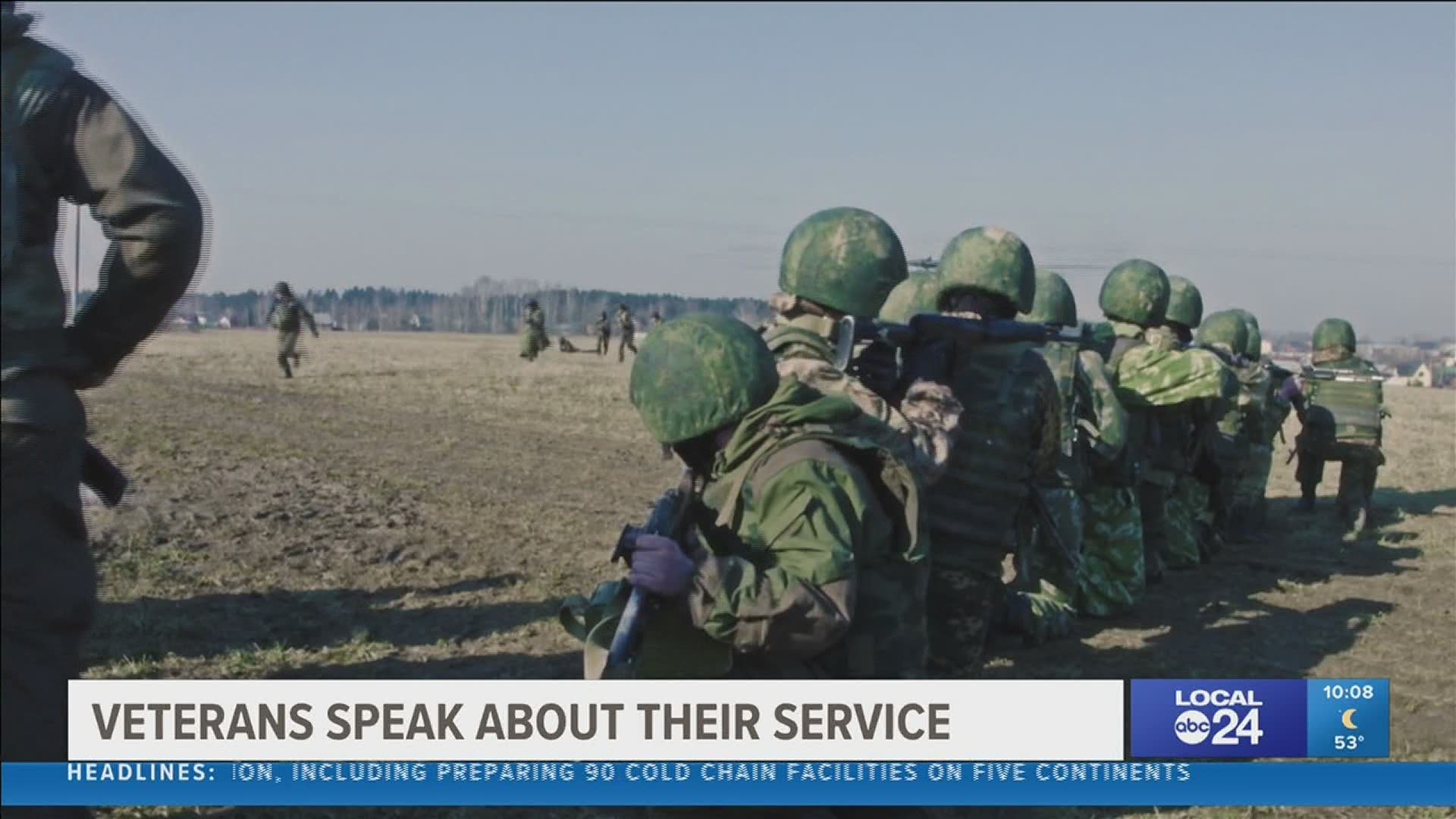 MEMPHIS, Tenn. — Each veteran who has served our country learned pivotal life lessons they would not get anywhere else. Ronald McCarty, who was drafted into the Vietnam War in 1969, said his experience was unlike anything he would have had at home.

"As a young man it matured me," McCarty said. "I grew up. I would not be the same person

I am today if I had not spent those three years in the service."

Patriotism was low during that time and McCarty said that was felt by almost every soldier when they returned. Many of them were never initially thanked for their service, which resonated with them decades later.

"We couldn’t show our pride in what we did," McCarty said. "I think there’s a lot of Vietnam veterans that that was their feeling from when they got back."

Despite the hardships, he said the people he spent three years of his life with made that time unforgettable.

"You have a support group who catches you when you stumble as your fellow soldiers and your leadership," McCarty said.

Happy #VeteransDay to all those who have served and currently serving.

Each veteran who has served our country learned pivotal life lessons they wouldn't get anywhere else.

Two veterans say they are reflecting on their service and the service of others. @LocalMemphis

Robert Hunt, who served as a combat soldier in Iraq and Afghanistan from 1995-2007, agreed that while he faced uncertain times, he learned some of his greatest life lessons then.

"It was that experience of learning from other people, being able to trust them to do their job and them trusting me to do my job," Hunt said.

McCarty and Hunt are thankful to others who have served and are proud of their own accomplishments. Veteran's Day has been a day of remembrance for the years and the people who shaped them into who they are today.

"It gives me a chance to think about those who served before me, those that served with me, and those that will eventually serve after me," Hunt said.

McCarty said if you enlist, you will be a part of an unbreakable band of people who will support you every step of the way.