Nothing can stop Conley, the puppy, who uses a wheelchair, and he needs a forever home

Conley, the puppy, has made the dog-gone effort to defeat his own challenge. 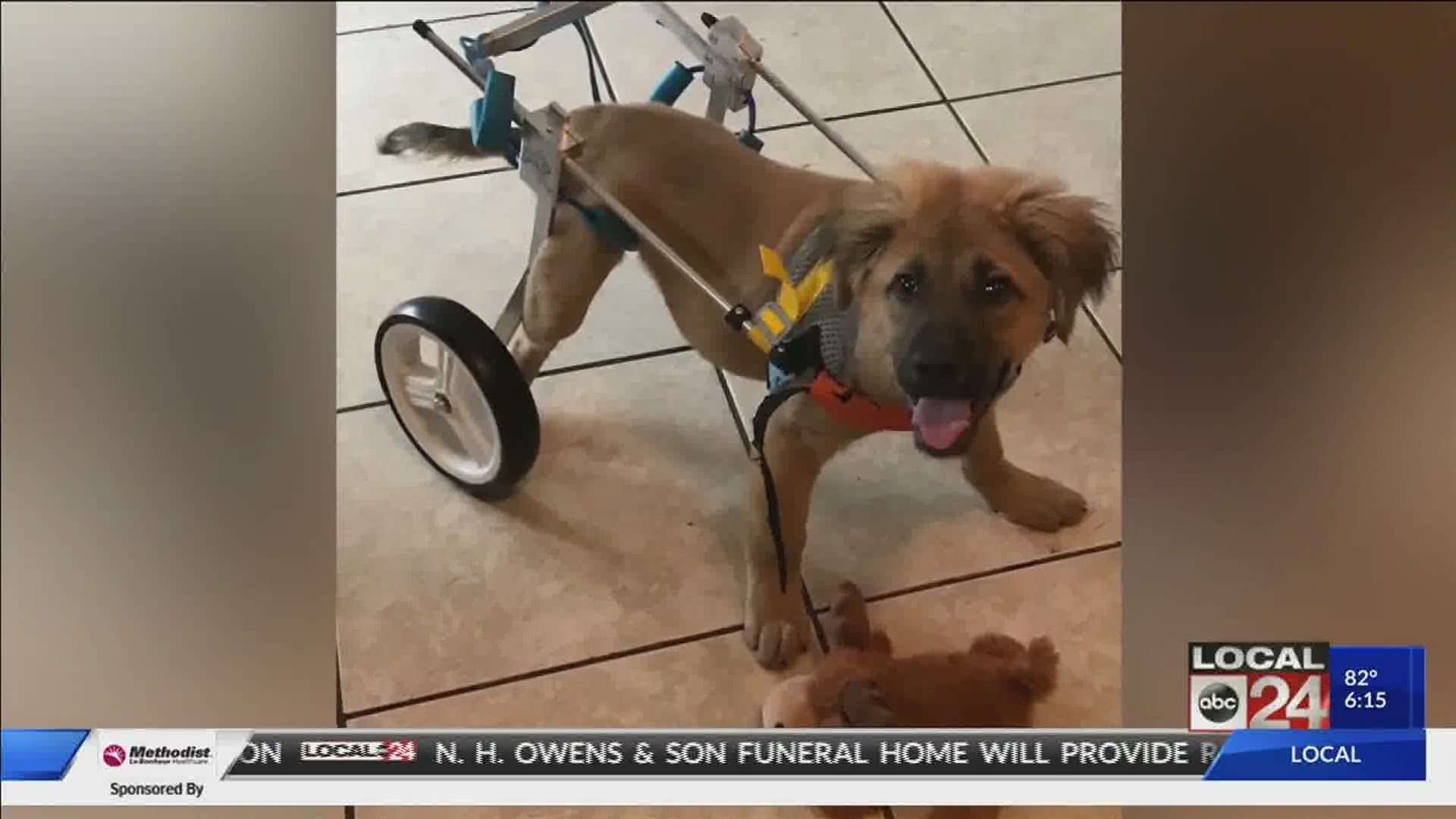 MEMPHIS, Tenn. — We can learn a thing or two about resilience sometimes from the most unexpected beings. Local 24 News Reporter Brittani Moncrease tells us about a dog named Conley who is beating the odds.

Sometimes it just takes a good spirit and drive to overcome obstacles.

Conley, the puppy, has made the dog-gone effort to defeat his own challenge.

He can keep up with the best of them even with his legs lagging behind.

“He’s going to get where he wants to go whether he gets help or not,” said Mallory McLemore, Tails of Hope Medical Foster.

Luckily for Conley, help came right on time last year from none other than Tails of Hope.

“Somebody I guess had found him on a farm down in Mississippi somewhere. There was his mother and two siblings,” said McLemore. “A rescue took those three and actually took him to be euthanized.”

Tails of Hope took Conley in.

“He was really not able to use his back legs at all,” said McLemore. “We took an x-ray and it looked like he probably had like an old fracture. He was also too young to really fix it at that time.”

That fracture stretched up to Conley's spinal cord and caused him to need a wheelchair.

“When he’s in his wheelchair, it looks like he’s walking, but I think he just doesn’t have enough control to support himself with those legs,” said McLemore. “We did a lot of rehab with him. He does acupuncture, water therapy, all that good stuff. He is now able to move his back legs.”

If this puppy doesn’t move your heart, then I don’t know what will. Conley has no use of his back legs. That hasn’t stopped him from living his best life! pic.twitter.com/SPQezlpIlI

Conley was ready and willing to join his paw pals.

He never slows down and is always taking a shake at life.

Conley is perfect in his own way. He will probably be in a wheelchair for the rest of his life.

He is adoptable and waiting for that forever loving home.