South Point Grocery is set to open later this year. 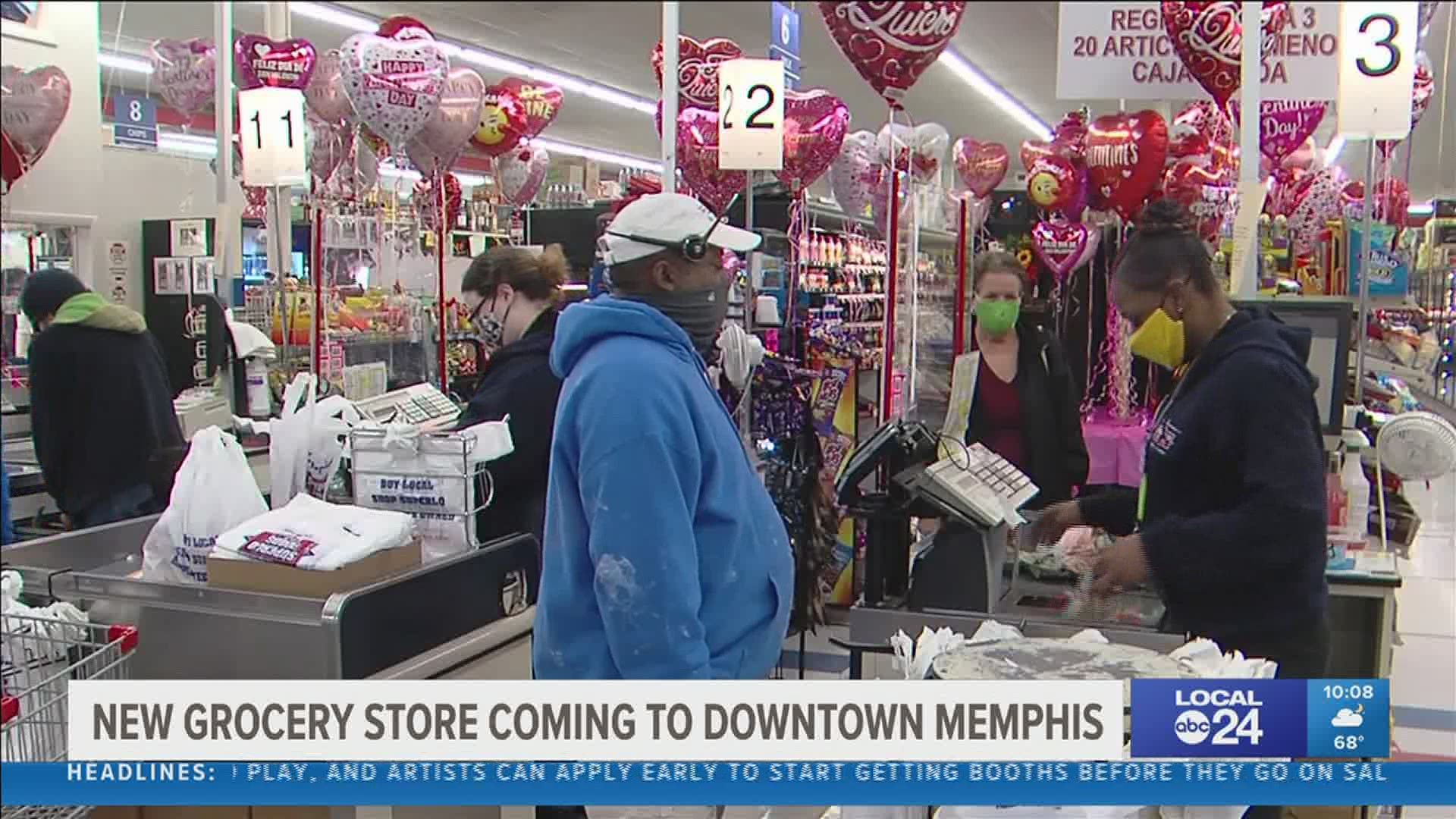 MEMPHIS, Tennessee — Downtown Memphis has long been waiting for a grocery store now, that wait will soon be over. A new option is coming to the South Main District.

“Because I don’t want to get into the traffic on Union I go to Mud Island to Miss Cordelia’s, which the process can be kind of crazy,” said downtown resident Lydia Perry. “But yeah, it would be great to get a local grocery downtown.”

Rick James is the owner of Castle Retail and said he’s had his eye on downtown, waiting for just the right conditions.

“Everything about the selection of a location comes down to the metrics of how many rooftops and how many mouths to feed and location,” James said. “That’s the three combination factors that you look at.”

“I know that when Tom bought that building four years ago he envisioned it as a grocery store,” he said. “Many of the things that he has done in preparation has been with that in mind.”

A long-awaited grocery store will come to downtown Memphis (South Main district) later this year. This is the building on Webster Ave. where it will open. @LocalMemphis pic.twitter.com/tsYdIAuP6E

City Council member JB Smiley Jr. said downtown is booming with plenty of folks moving to the area, also adding that South Point will help keep dollars in the city.

“One you could drive across the bridge to West Memphis and we do not like that because we want the dollars to be spent in the city of Memphis or you can dive down Union,” Smiley said.

The store will have a focus on fresh products, a butcher shop, deli and a large selection of beer.

“Having the ability to walk, or ride the trolley or whatever or your bicycle down to something that’s a lot closer means a lot to people downtown,” said Cyndy Grivich Tucker, who has lived downtown for 30 years.

James is aiming for the store to be open mid-October to early November of this year.