The history of wearing white before and after Labor Day

From where does the saying "you can't wear white after Labor Day" come? A fashion historian weighed in on the age-old question. 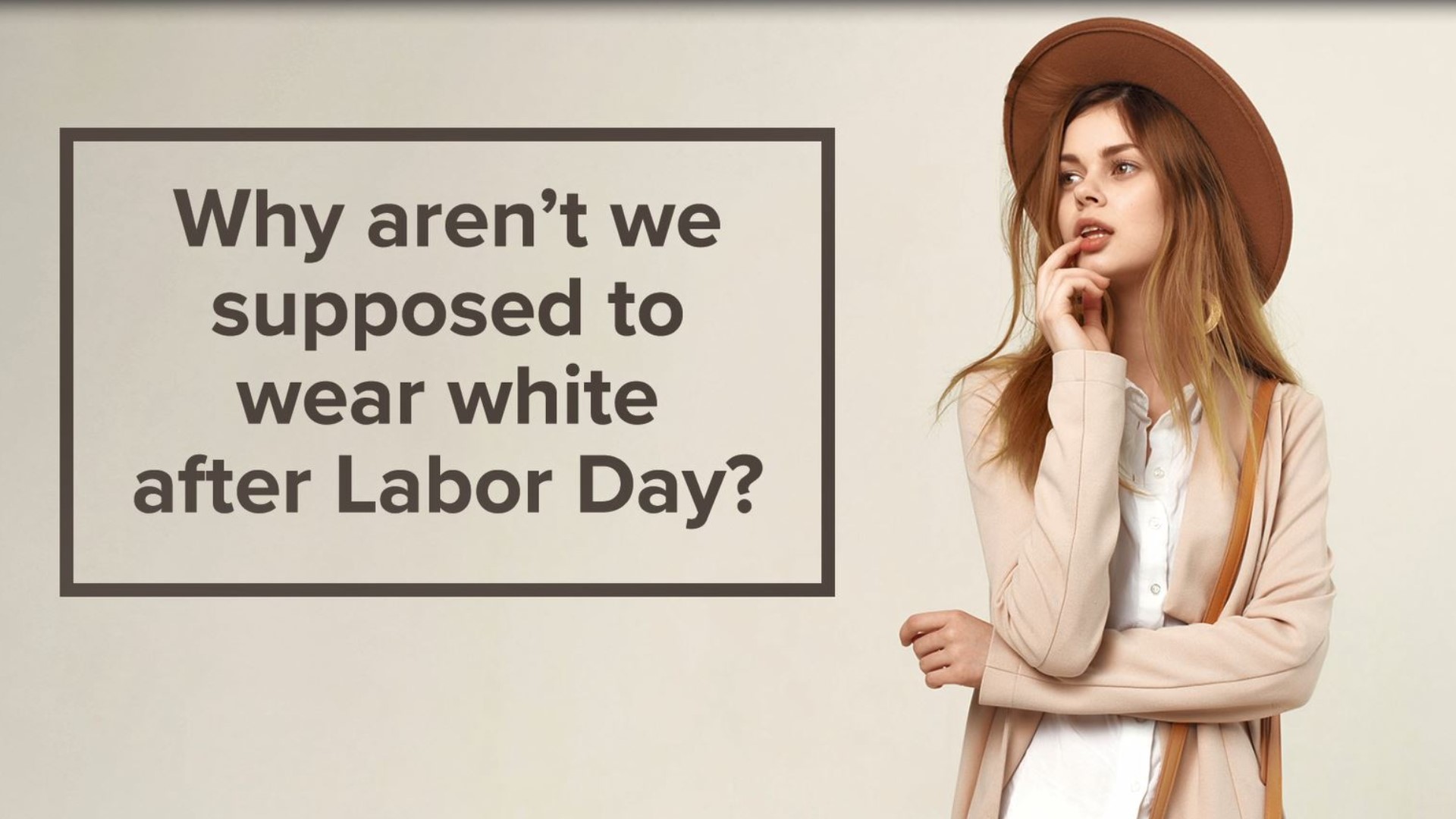 SAN DIEGO — There’s the age-old saying that you’re not supposed to wear white after Labor Day, but where does it even come from, actually?

”I have no idea,” said Leila as she was enjoying a day at the beach in Encinitas to mark the start of September. “I think it was just a quirky thing someone said once maybe on a tv show, and then it stuck.”

For a better understanding of this pressing question, News 8 turned to Jeanne Reith, an adjunct professor in fashion history at San Diego Mesa College. Reith said she was a costume designer for many years, and along the way, she researched the historical periods that inspired her costumes.

When it comes to this Labor Day question, Reith looked back to about 130 years ago. She said it all started with the elite class of the Gilded Age that wanted to elevate and separate itself.

“They would not only buy different clothing, taking the ships over to France every year and getting clothing that was from the French designers, but they would also make up certain rules, and one of the rules that they had - because they would go to their summer homes  - was in the summer, we wear white,” said Reith.

Sure enough, Reith said the color white became a status symbol in the 1890s into the early 1900s.

”During this time period, whites become more popular, especially trying to look like you play tennis even if you don’t,” said Reith. “One of those reasons is also people are emulating movie stars.”

Reith said the change in attire also symbolized a change in seasons.

”You don’t get that kind of wealth by sitting around, so these are hardworking people that go to the city and work from September through May, and then they go and play in the summer,” said Reith. “So, when they would leave that summer vacation home, they would put away their whites and bring out their wools and their colors.”

So, if the color white is for summer weather, does this rule still apply in a place like San Diego that sports summer-like sunshine long after September?

”I think that there’s a different rule completely for us, especially where we are and Hawai’i, but you can always replace that white for a piece of linen that’s a different color,” said Reith. “I mean, linen can still work and always does work, but you don’t have to be beacon white in the fall here.”

So, what do San Diegans think about this old rule?

”Yeah, I don’t see why not,” said Leila. “Personally, I think white’s the best color on most people. Makes you look tan. Very Californian.”

Reith pointed out that some stores - like H&M and Bloomingdale’s - have already rolled out their autumn collections.

This photo from the Hotel Del Coronado exemplifies this early 1900's trend:

WATCH RELATED: The history of pockets and purses