The Importance of Black Genealogy

Slavery and lack of documents have kept many Black Americans from knowing their family’s full story. But the Black Genealogy movement is working to change that. 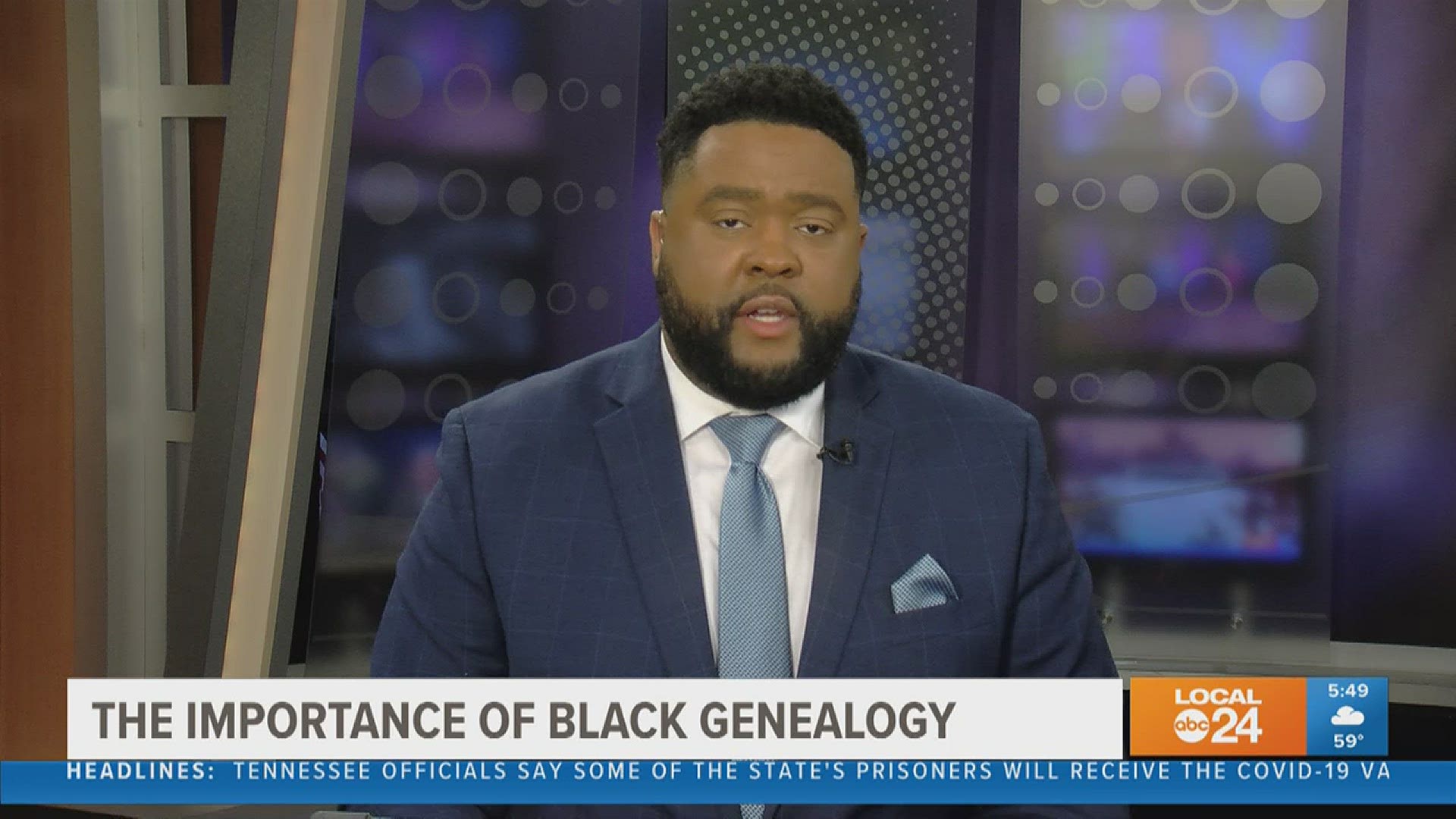 MEMPHIS, Tenn. — Every life has a story, and genealogy helps us put our full picture together. But for Black Americans, this can be a difficult and a painful task. Slavery and lack of documents have kept Blacks from knowing their family’s full story. But the Black Genealogy movement is working to change that.

Imagine being reduced to mere property. Prior to emancipation, enslaved Africans and their descendants were not included in the U.S. Census. And for some, the only recognition of them were found on “slave schedules” or an owner’s will.

While the lack of records presents challenges for African Americans looking to connect with their ancestors and lineage, there are ways to trace your genealogy.

Teresa Hill Mays of the Afro American Historical and Genealogical Society of the Memphis and Mid-South Chapter said, “You should start with what you know. If you know something in particular than you build on that base. If you don’t know anything, you need to gather information. Find someone in your family and I call these people the ‘Keepers of the Flame.’”

There is normally someone in your family keeping pictures, important documents and obituaries. These items can be the key to unlocking the next person on your family tree. The next step - decide if you will trace your family’s history through your father’s or mother’s bloodline.

For Nelvia Brady-Hampton and her husband, Jack Hampton, it was important to know their family’s story, and regardless of how painful the process may be, it would shed light on the struggles their relatives endured. For Nelvia, she unmasked a family secret about her father.

“DNA comes out and I do the DNA and one of the first matches I got was from a guy by the name of Robert Moore, Jr. Robert Moore was my father’s brother - the one who raised me,” said Nelvia. Nelvia's dad was her dad, and her mother didn't know. As for Nelvia's father, he died thinking that perhaps Nelvia was not his daughter.

For Jack Hampton, his genealogy journey sent him searching for a family hero, and he found one in George Washington Hampton, a member of the United States Colored Troops.

“I wanted to know more about how he became a sergeant. Then I found out during my research that George was a spy for the Union Army and he would infiltrate to the South and spy on the Confederates,” said Jack.

This led Jack to his great-great-great grandfather’s gravesite in the Elmwood Cemetery in Centralia, Illinois. Jack said when him and his wife Nelvia got to the cemetery, there was no headstone for George Washington Hampton.

“While looking around we know where the grave is supposed to be, and Nelvia happens to see a little piece of a headstone sticking out of the ground.”

Jack dug up the headstone and replaced it on George’s grave. He later learned his 3rd generation grandfather was demoted to corporal, after leaving his watch to see his wife. However, George’s name is engraved on the African American Civil War Memorial in Washington DC.

If you’re interested in beginning your family genealogy journey there are several sites that you can use. Start with “free” then to “fee” resources like, FamilySearch.org, FindAGrave.com, MyHeritage.com, FindMyPast.com, Ancestry.com, Newspapers.com when researching. And, if you hit a dead end don’t stop.

"When I hit a dead end on a family line, I switch. If you’ve been over here on Smith’s for a while and you bump the wall and you can’t do anything right, then… pause,” said Teresa Hill Mays.

Try to find a collaborator or someone to assist you on your journey.

Mays went on to say, “Sometimes a brick wall is not really a brick. It’s a brick wall, but it’s not high enough from keeping you going over it. You have to keep trying. Don’t get frustrated when you hit one. Regroup and get ready to try again.”

If you want to learn more about your genealogy and how to get started, there are several books and other resources available including a toolkit. 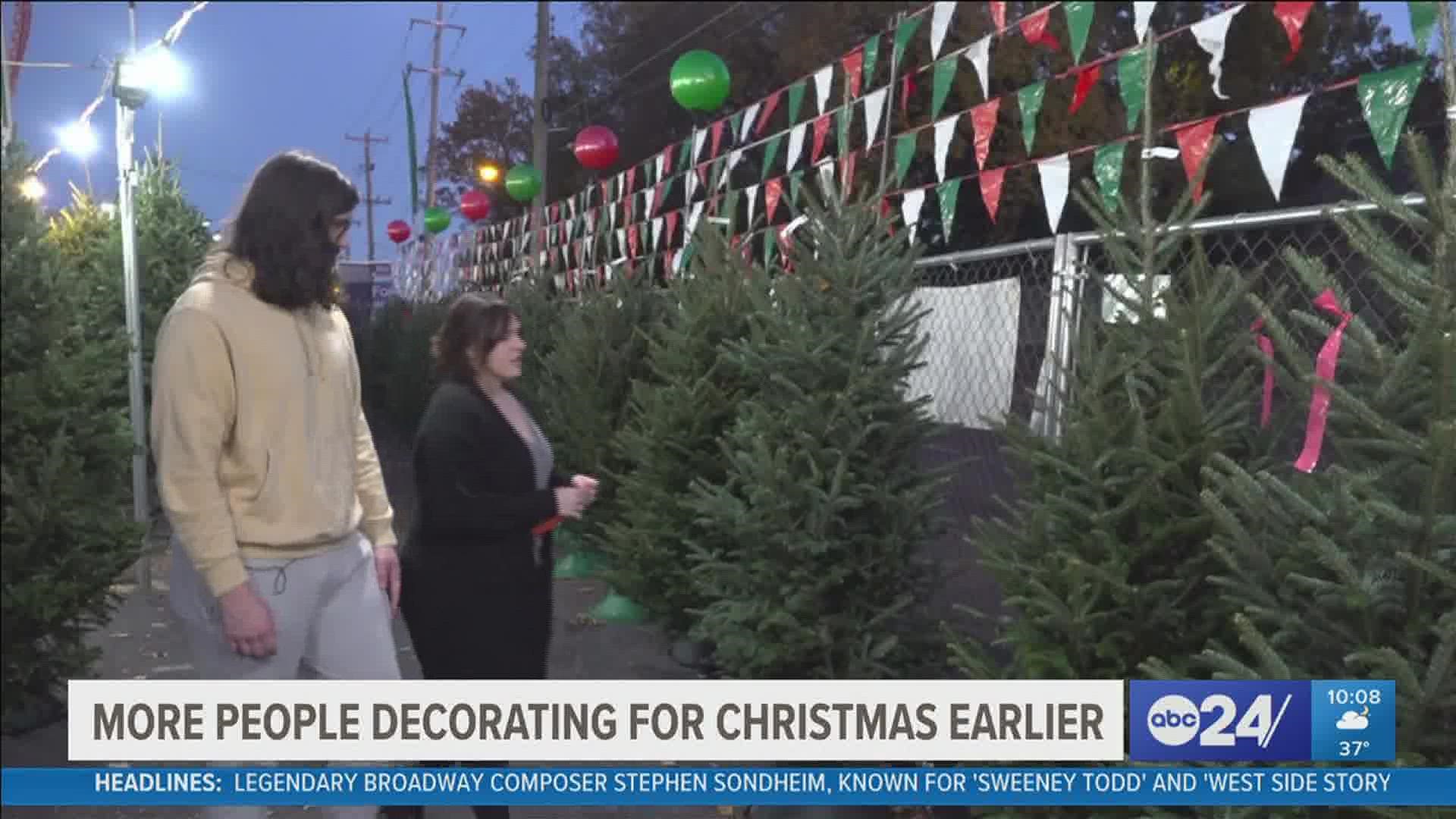 How early is too early to decorate for the Christmas holidays?