The owner of Supreme Cuts barbershop is training with the Confess Project, a movement aimed at aiding the Black community with mental health. 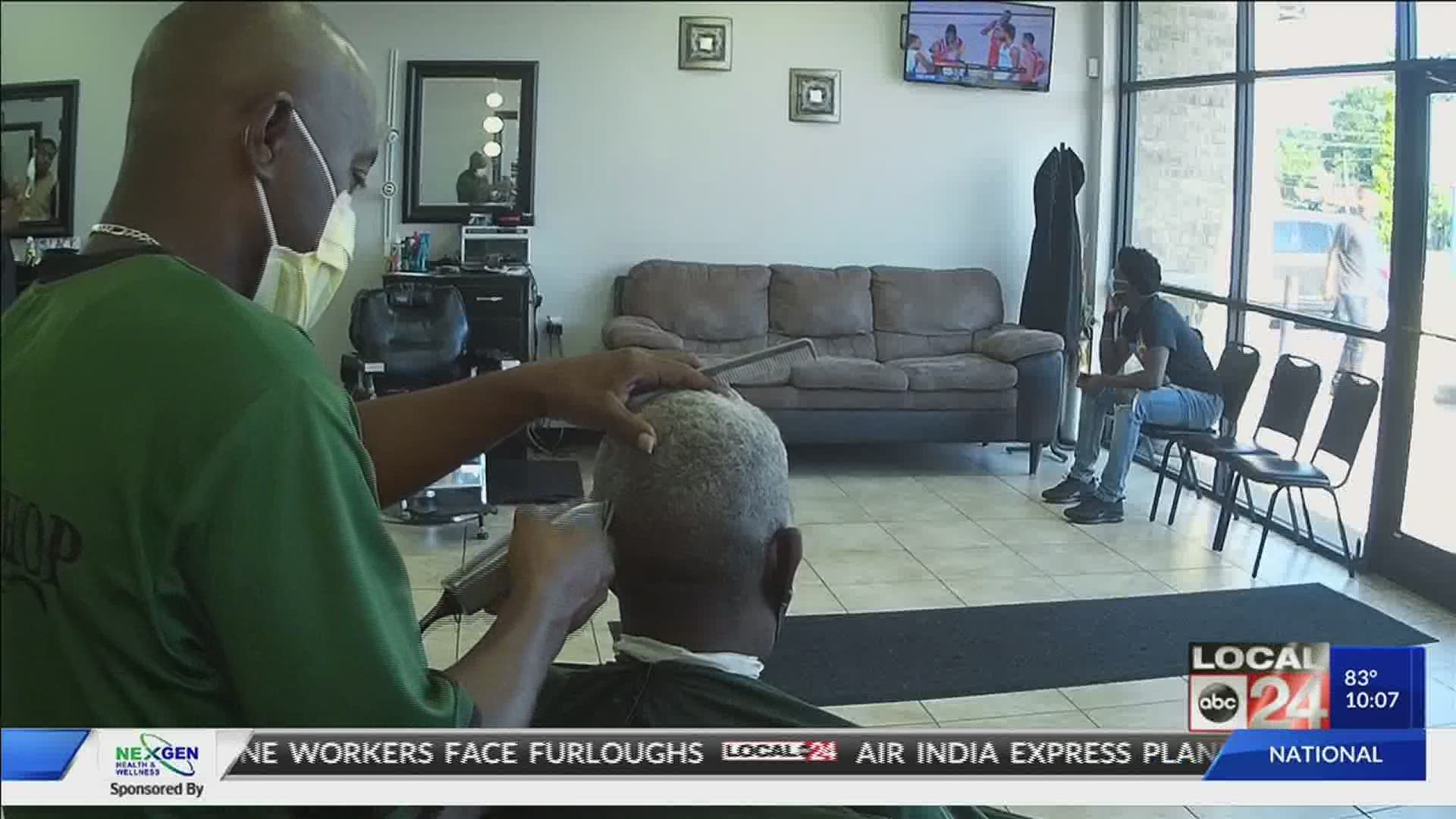 MEMPHIS, Tenn — When you find yourself in the barber’s chair conversation often floats to sports or the news of the day.

But one Memphis barber is going through training to help black communities by becoming a mental health advocate.

Mental heath is often stigmatized. That’s why the Confess Project is helping to open up conversations even further for men as they sit in the barber’s chair.

When you take a seat in Darius Prude’s chair you’re getting more than just idle talk and a fresh cut.

Conversation is part of the culture at barbershops like Supreme Cuts.

"Anything been on your mind this week?" Prude asked his client, Mr. Gregory on Friday afternoon.

Prude - the owner of Supreme Cuts – joined the Confess Project, a movement that addresses mental health for boys, men of color and their families.

“For somebody new, I try to get them to talk,” said the barber. “Try to ask a few questions get them to open up. Just try to gauge you know how is there mental well being.”

Prude is one of many Black barbers now being trained to converse with their clients on mental health discussions which otherwise may have not been brought up.

“Mental health is, in our community, is really a big problem,” commented Prude. “Our people, you know what I’m saying, because of what we’ve been through throughout the years, it plays a lot into our everyday life.”

According to Mental Health America, Tennessee ranked number 42 on how much mental health care exists within a state.

Prude decided to take another step to help and support.

“I feel that it’s necessary to do something to try to lift a hand, lift a voice, something,” said the barbershop owner. “So because of that it means a lot to be more than just a barber.”

“Seek help, talk to people and figure out if you’re having issue or not, which in most cases a lot of us do.”