A national report released last year showed only 20-percent of the 5.6-million business owners were people of color and the percentage of women even smaller. 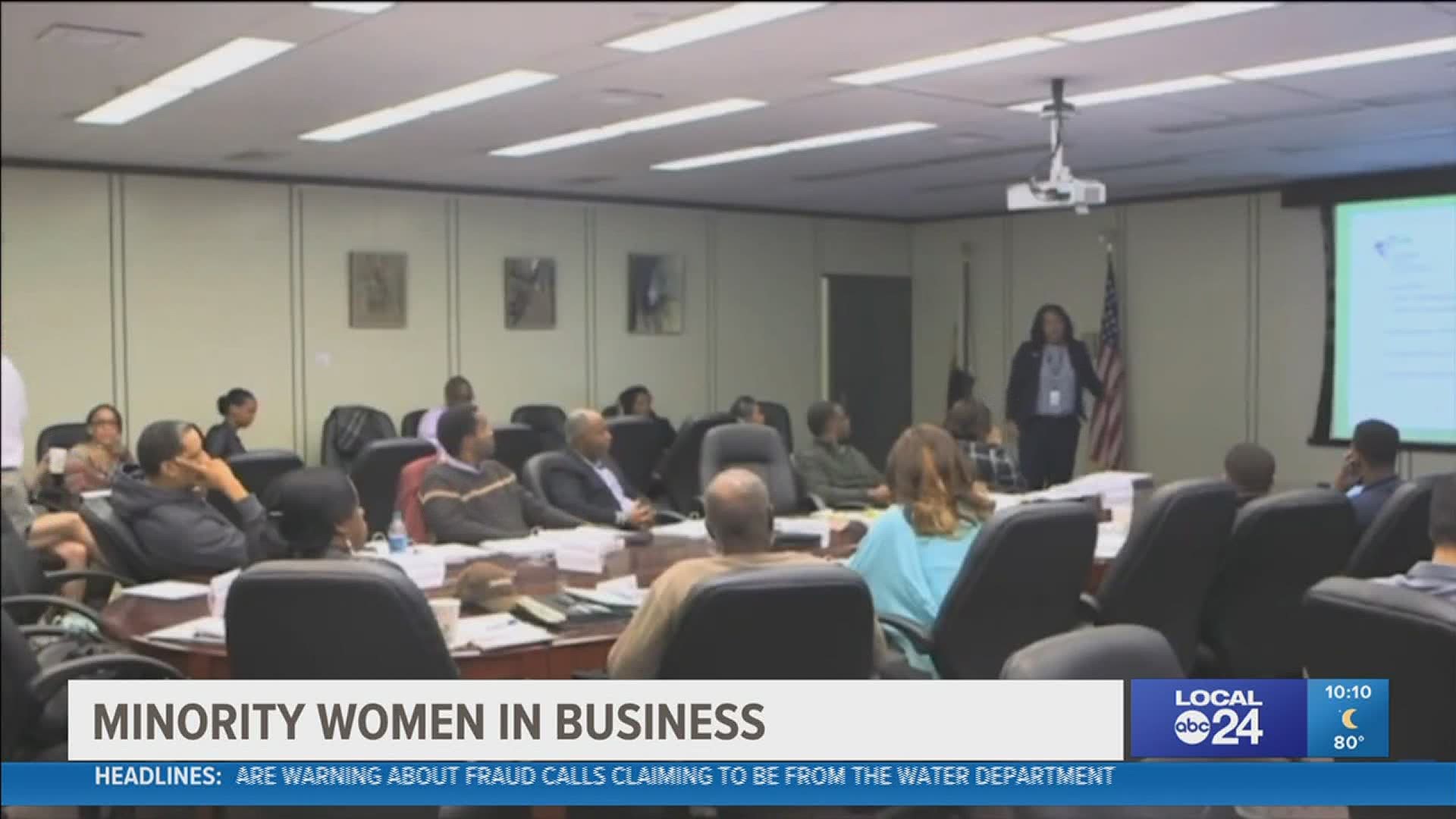 MEMPHIS, Tenn. — Despite Memphis being recently recognized as a top city for Black and women owned businesses entrepreneurs still run into challenges.

The City of Memphis Office of Business Diversity and Compliance has programs in place to help.

A national report released last year showed only 20-percent of the 5.6-million business owners were people of color.

The percentage of women even smaller.

Two Memphis women are offering sound advice and support for Black women getting down to business.

She later sold with more than 2-hundred employees.

Hardy doesn't mind sharing her experiences as a Black woman business owner building towards the success of others.

She was a presenter at this year's We Mean Business symposium organized by the City of Memphis Office of Business Diversity and Compliance.

"Well, one of the things Rudy, you now it's important that they bid on contracts that become available through the office and when they're not successful they need to understand why they weren't successful, You know, if they weren't competitive. If they weren't bondable," said Hardy.

Along with U of M head basketball coach Penny Hardaway, Hardy shared her insights during the symposium now in year 5.

"The city has good payment practices. Small businesses don't have access to working capitol and it really becomes a major issue when they have to wait 45 to 65 days to get paid. That doesn't help anybody," said Hardy.

It's one of the biggest things, Hardy says, impacts the success of a small business.

Her company's practice, like the city: present your invoice today, get paid tomorrow.

Hardy's success proves inspiring to others as it's grown a Hardy Investments taking on other endeavors.

Joan Massey, director of the Office of Business Diversity and Compliance says the focus of this year's symposium was pandemic recovery for small minority businesses.

“When Strickland took office in 2016, the city’s diversity spending was at 12 percent. His OBDC staff - headed by Joann Massey - has since increased that to 21 percent.”https://t.co/c4HsumkciY

"The way to get the businesses back on track and to restart the momentum we were experiencing prior to the pandemic is to get them contracts and opportunities. To get the money flowing, to get the revenue, to get the employees back to work," Massey.

Hitting people, literally where they live.

"Black businesses hirer other black people in their neighborhood. So, how do we fix or employment issues. How do fix economy, crime, education, by ensuring small entrepreneurs have opportunities," said Massey.

Hardy explains how from a retail perspective the investment in women in business makes sense and cents.

"Most of the buying decision that are made in the grocery store are made by women. So if you have no women on your staff, you have no women suppliers, no women vendors they're not giving you their perspective and women are making those decisions," said Hardy.