Brace yourself, more restrictions could be tightened as soon as this week

In a county commission meeting on Wednesday, the Shelby County Health Department director said tripwires could be triggered. 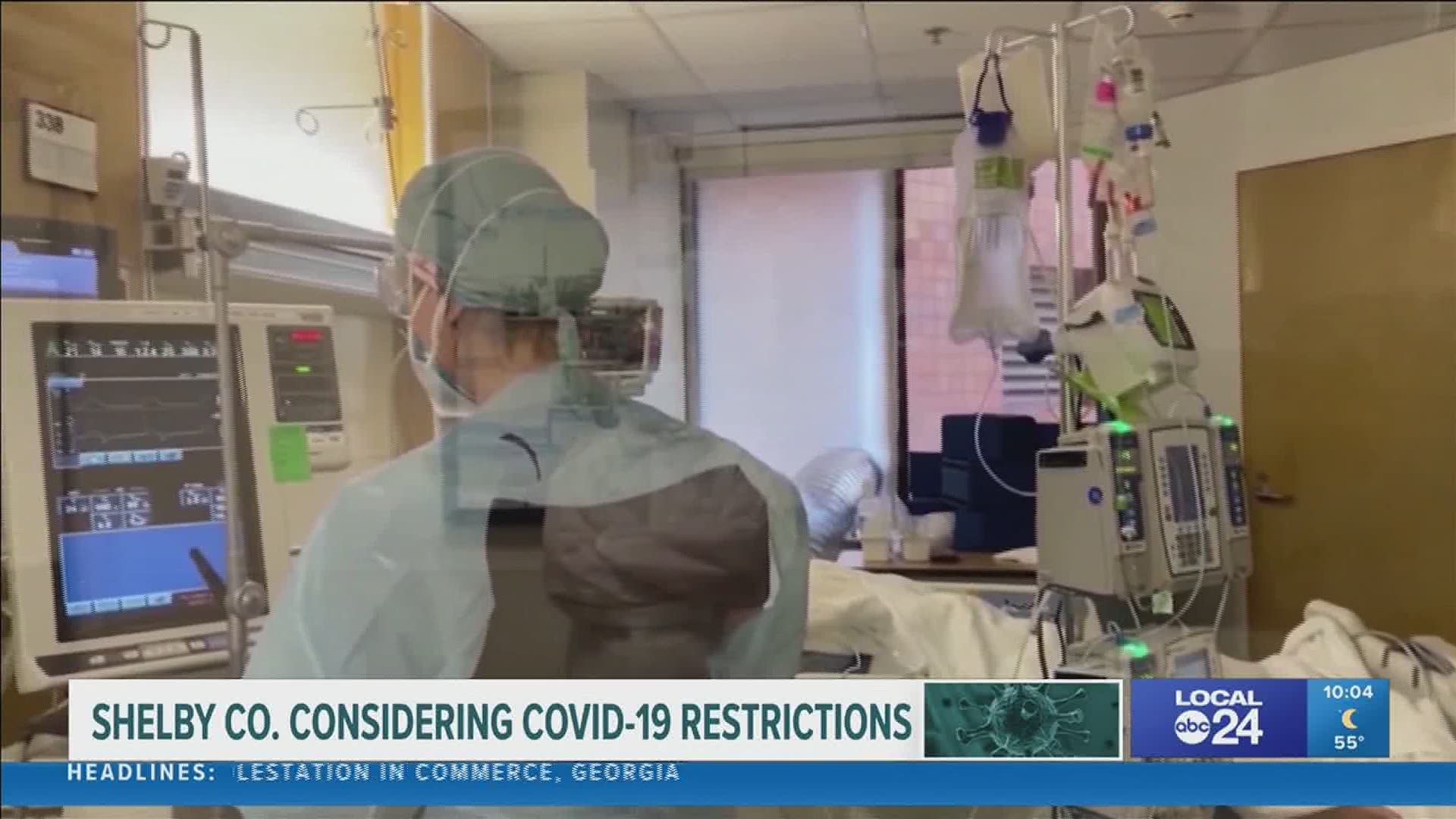 MEMPHIS, Tennessee — Restrictions in the greater Memphis area could tighten as soon as this week.

According to Shelby County Health Department Director Dr. Alisa Haushalter, if troubling COVID-19 trends continue, tough county-wide decisions will have to be made.

Dr. Haushalter told the county commission Wednesday that a health directive could be announced as soon as Friday.

The restrictions would be a list that was outlined in August.

“What we will look to do is roll out a health directive, ideally by Friday, if we need to take additional steps,” said Haushalter.

The health department director said ‘tripwires,' a certain set of numbers that launch restrictions in the community, could be activated.

NEW: Shelby County Health Dept. Director Dr. Alisa Haushalter said today in a county commission meeting there could be a “roll out of a health directive ideally by Friday.” @LocalMemphis

"If you’ve been keeping up with the health directives and the tripwires, we have reached the place where we will need to implement additional measures for containment purposes,” she said.

If we reach an average of 450 new cases per day over a week’s time, a rate of new cases increasing by 40% or greater over a seven day period, a reproductive rate greater than or equal to 1.4 and a positivity rate of 18% or more, limited-service restaurants and bars could close.  Regulations on sports activities could also occur.

“Our reproductive rate is above 1.2% and our duplication rate is shortening which means the time is takes to double the cases is now at about 42 days,” said Haushalter in a task force briefing on Tuesday.

“When you’re working out, taking the mask off," said David Sweat, the county's chief of epidemiology on Tuesday. "You’re breathing, you’re breathing hard. You’re in a social environment eating you take your mask off so you can eat and drink but you’re sitting at a table and talking with someone.”

Sweat said such activities are where the virus is transmitted the most according to data.

Now – a decision this week is likely to be made to try to slow the spread of the coronavirus.

“In the document it clearly says that if our numbers reach the place that they are now that we would have to make some closures," Haushalter said. "So I want to be frank about that.”