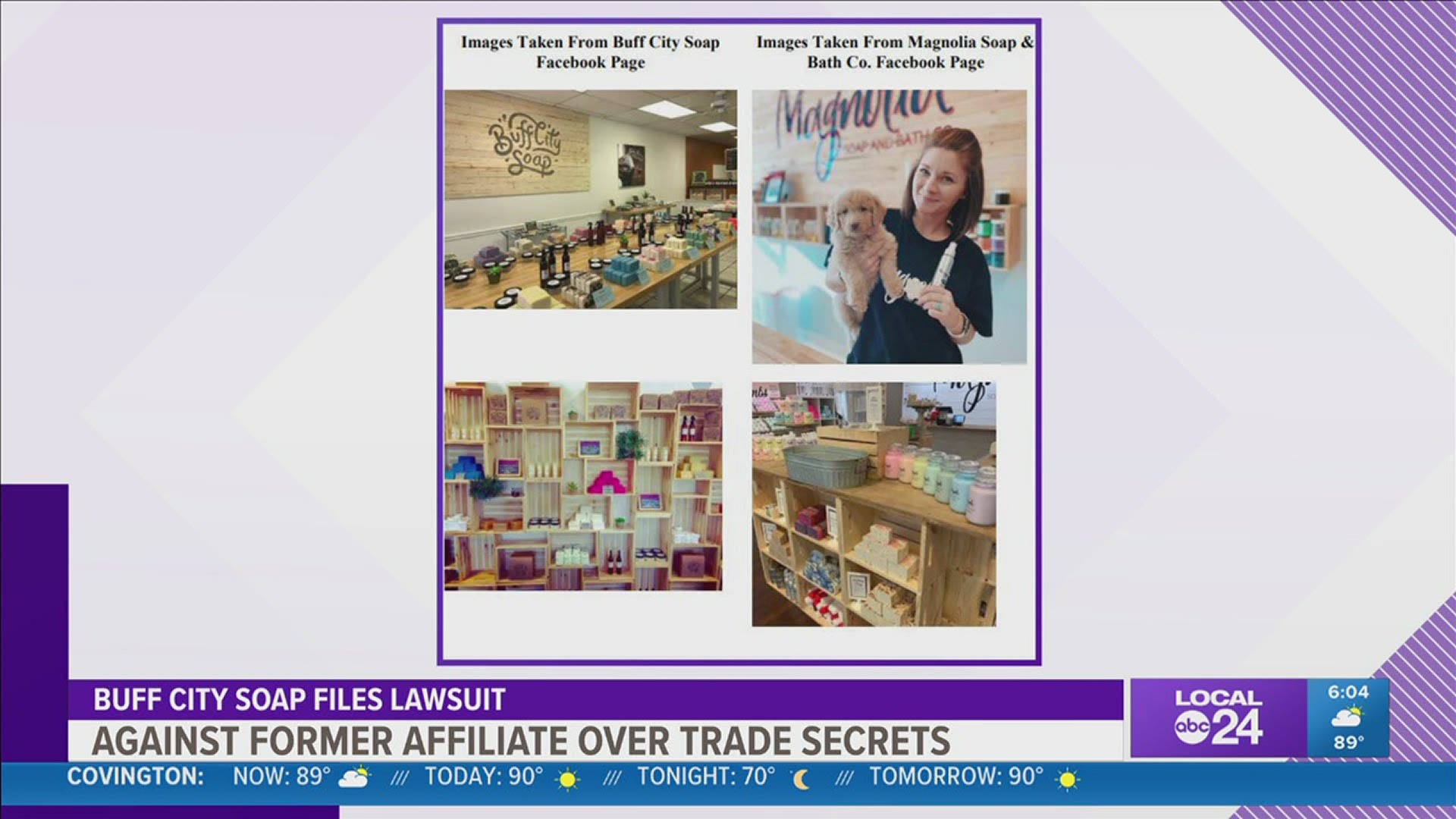 MEMPHIS, Tenn. — Buff City Soap is suing a former operator who it said created a competing soap business after running a franchise for the company.

According to court documents obtained by the Local I-Team, Buff City Soap claims Magen Bynum, founder of Magnolia Soap and Bath Company in Mississippi, caused irreparable harm and unfair competition to its brand by passing off Buff City Soap brand products as her own.

Buff City Soap, which began in Bartlett, Tennessee, alleges Bynum is costing them customers and revenue.

Bynum filed a counterclaim, denying most of the allegations in the Buff City Soap lawsuit.

You can read the lawsuit filed by Buff City Soap HERE.

You can read Bynum’s counterclaim HERE.