After the federal unemployment program ends, Tennessee will revert back to its original program that pays up to $275 per week — the lowest in the country. 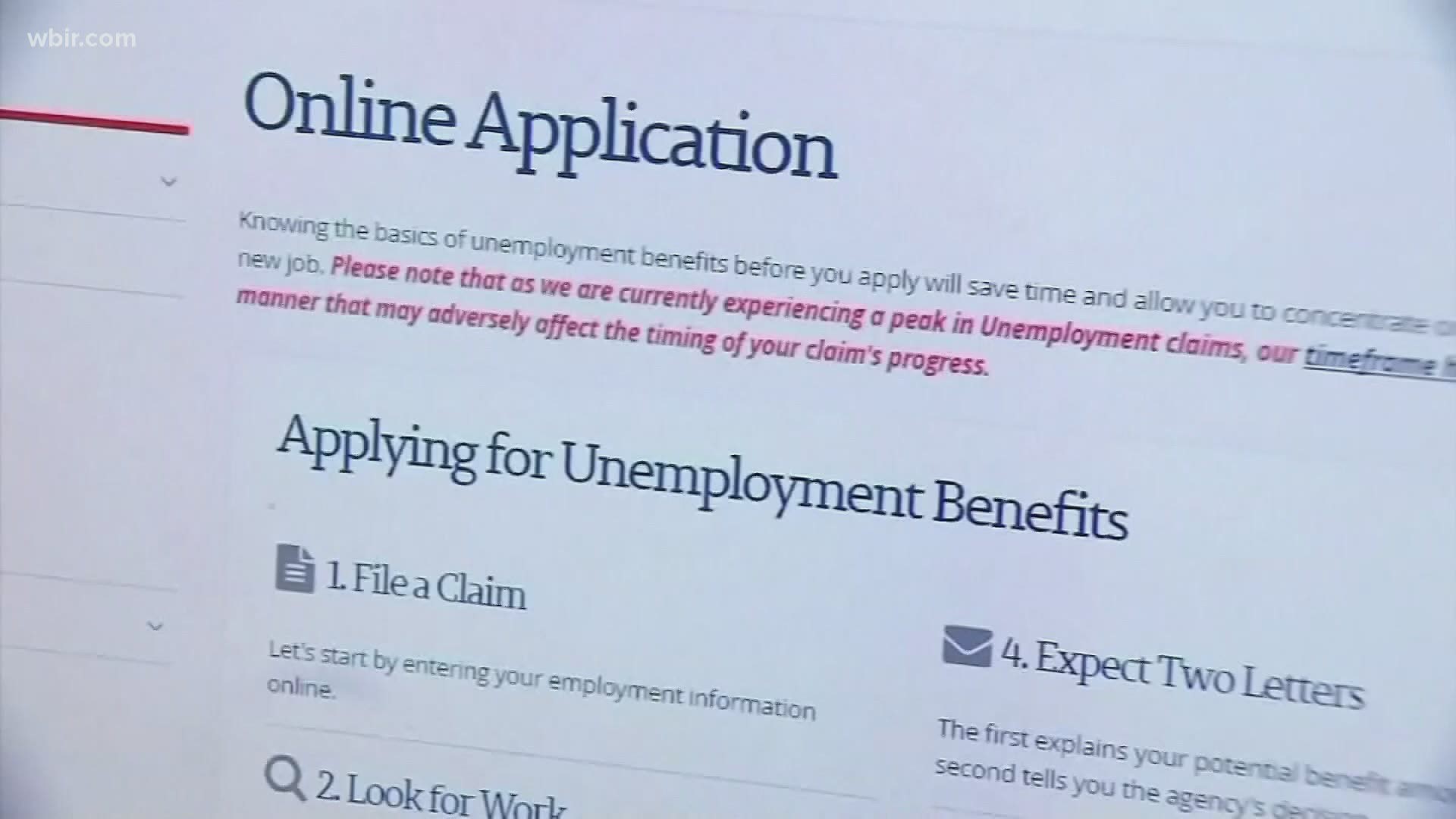 KNOXVILLE, Tenn. — On Saturday, Tennessee will stop participating in federal unemployment programs that provide an extra $300 for people out of work across the state. They will lose those benefits, and fewer people are expected to be eligible to collect unemployment payments.

July 3 is approaching and many unemployed people are worrying about finances. Many restaurants said they hope the change will help them hire more workers as more people start seeking employment to pay bills and buy food.

"I would say we probably have a 65% rate of no-shows for interviews during those last two and a half months," said Drew McDonald, who works with the Plaid Apron in Knoxville.

Many hospitality industry leaders also said that the decision to end participation in the federal unemployment program led to a larger hiring pool.

"As soon as it was announced, my hotels and restaurants were telling me they saw an increase in applications and people showing up for interviews," said Jill Thompson, executive director of the Greater Knoxville Hospitality Association.

However, some restaurant owners aren't hoping that the size of the hiring pool changes as much as the quality of it. Brian Strutz, who works with A Dopo Pizzeria, said that he hopes putting an end to federal unemployment payments will lead to higher-skilled people applying for jobs at his restaurant.

Governor Bill Lee pointed to more than 200,000 open positions across the state in late May as a reason to pull out of the program, although most pay less than $20,000 per year.

After the federal unemployment program ends, Tennessee will revert back to its original program that pays up to $275 per week, the lowest in the country.

Hospitality and restaurant also said that although the decision could lead to a change in the hiring pool, they expect business to stay tough for the foreseeable future.