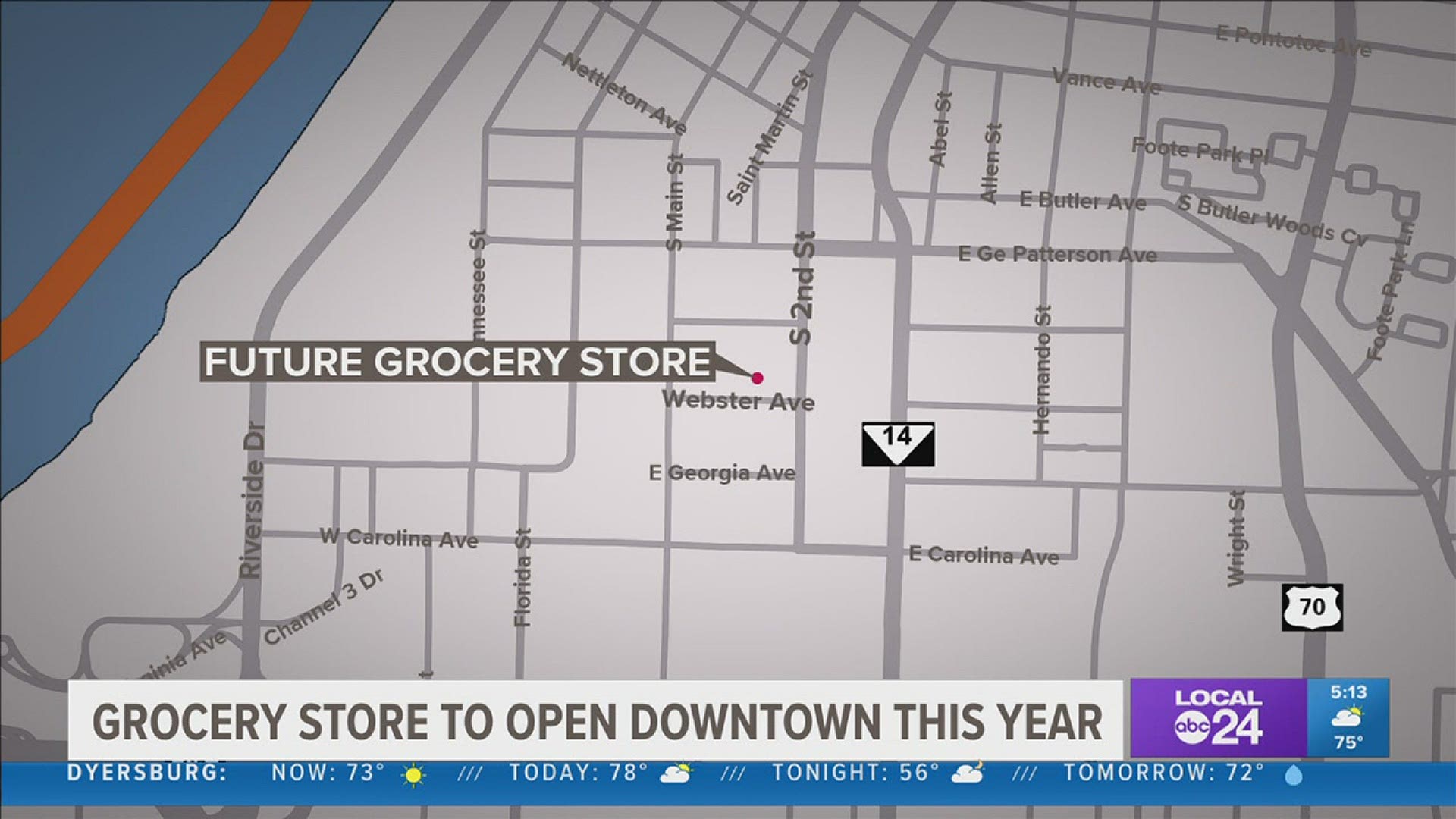 MEMPHIS, Tenn. — The dream for a full-service grocery store in downtown Memphis will become a reality.

Tom Archer, the owner and president of Archer Custom Builders, bought the empty building in 2017. The building was originally home to Liberty Cash Grocers.

Archer is working with grocery veteran Rick James to complete the project over the next few months.

An opening date hasn't been set, but the two men say the store will be open for service before the end of this year.

Read the full news release below:

Tom Archer, owner and president of Archer Custom Builders, has partnered with CEO and owner of Castle Retail Group, Rick James, to bring a long-awaited grocery store to downtown Memphis later this year.

In 2017, Tom Archer purchased an empty building at 136 Webster Avenue with the idea that it could bring a grocery store to the South Main area of downtown Memphis. “I have believed in this site since I first laid eyes on it, and although it took longer than expected, we’ll deliver on our promise to bring a grocer to this neighborhood,” Archer said.

Rick James, a grocery veteran of 45 years, will soon begin the process of completing the first floor of the building that once housed Liberty Cash Grocers, Inc. “I have had an eye toward downtown for 20+ years, waiting for the population and location to make the venture favorable,” James said. “This site is perfect for our needs and will serve a growing population in the south end of downtown.”

James recently purchased and renovated High Point Grocery in East Memphis and sees similarity in the two projects. “High Point has given us the confidence that a small, neighborhood-centric store that is really attuned to the needs of the community can thrive. We will replicate that experience at our new South Point Grocery at 136 Webster Avenue.”

According to Tom Archer, it was a visit to High Point Grocery that prompted him to contact James. “I was on another project in the area and having seen the news of the re-opening of High Point Grocery, I decided to stop in and see for myself,” Archer said. “I immediately knew that this was the store for downtown.”

Work completing the ground floor space is underway and will be finished in the next few months, giving way to Castle Retail Group’s transformation into a full-service grocery. “I have worked at new stores as a young manager, I have re-modeled stores as an owner, but I’ve never gotten to start one from scratch. We will work closely with the engineers and architects to bring a unique shopping experience to the community. Our focus will be on fresh products – from an incredible variety of produce to a butcher shop staffed with the best meat cutters in Memphis, to a great urban style deli with everything from sandwiches to entrees. And of course, we’ll bring the extensive beer selection we’re known for at Cash Saver Midtown and High Point Grocery.”

An opening date has not been set, but both James and Archer agree that this store will be open and serving downtown before the end of the year.