Smith & Wesson's new headquarters will be located in Partnership Park North in Maryville. The state said the company plans to break ground by the end of the year. 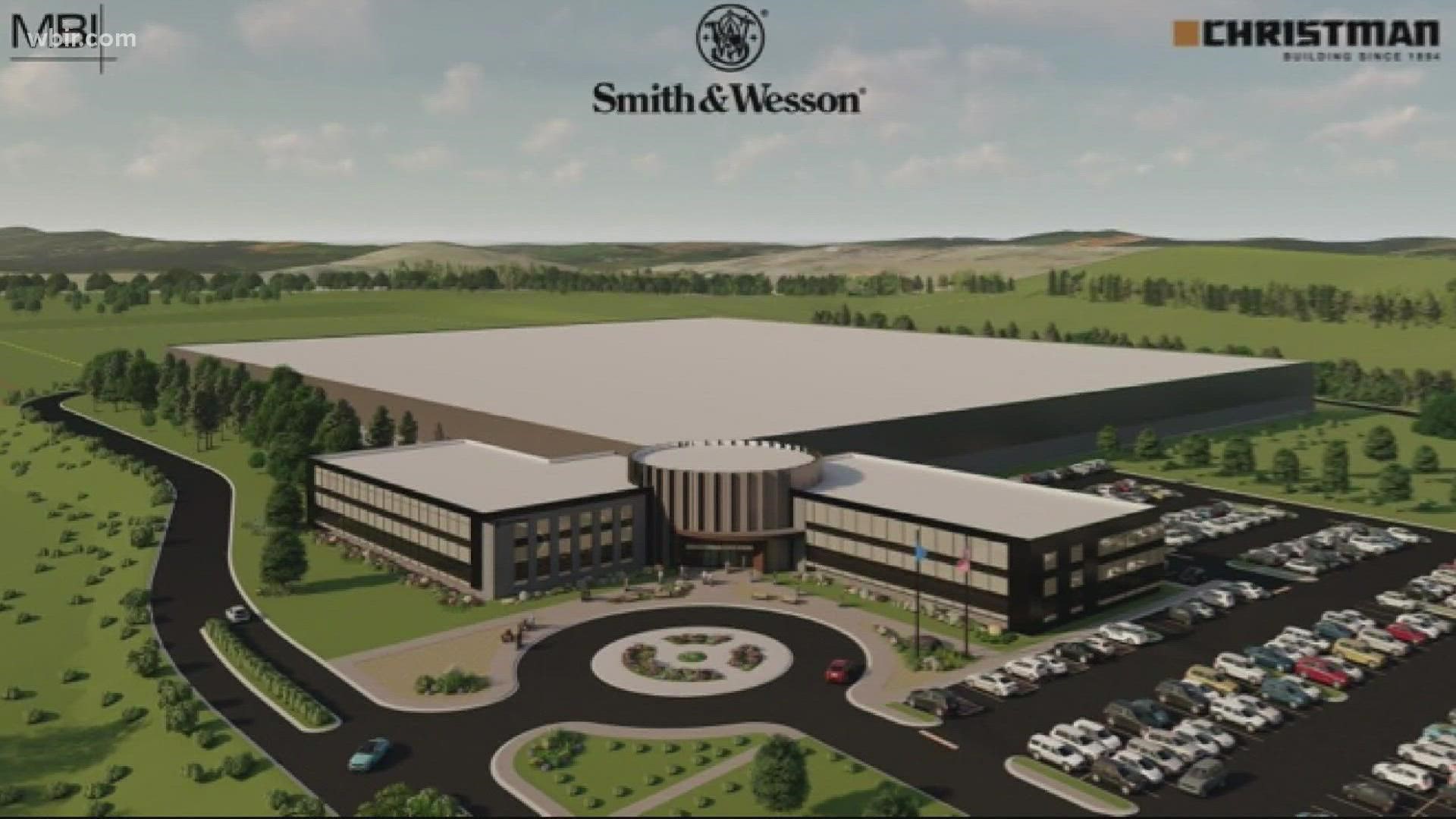 BLOUNT COUNTY, Tenn. — Gunmaker Smith & Wesson Brands announced it will be relocating from its historic headquarters in Springfield, Massachusetts to Blount County.

Governor Bill Lee and Tennessee Department of Economic and Community Development  Commissioner Bob Rolfe announced the news Thursday, saying the company will also relocate its distribution, assembly and plastic injection molding operations to Tennessee. The state said the project is expected to bring approximately $125 million and 750 jobs to the state.

"When you look at the payroll, and the quality of these 750 great jobs, it will be an enormous impact," Rolfe said.

"Then, we have a multiplier effect. Those are the indirect jobs that will be created. So for the Knoxville and Blount County area, this is a huge win today," Rolfe said.

Smith & Wesson's new headquarters will be located in Partnership Park North in Maryville. The state's news release said the company plans to break ground by the end of the year.

To encourage the move to Blount County, state economic development officials provided what's called an “incentive appropriate” FastTrack Economic Development Grant that is funded and administered through the department.

Details of the grant are supposed to be made public within 30 days.

According to the department, the grant is determined based on a formula that includes the number of net new jobs being created, the Cap Ex investment being made by the company and the average wages being paid by the company.

"This ECD Grant will also include an Accountability Agreement that includes various claw back provisions to protect the State in the event the company does deliver what it has promised," the department told WBIR.

“We are eager to have Smith & Wesson, the premier provider of firearms for law enforcement and the military, come to East Tennessee. Their long-standing American heritage, along with their commitment to adding to the economy, makes this a win for the county," Blount County Mayor Ed Mitchell said. "A huge thank you also goes to our county commissioners for designating our community as a sanctuary county of the Second Amendment.”

We're keeping our foot on the gas & I'm excited to announce another major economic development win.

Welcome to TN, @Smith_WessonInc! We're proud this company has chosen to relocate from Massachusetts to Blount Co. Thanks for creating 750 jobs & your significant investment. pic.twitter.com/bM4trYYMBp

The company decided to relocate for a number of reasons. One of which is the state's support for the second amendment. However, Rolfe said there were several other persuasive factors.

"We're going to continue to attract companies from around the country that are saying, I'm tired of being taxed, you know, and I'm looking for a higher quality of life," Rolfe said.

The company joins more than 20 other gun and ammunition manufacturers in Tennessee. The state said Tennessee has seen employment in the sector increase by 54% over the last five years.