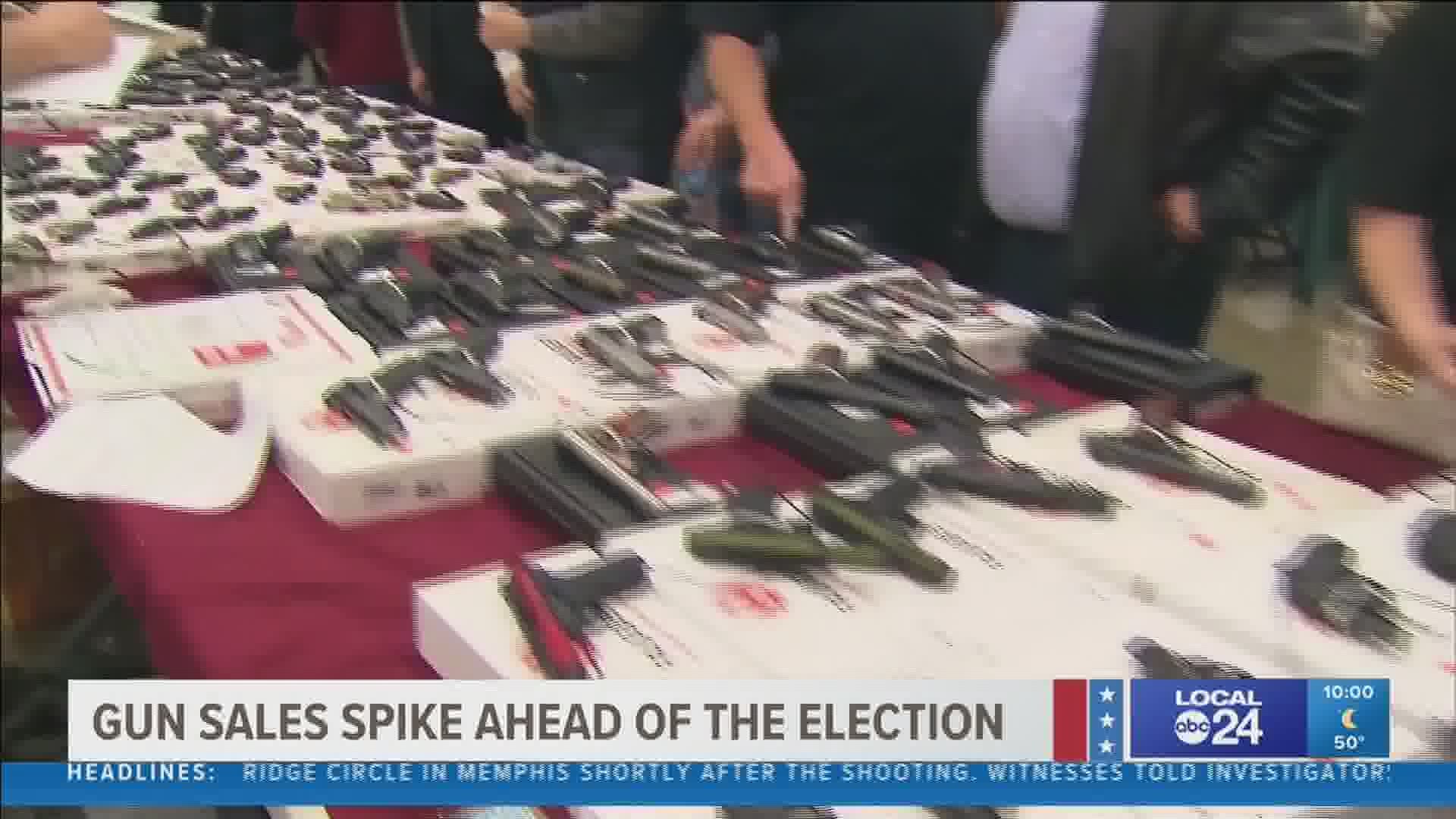 MEMPHIS, Tenn. — Election years typically have people on the edge of their seats. Mixed emotions about political outcomes can sometimes drive people to gun shops to feel a sense of protection.

Classic Arms and Top Gun Memphis owner Jay Hill said ammunition and guns have been flying off the shelves at his shop in recent months.

He said during a typical election year his shop will have a 15-20% increase in sales. However, this time around his sales have doubled that.

He has seen a lot of new customers coming in to buy their first guns, ammunition, and training. Hill said the incident with Mark and Patricia McCloskey, the armed St. Louis couple who said they feared for their safety after protesters entered their property, had "opened the eyes" of new gun owners.

"A lot of people saw that, saw the footage, and said that could easily be me or my family," Hill said.

Gun sales are skyrocketing over a fear of possible post-election protests.

Every election year there’s an increase of gun and ammo purchases.

Classic Arms owner says his sales have doubled this election year and his demand for training is up 200-300%. @LocalMemphis pic.twitter.com/YclZ8umDEw

He added the spike in sales is also driven by the stress of the pandemic and the civil unrest following the death of George Floyd.

"There’s just too much hatred and division in this country like we’ve never seen before," Hill said.

Hill's business has also set a record with a 200-300% increase in the number of people signing up to get training and permits. He said it is important that every gun owner be properly trained.