Several bars and restaurants sued over the qualifying factors that the Health Department used to shut them down. 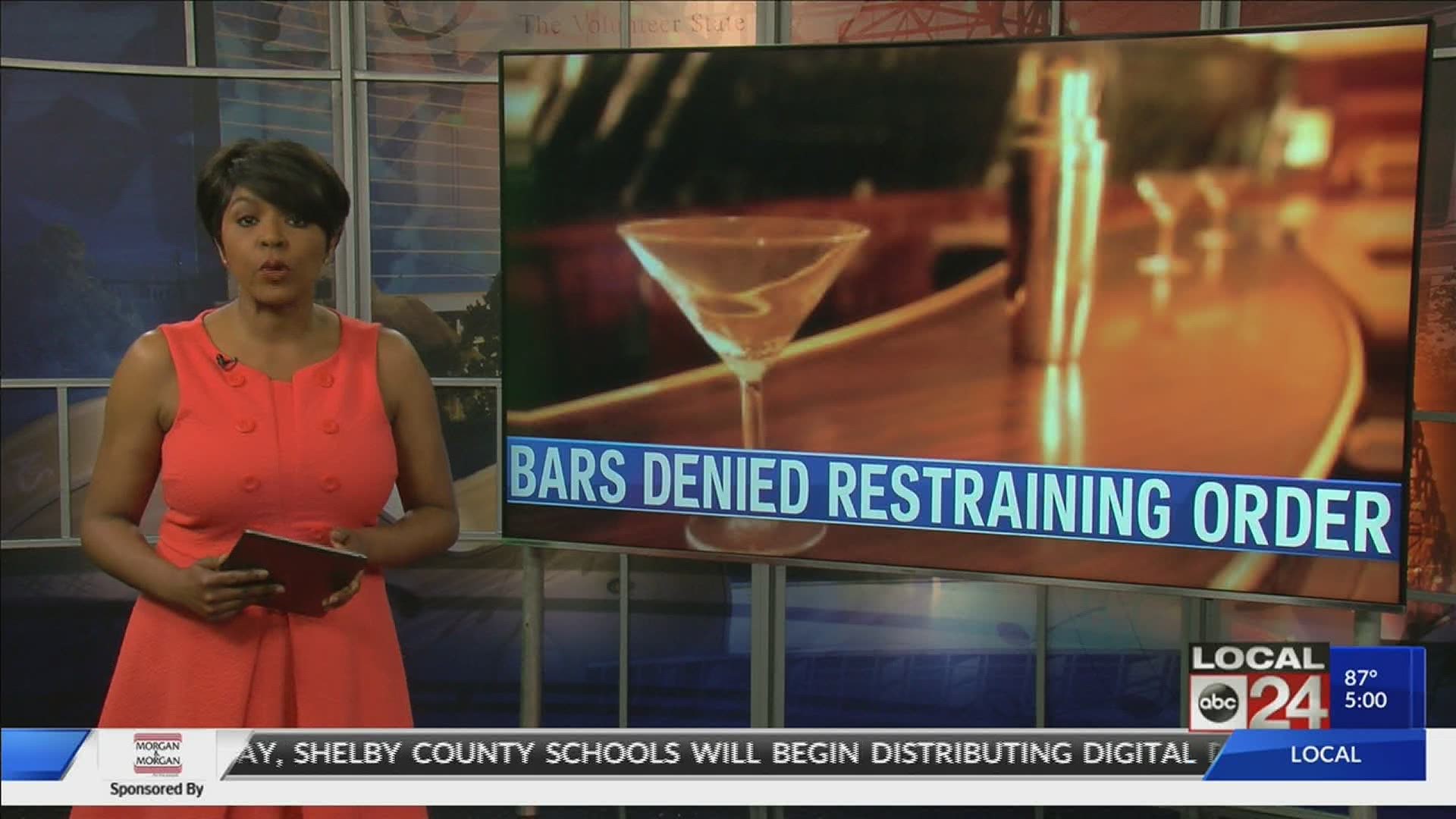 MEMPHIS, Tenn. — Judge Jon McCalla denied a temporary restraining Wednesday for a number of bars and restaurants forced to shut down by the Shelby County Health Department because they are labeled as "limited-service restaurants," meaning that they do meet the 50% of sales in food to quality as a "full-service restaurant."

"The global COVID-19 pandemic warrants special consideration," Judge McCalla said in his ruling. "It is well settled that “a community has the right to protect itself against an epidemic of disease which threatens the safety of its members.”

The nine bars and restaurants listed in the lawsuit against the Shelby County Health Department asked for a temporary restraining order to stay open so they don't further lose business.

Rik Hale, the owner of Hadley's Pub on the lawsuit, was "disappointed, but not surprised" with the ruling. He said many of the restaurants, who were following guidelines, were forced to close down as if it was a part of a "blind lottery."

“Not one person from the health department came out to our businesses or any of the locations in the deal and checked anything,” Hale said. "They just got a letter that stated who had a limited-service."

COVID-19 Frequently Asked Questions & Directives | Shelby County, TN | LiveStories
Health Directive Safety Measures for Individuals For ALL Services and Businesses Specific Services and Businesses FAQs Other Resources The Shelby County Health Department is committed to providing our community with the most accurate information about Coronavirus Disease 2019, known as COVID-19.