Former warehouse employees want AT&T to pay up after they say a manager threw a noose while making threats about performance. 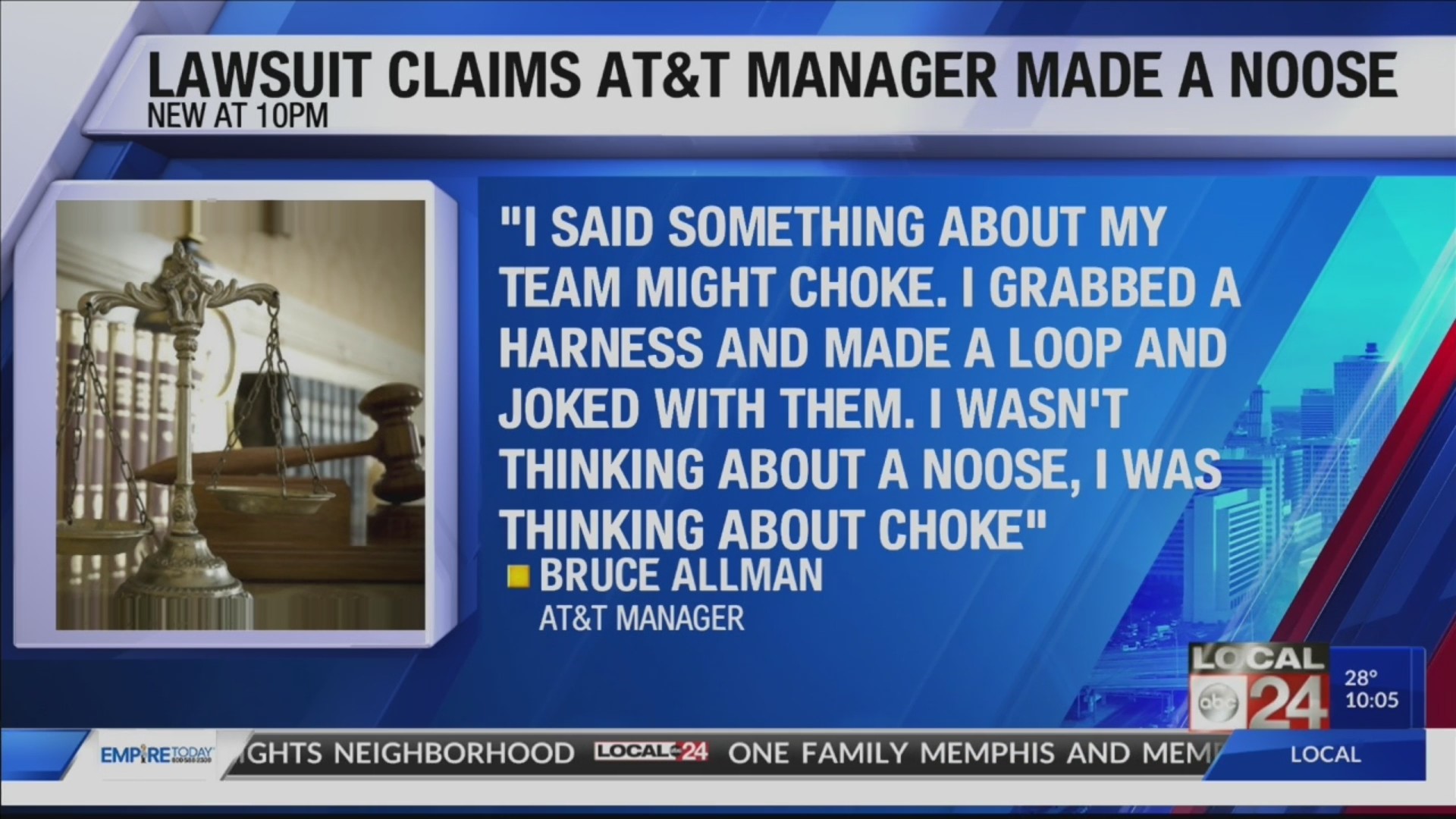 MEMPHIS, Tenn. (localmemphis.com) – Former warehouse employees want AT&T to pay up after they say a manager threw a noose while making threats about performance. The nine former Memphis AT&T warehouse workers are suing the company for firing them after they say they complained about a white supervisor who threw a noose at a black manager.

The lawsuit claims the supervisor made a noose and tossed it at the manager while making a hanging motion. It happened during a 2017 meeting about two missing i-Phones.

A letter from the supervisor claims he was talking about football but said he used bad judgement. Part of the letter reads, “I said something about my team might choke. I grabbed a harness and made a loop and jokes with them. I wasn’t thinking about a noose, I was thinking about choke.”

AT&T said it investigated the claims and didn’t find evidence of discrimination or threats.