A grand opening party throughout the Arrive Hotel at 477 South Main brought the number of hotel rooms in the Bluff City up to 22,000 as the city prepares to re... 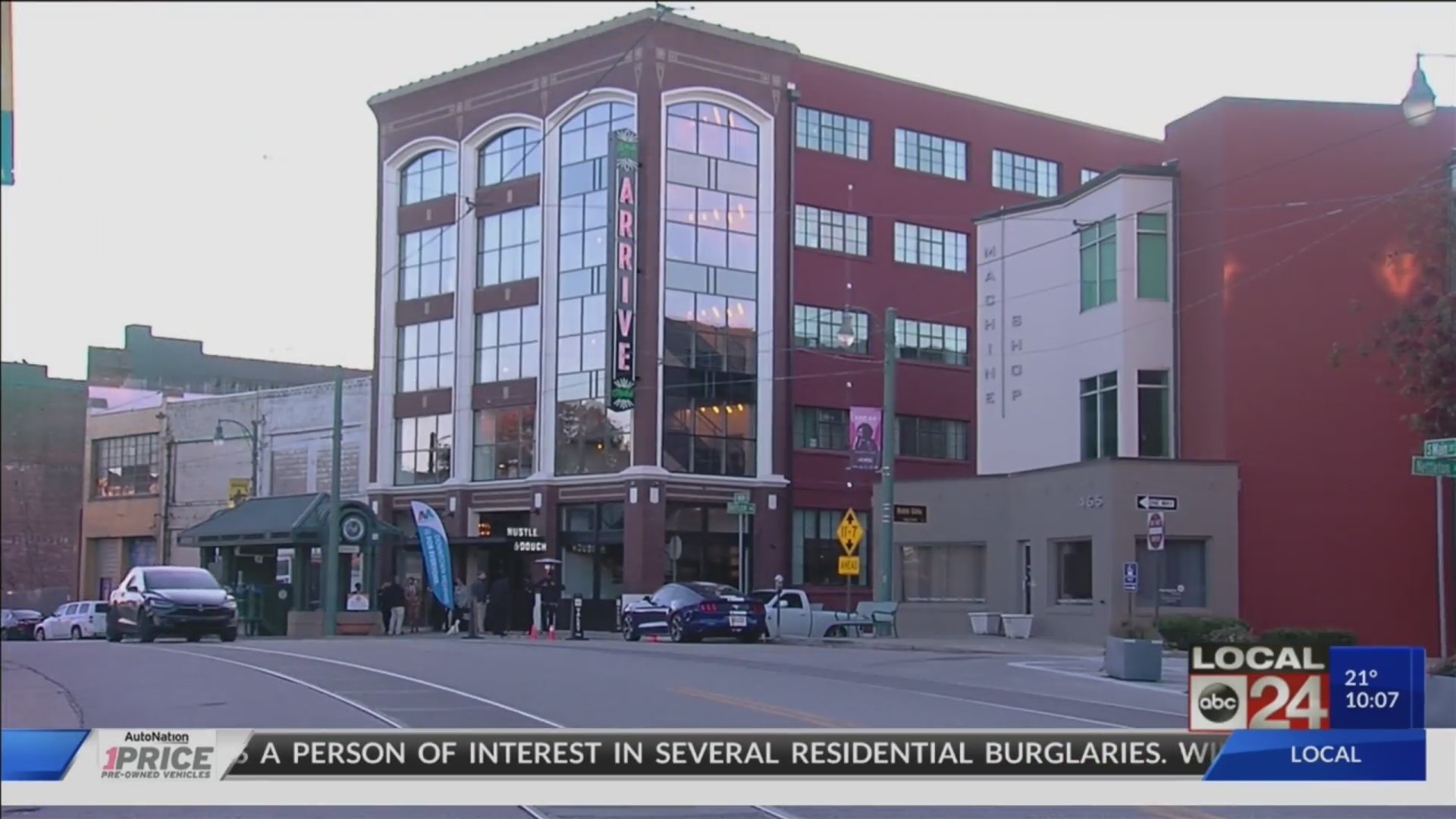 MEMPHIS, Tenn. (localmemphis.com) – A grand opening party throughout the Arrive Hotel at 477 South Main brought the number of hotel rooms in the Bluff City up to 22,000 as the city prepares to reopen a renovated and expanded Memphis Cook Convention Center in the fall of 2020.

The much needed updates and larger meeting space are meant to attract larger conventions to Memphis bringing along with it more revenue from visitors.

More convention visitors have long been the desire of Memphis city leaders, says Jennifer Oswalt with the Downtown Memphis Commission.

“The one reason we don’t get big conventions is because of lack of hotel rooms,” said Oswalt.

A new 2,000 room Loews Hotel will accompany the Convention Center project, but the prospect of more visitors has brought a hotel boom in the form of smaller boutique hotels like Arrive, Hotel Indigo, The Napoleon Hotel, the Central Station Hotel, and others.

These niche, specialty hotels come with their own personalities, decor, and character.. Many showcase the rich musical legacy of Memphis with local artists’ concert posters on walls or thousands of albums by Memphis artists or songs about the Bluff City cataloged floor to ceiling in the hotel bar.

Oswalt says boutique hotels are encouraged, not just for their uniqueness.

“They’re immune from some of the issues hotels can face because of their size,” said Oswalt. “They remain small enough to maintain through the ups and downs.”

Many of the boutique hotels are only a block from where the new Loews Hotel will be, but those smaller hotels are resting easing that there will be enough business to go around.

“We can equally accommodate more visitors if we have more hotel rooms of different types and styles,” said Oswalt.

As chair of Planning and Zoning for the Memphis City Council, Frank Colvett sees lots more of this happening with more vacant, historic buildings.

“It shows once again the momentum we have, not just in the huge vast projects we’re doing, but again in the very niche markets that makes Memphis unique to visitors and families,” said Colvett.