Friday, state and local leaders announced HICO America plans to add more than 400 jobs in the next several years. 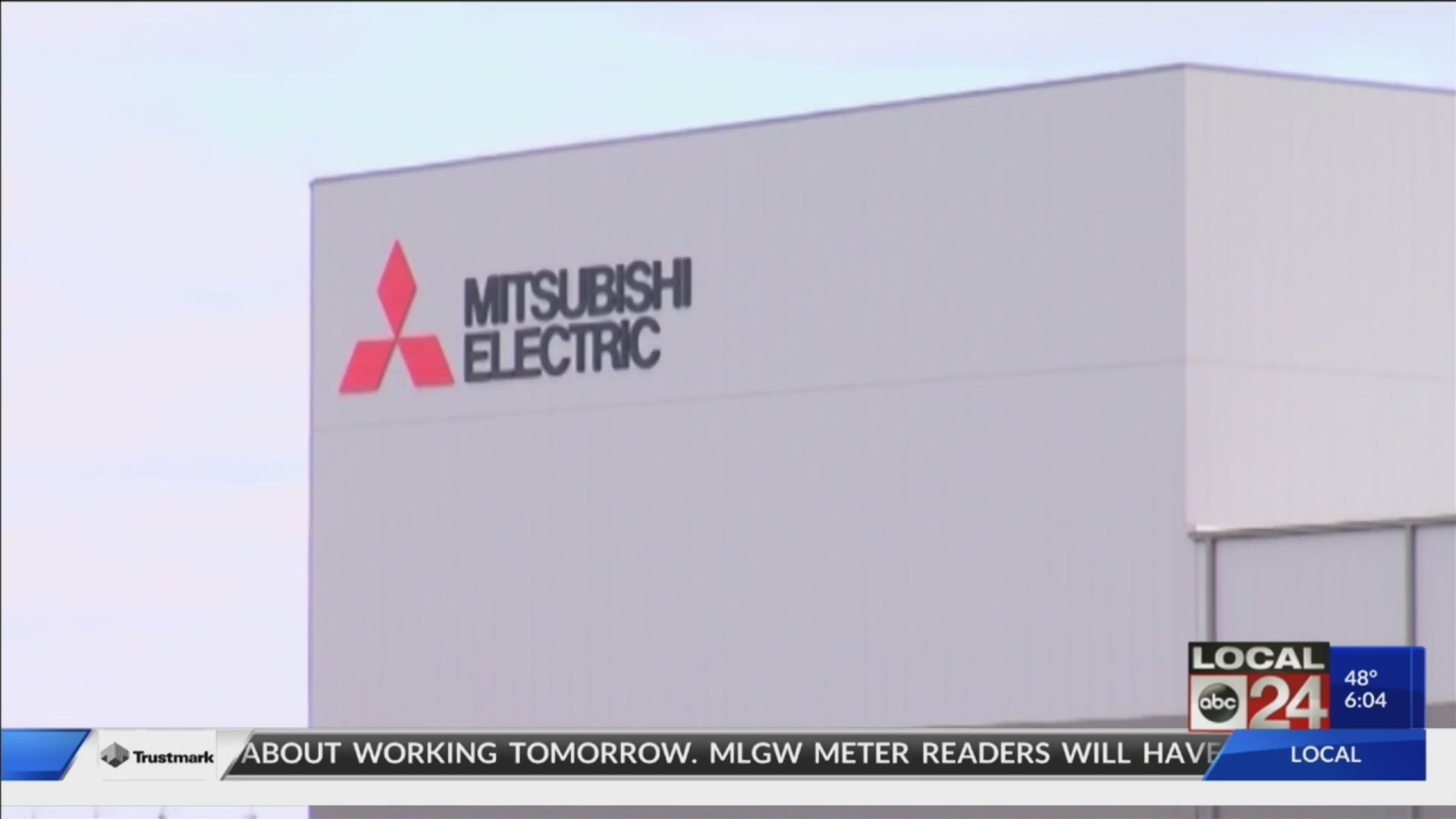 MEMPHIS, Tenn. (localmemphis.com) – Hundreds of jobs areexpected to move into a southwest Memphis factory, once at risk of sittingempty.

“This is a really good trip,” Gov. Bill Lee said. 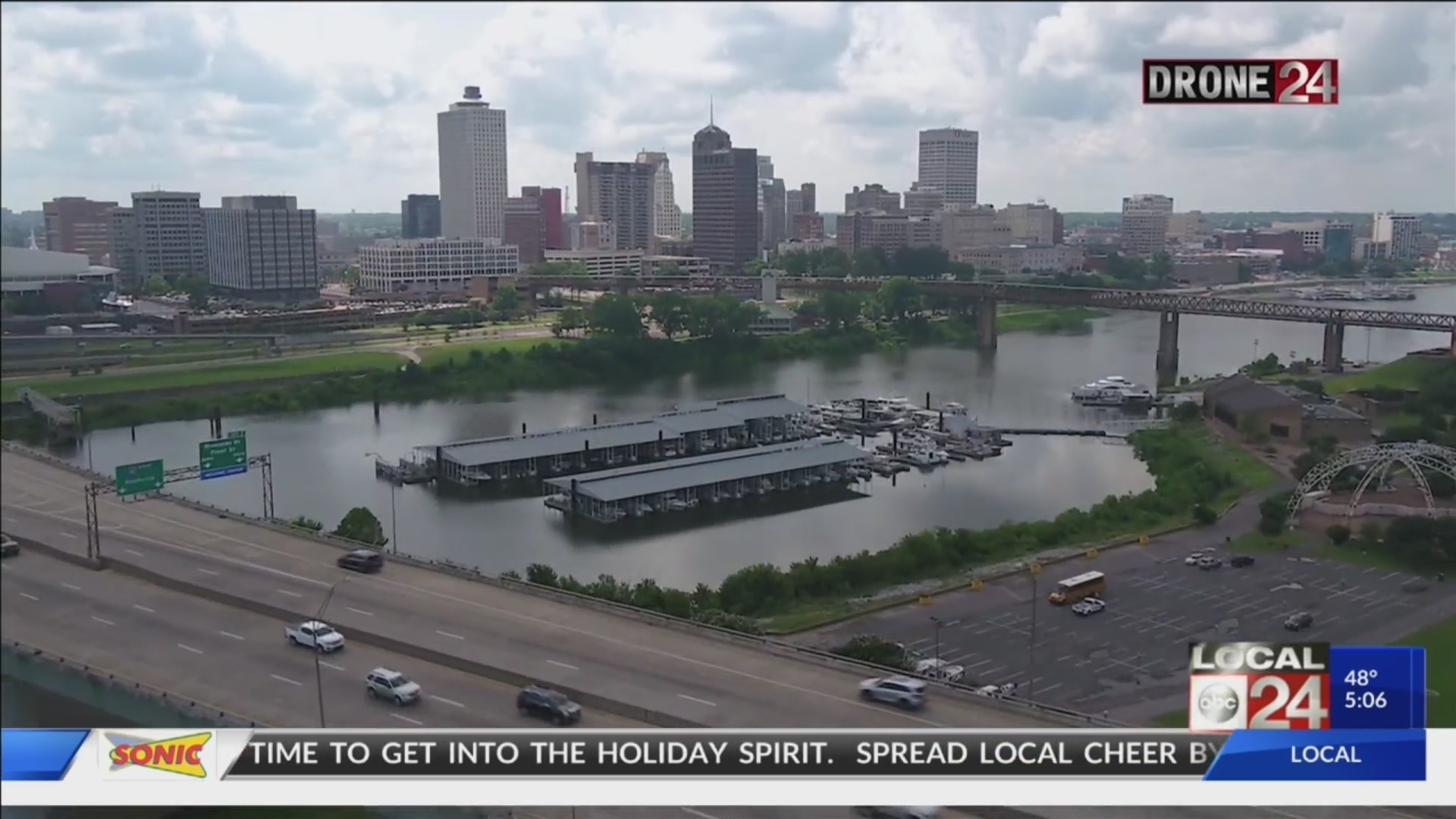 On his 15th visit to Memphis since taking office, Gov. Leeannounced a major holiday gift to the Bluff City, a commitment by HICO Americato bring 410 high-paying manufacturing jobs across the next seven years.

“Look, our time is now, our time is here, and you cansee it with this announcement today,” Greater Memphis Chamber PresidentBeverly Robertson said.

In Memphis, HICO America workers will make electrical power equipment– such as transformers and AC transmission systems – with wages expected at $23per hour on average.

“I have met with the leaders of HICO and it is clearthat they are extremely successful around the world,” Shelby County MayorLee Harris said. “That’s why we are over the moon.” 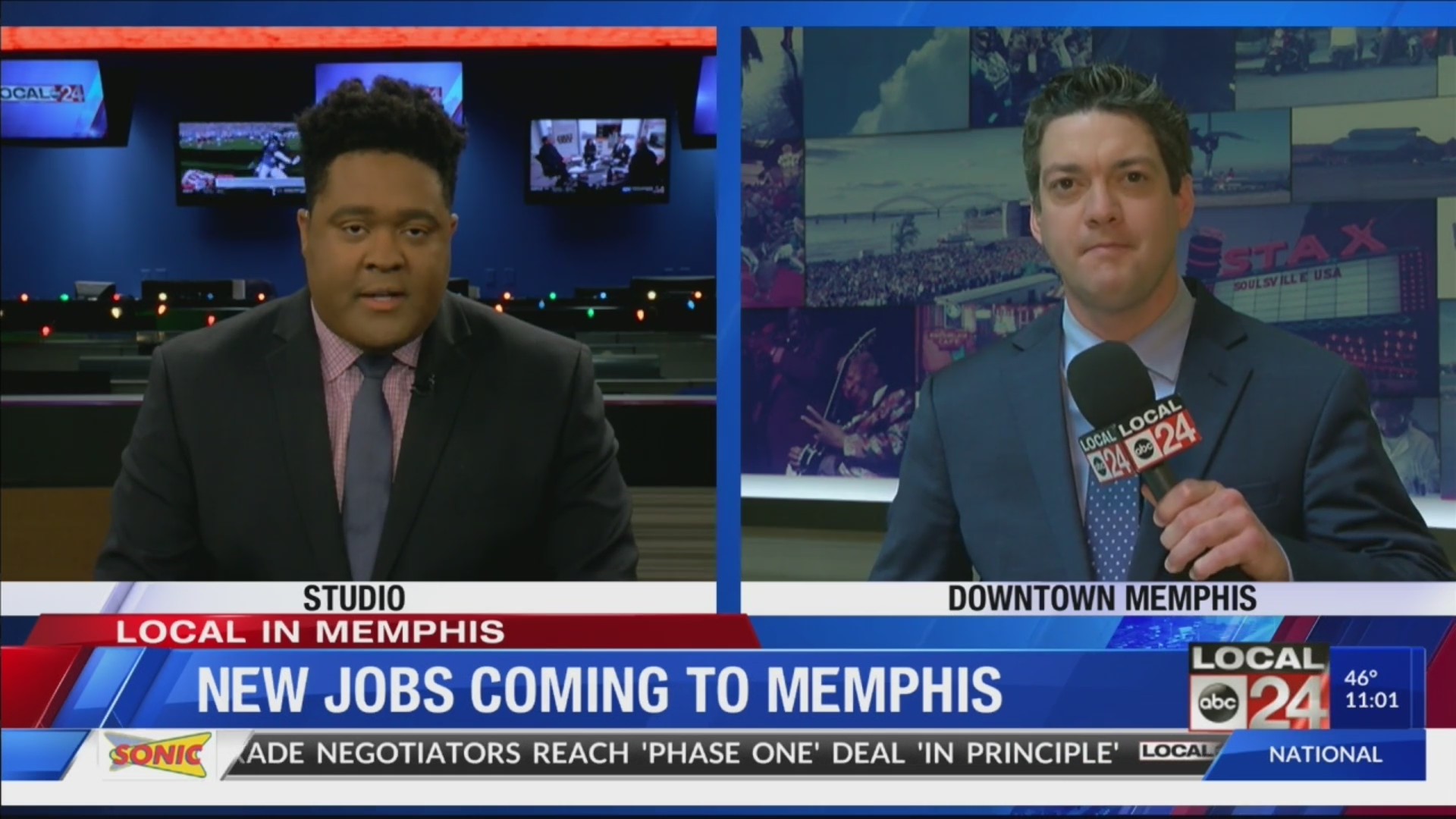 The company plans to move into and update the formerMitsubishi transformer factory in southwest Memphis, which recently went up forsale. Mitsubishi leaders also announced last month it would lay off itsremaining 160 workers.

Those individuals now have a new opportunity with a newcompany at the same place.

“Without this purchase, we are heading to a closedplant and everyone out of a job – and this is sort of the phoenix rising fromashes,” Memphis Mayor Jim Strickland said.

“Other companies take notice when a major globalcompany chooses a location like Memphis,” Gov. Lee said.

Local and state incentives helped finalize this deal, whichis expected to close in the first months of the new year.

South Korea is among the top 10 nations in foreigninvestment in the state of Tennessee. 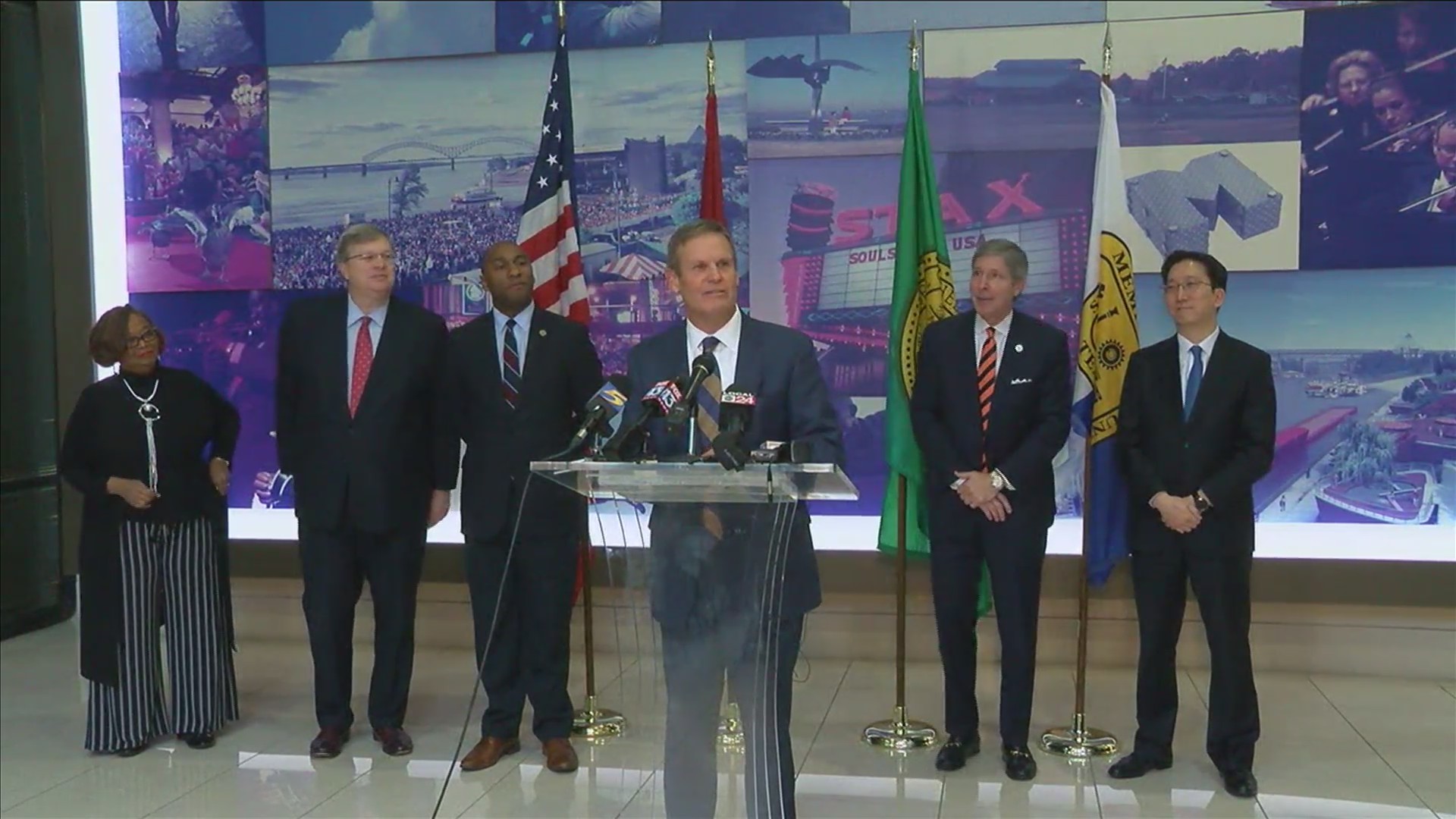 HICO will invest $86.9 million and create 410 jobs inShelby County over the next seven years.

Headquartered in Seoul, South Korea, HICO specializes inmanufacturing electrical power equipment such as transformers, switchgear,flexible AC transmission systems and energy storage solutions. The companyexports its products to customers around the globe and has established itselfas one of the leading manufacturers in the power transformer business for thelast 50 years.

Tennessee is home to more than 1,000 foreign-ownedestablishments that employ approximately 150,000 Tennesseans. Korea is amongthe top 10 countries for foreign investment in Tennessee, with Korean companiesinvesting over $400 million in Tennessee since 2015.

HICO will update an existing Memphis facility to increaseproduction capacity and keep up with growing demand. The company will producetechnologically advanced state-of-the-art power transformers at its newmanufacturing facility in Shelby County and plans to start production by thefirst half of 2020.

Since 2015, TNECD has supported nearly 80 projects inShelby County, resulting in the creation of more than11,000 jobs andapproximately $4 billion in capital investment.

“HICO is a welcome addition to our steadily growingmanufacturing sector in Tennessee. I appreciate HICO for creating more than 400manufacturing jobs in Memphis and Shelby County and look forward to seeing thiscompany’s continued success in our state.”– Governor Bill Lee

“Our team has been actively working with HICO for morethan two years, so today’s announcement is a tremendous win for the state,Memphis and Shelby County. Tennessee continues to see an uptick of foreign-ownedcompanies choosing to locate operations in our state, and I want to thank HICOfor continuing this momentum by creating hundreds of jobs in West Tennessee. Welook forward to building a lasting partnership in the years ahead.” – TNECDCommissioner Bob Rolfe

“The future is bright for Memphis and we look forward toworking and growing with the local community as we expand in North America.This was a multi-faceted agreement, and we would like to express our gratitudeto local and state leaders for their support to bring this agreement tofruition. On behalf of the HICO team, we look forward to continuing to be a partof the Memphis community for years to come.” – Takeshi Yokota, CEO ofHyosung Heavy Industries

“I’m excited to welcome HICO to Memphis and look forwardto the new investment and jobs they’re bringing with them.” – Mayor JimStrickland

“It is exciting to see high quality jobs in themanufacturing industry in Shelby County. It is great news for Shelby Countythat HICO will take over this important plant operation. I have met with theleaders of the company and it is clear that they have been successful aroundthe globe. We are excited that they will have a significant investment inShelby County. Also, this sets us up nicely to attract additional industry thatwill complement HICO.” – Shelby County Mayor Lee Harris

“TVA and MLGW congratulate HICO on its decision toestablish operations and create job opportunities in Memphis. Helping to fostereconomic growth is fundamental to TVA’s mission of service to the people of theValley and we are proud to partner with Greater Memphis Chamber, City ofMemphis, Shelby County, Memphis Shelby County EDGE and Tennessee Department ofEconomic and Community Development to further that mission.” – Heidi Smith,TVA General Manager of Global Business

“We are excited to welcome HICO to the Memphis community.It is a testament to the strength of our region that we continue to see globalbrands make big investment in Memphis. We look forward to HICO’s partnershipwith the business community to continue to move Memphis forward.” – BeverlyRobertson, President & CEO of the Greater Memphis Chamber

“I stand with all of Memphis and Shelby County whenI say, ‘Welcome to Tennessee, HICO.’ By joining together and remainingcommitted to developing the skills of Shelby County’s workforce, we’reattracting more good-paying manufacturing jobs for our families. The HICO jobsand investment announcement represents the best of what we can accomplish whengovernment works for working people.” – Sen. Raumesh Akbari (D-Memphis)

“I’m very excited about the announcement of this project and the well-paying jobs that it will bring to Memphis. While this will not solve all the problems of poverty we face in this city, it is certainly a big step in the right direction. I’m thankful to everyone in state government, city leaders and TNECD for putting this together and can’t wait to welcome HICO to our great city.” – Rep. Barbara Cooper (D-Memphis)