Food desert no more | Marks, Mississippi gets a grocery store 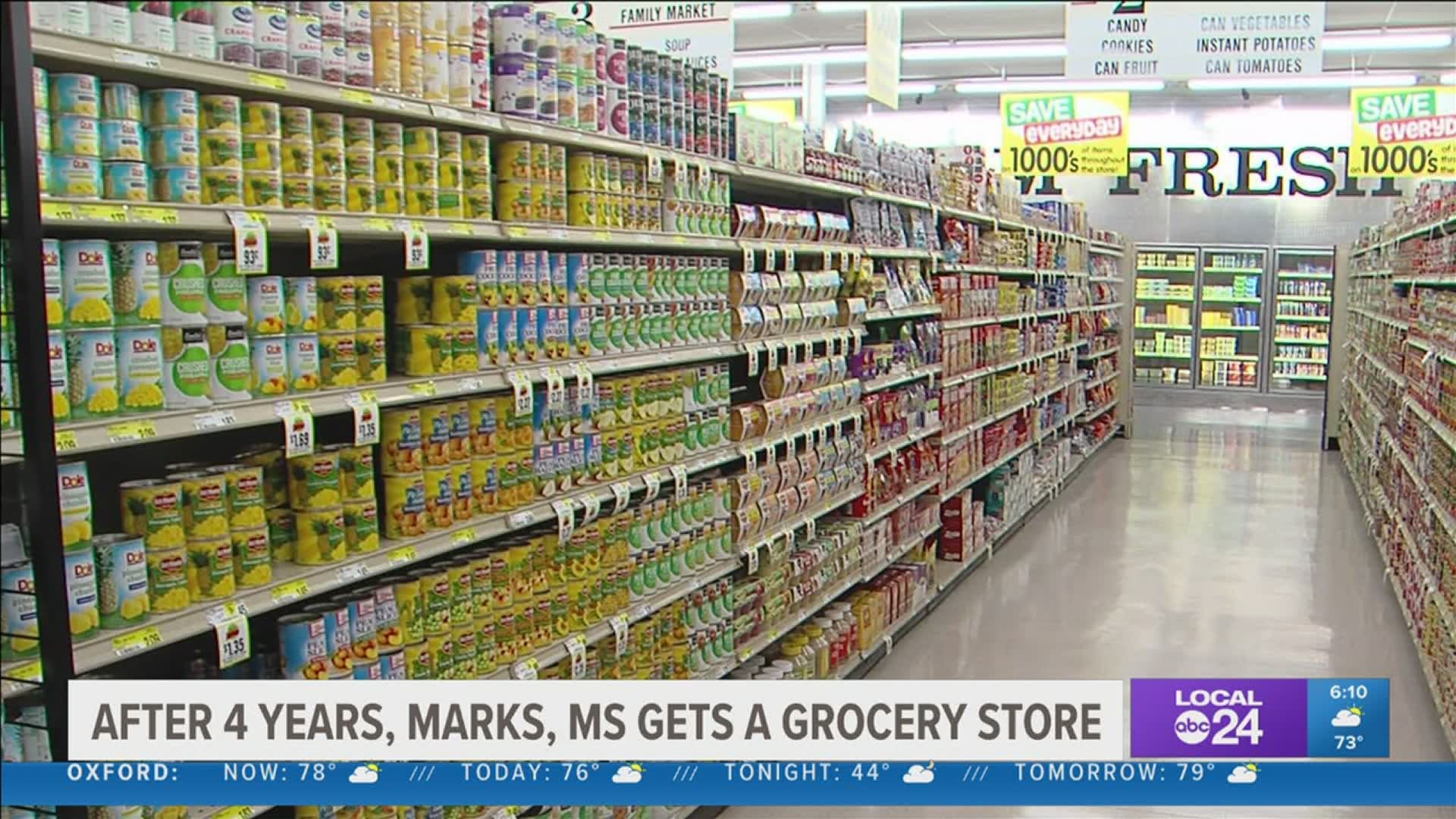 Monday was the grand opening of Jeffcoat Family Market.

Why is this so significant? You might remember in 2019, Local 24 News Weeknight Anchor Katina Rankin reported extensively on the fact that residents in all of Quitman County had to drive thirty (30) to sixty (60) minutes one way, depending on where they lived in the county just to buy their groceries. You heard right, an hour one way to get fresh vegetables, meat, etc.

"Right now, I have to hire somebody to take me to Batesville or Clarksdale, drive my car,” said 89-year-old Earline Melchor, a Quitman County resident.

"I really, really like what I do. I stand firm on that. I think I was meant to do this," said Jeffcoat Family Market Owner James Jeffcoat. "We hired thirty-five (35) employees about two (2) weeks ago, and I hadn't hired anymore - right now - mainly because we're in the process of training."

Marks is about an hour and 30 minutes from Memphis. And it was the start of Dr. Martin Luther's Kings' Mule Train.

People in Marks, Mississippi, many still alive today, got in wagons pulled by mules and journeyed all the way to Washington D.C. to demand better living conditions.

It is said Dr. King wept when he visited Marks. He saw children without shoes. He stood in homes where you could see straight through the floorboards and see dirt or grass growing. And there were many families without food.

I was shocked to learn when I was invited down to be the Grand Marshal of the Christmas parade a couple of years ago, many conditions hadn't changed. I found out the county was a food desert, with no grocery store in the entire county.

That changed with the grand opening of Jeffcoat Family Market - a grocery store with aisles of produce, canned food, and meat in freezers.

"It means a whole lot to the city of Marks.  They are helping people,” said Mrs. Melchor. "Some people are able to walk to the store and pick up what they need and go back home."