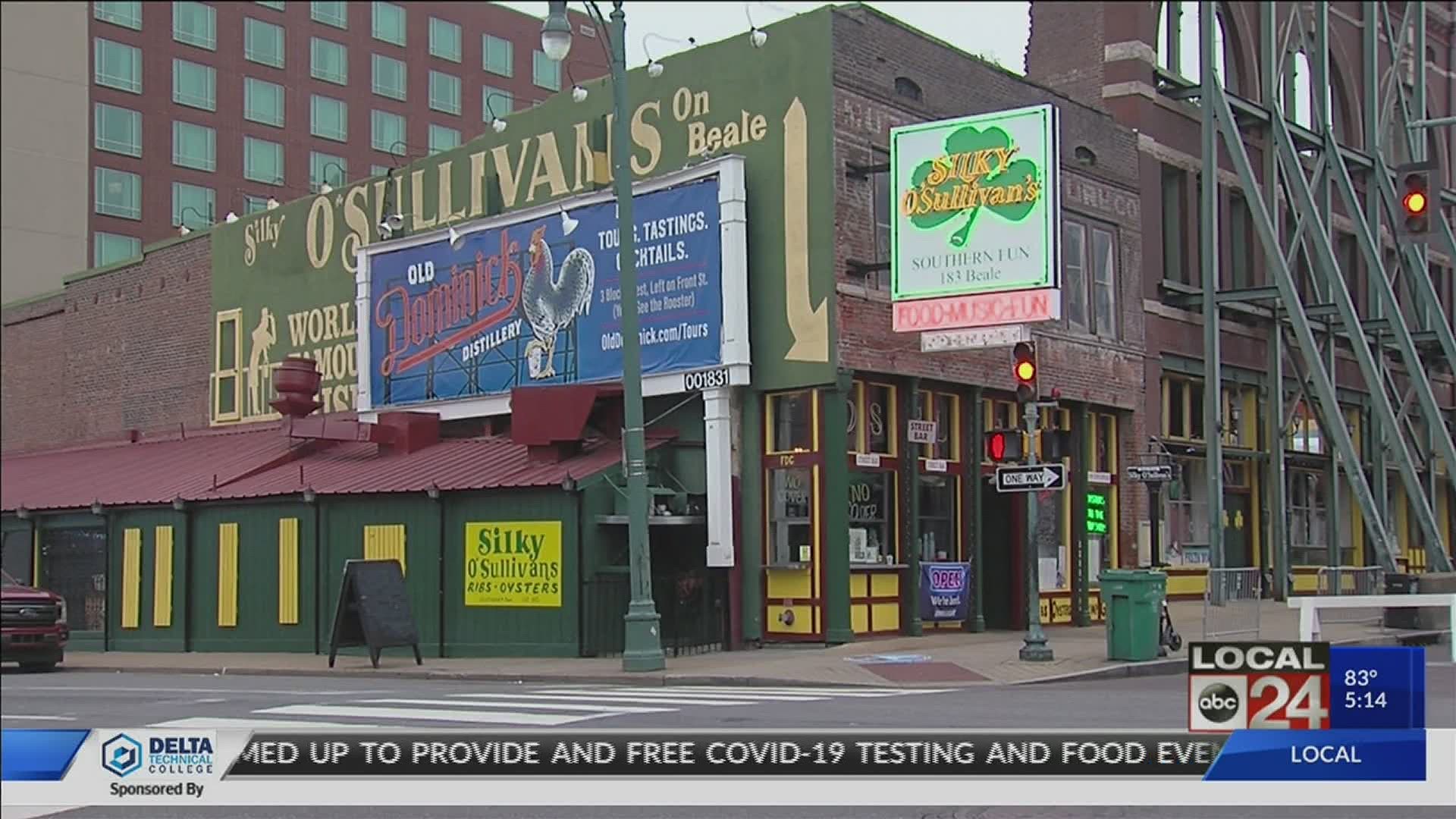 MEMPHIS, Tenn. — With the events of Memphis in May, this month normally is the busiest for Beale Street, which is anything but buzzing most days.

With shutdowns and a drop in tourism, the hospitality industry has taken a hard hit during the pandemic. That hit is being felt by the businesses on Beale.

Sullivan, who owns Silky O'Sullivans on Beale and is the Vice-President of the Beale Street Merchants Association, says despite the hit, businesses are trying to march on and recover from the shutdowns.

"It's not the busy that we're used to, it's not the kind of busy that we can do. It's a longways away from a music fest or a BBQ weekend," she says. "But it's a lot busier than anything we saw in the month of April."

Recently, restrictions on Beale businesses were relaxed some. People are now able to sit at the bar and businesses can stay open until 11:00 p.m. Open containers outside and live music are still not allowed.

"It's unique in the country, so it is being treated as a special attraction, which it is, rather than just a conglomeration of restaurants which has certain rules for reopening. We have to treat Beale Street separately because there is a great tendency to gather," Jennifer Oswalt, of the Downtown Memphis Commission, said.

Sullivan says that is something Beale businesses are very understanding of.

"We are very sensitive to the season that we're in when our street would be very, very full," she said.

While they try and make the best of being open, Sullivan said they are hopeful that live music can play again soon.

"We hate not having live music. People come looking for it on Beale Street. We have so many musicians that have been significantly impacted without nearly the assistance and resources the rest of us have," Sullivan said.

While business is looking a bit more bare on Beale, Oswalt said they encourage and hope people will become tourists in their own city.

"It's your city and we should celebrate those things just as much as tourists. And I think we often forget them and we don't want to be around a bunch of tourists, but it only makes them better and it brings more to our economy if we enjoy them and celebrate them," she said. 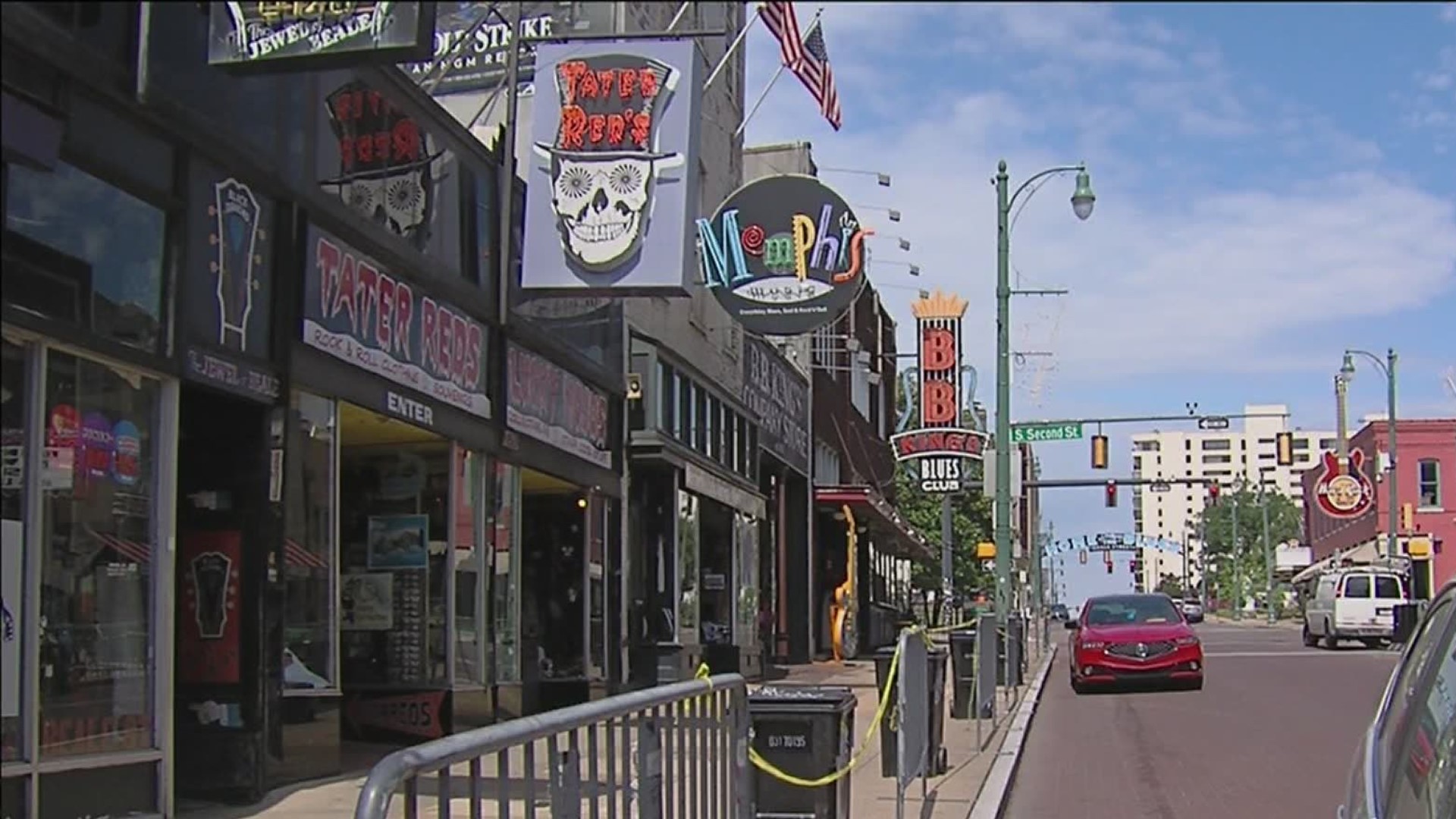 RELATED: "You only turn 90 once if you're lucky": Local musician gets special celebration for birthday

RELATED: All major events for Memphis in May Festival to be held in Tom Lee Park in 2021

RELATED: Our beloved Beale Street won't be like we remember

RELATED: The show must go on, but what happens when it can’t?