Hiring issues are the latest problem to plague local restaurant since the start of the pandemic. 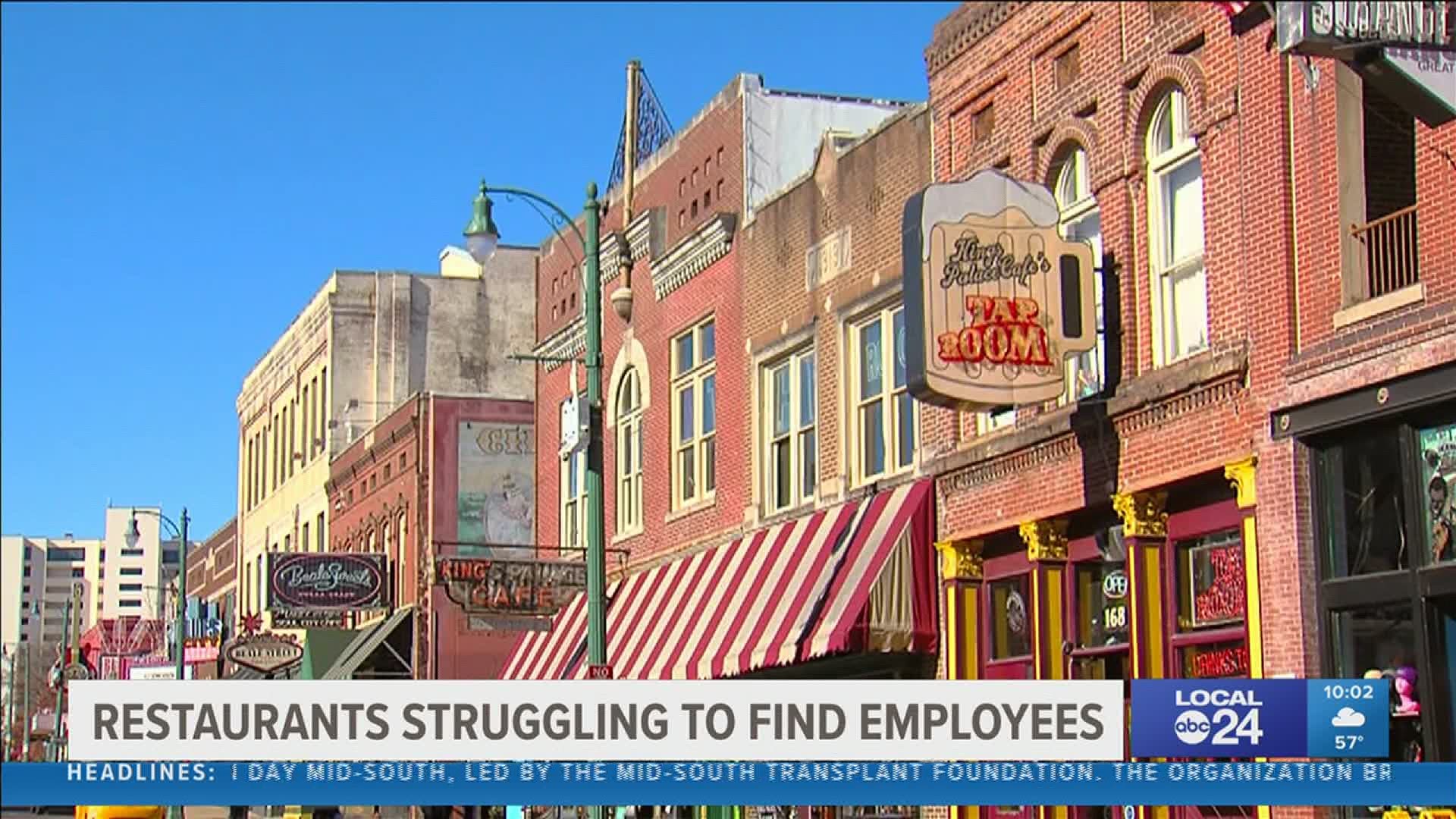 MEMPHIS, Tennessee — For restaurants – staffing is a critical issue.

It’s all happening as people come back out to dine in full force and t’s the latest problem dining establishments are facing since the start of the pandemic.

“We’re really having a difficult time getting new applicants and we’ve even had the unfortunate circumstance where we’ve hired some people and they just don’t show up,” said Jimmy Stovall, the chief operating officer at Corky Ribs and BBQ.

Stovall said locations have been doing a fast-casual model where you order at the bar and food runners bring your order.

“The part that bothers me the most is that I don’t know that I can take care of the customers as well as we should because we’re just so short-staffed,” said Stovall. “Our employees which we care so much about are working tons of hours.”

The latest problem for local restaurants since the start of the pandemic is a staffing shortage. I spoke with two restaurants about what they believe the reasons are and it’s more than just unemployment checks. @LocalMemphis

Stovall believes it’s a myriad of different factors contributing to the staffing shortage.

“One unemployment, yes,” he said. “I think it all kind of heads together, stimulus, maybe tax returns. Also you’ve got our big transportation companies in Memphis which are fantastic but they’re offering big big wages.”

“Folks are talking about that they actually left the state of Tennessee,” Miller said. “Obviously, the unemployment payments create somewhat of a challenge.”

Meanwhile, Stovall said they’re offering signing bonuses and looking to modify the schedule at one store to accommodate workers.

“We’re probably debating on closing on Mondays just so everyone can get a day off.”