Mississippi restaurants, gyms, and retail stores can increase capacity to 75 percent under a new executive order 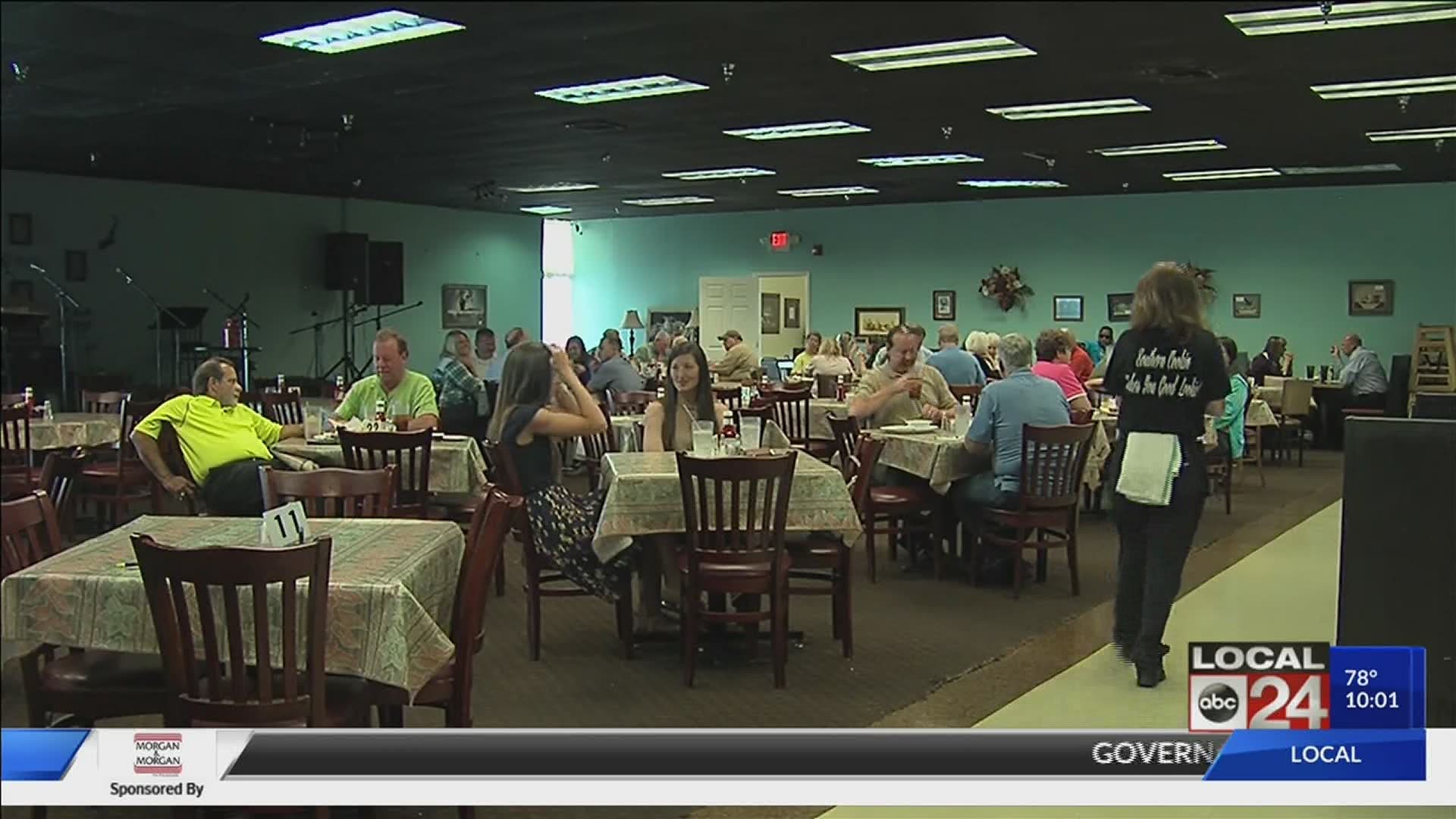 HERNANDO, Miss — As Mississippi sees one if its lowest number of new COVID-19 cases in a single day on Monday, Governor Tate Reeves announced restaurants, gyms, and retail stores can increase their capacity from 50 to 75 percent.

Reeves also extended the statewide mask mandate until the end of September.

"We're not done yet," Reeves said. "Today’s cases were slightly over 140. It was the lowest number of cases we’ve had in recent memory."

While restaurants can increase the number of people dining in, the tables must remain six feet apart and they can now seat 10 people instead of six.

"We have had a tremendous move towards progress in our state," Reeves said.

While many Mississippi restaurants will probably benefit from the new executive, T.J. Mah, the owner of The Burger Shop in Hernando, said he is going to keep his capacity at 50 percent. He has been utilizing his outdoor patio to allow for customers to eat at his restaurant.

"It’s more open and you’re not in a place inside that could be very congested or doesn’t have enough breathing space," Mah said.

MS Gov. @tatereeves extends the statewide mask mandate until the end of the month.

Restaurants can also increase their dine-in capacity to 75%.

The owner of the Burger Shop in Hernando says he will still prioritize outdoor seating while the weather is nice. @LocalMemphis pic.twitter.com/E1HrzVV9y1

Mah said we do not know how long the pandemic will last so he wants to stay cautious with his customers and employees who he says have adapted well, too. As a business owner, he feels this executive order came at a good time for a lot of small businesses.

"I think it’s probably time," Mah said. "We keep up and adapt to the virus and still have our safety precautions. A lot of these businesses need to pick up their business."