What started out in the kitchen as a family recipe, has now grown into a state-wide phenomenon known as the Truth Sauce. 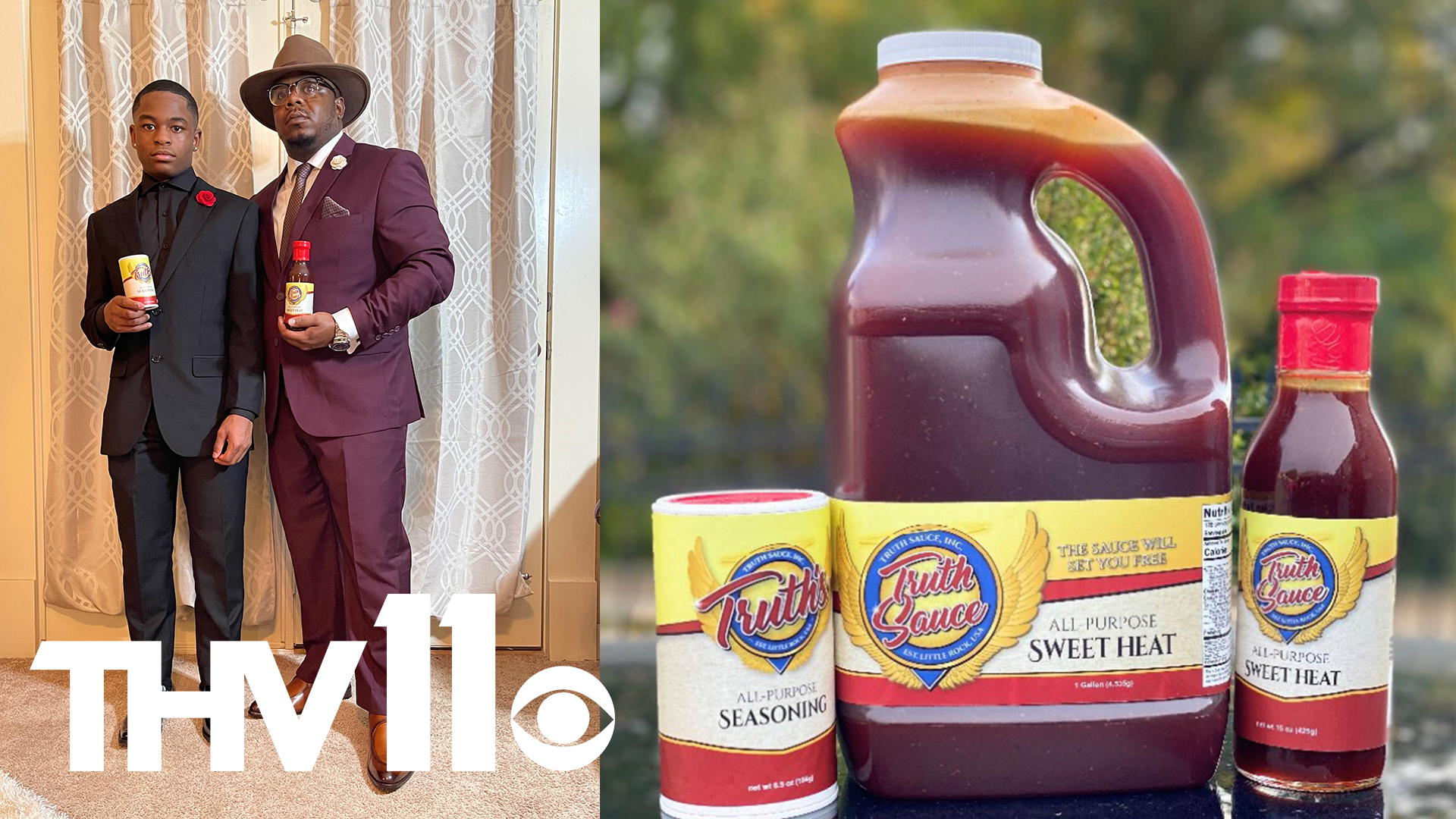 LITTLE ROCK, Ark — Keith Tucker Jr. and his 15-year-old son Keith Tucker III have created something quite special for the Natural State and we're telling the truth!

"The Truth Sauce speaks for itself," Tucker said. "The truth is in the sauce."

What started out in the kitchen as a family recipe, has now grown into a "state-wide phenomenon," Tucker said.

The form of a barbecue chili sauce is great on just about anything from wings to ribs to pork chops and even eggs, according to Tucker.

"People love it," Tucker said. "They're putting it on everything. It's just a joy that everyone is starting to gravitate towards it and enjoy it."

"It was about a year ago when he let me taste the sauce," Keith Tucker III said. "When I tasted it, I was like 'We gotta go for it!'"

You can find The Truth Sauce at many Little Rock marts and locations including Drug Emporium, Uncle T's Food Mart and Certified Pies. It will soon be on shelves in all 12 Edward's Food Giant locations.