Stanton, Tennessee, is one of two small Southern towns likely to undergo dramatic transformations in the wake of Monday’s announcement by Ford. 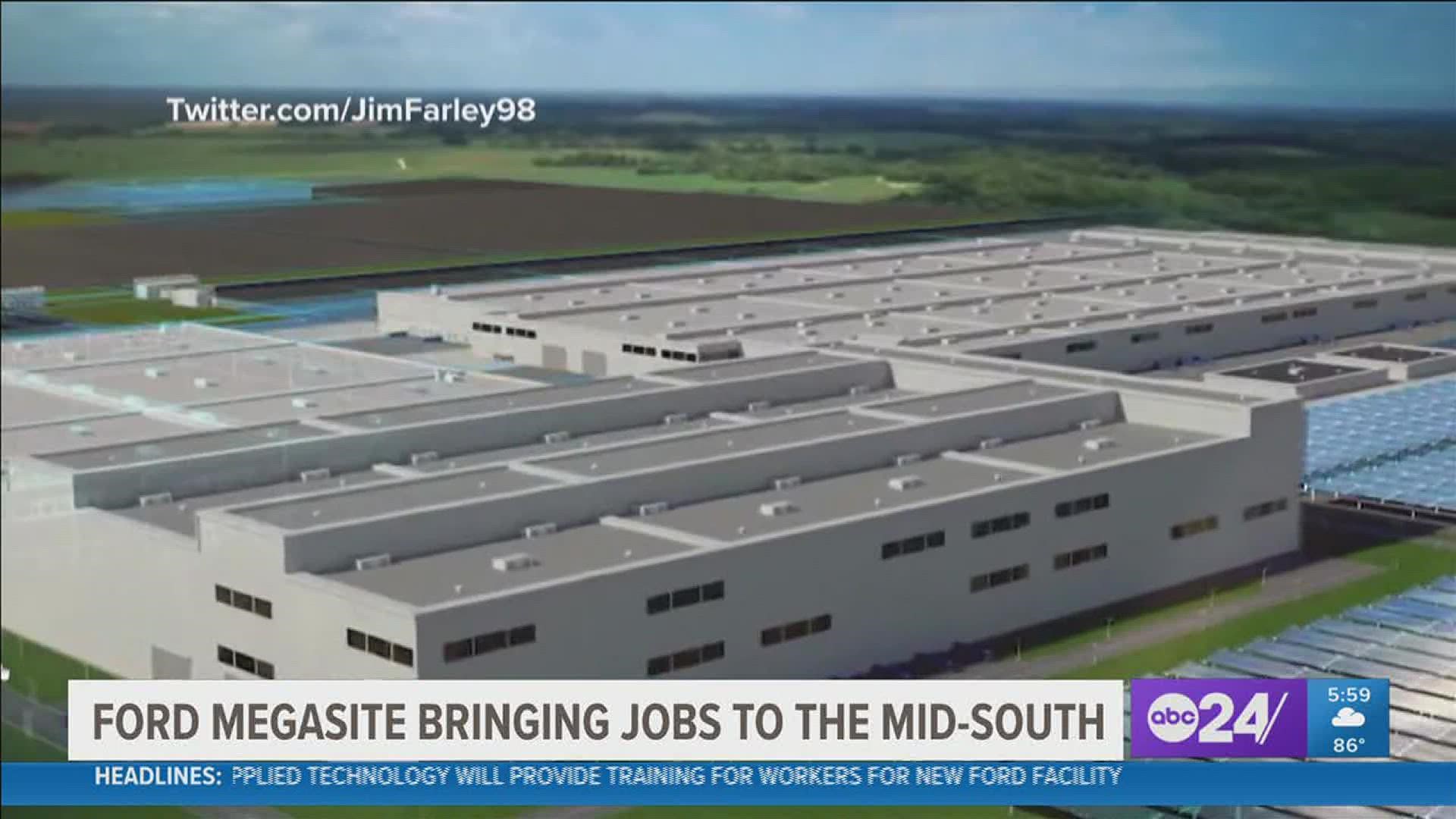 STANTON, Tenn. — Lesa Tard expects to serve up more hot wings and cheeseburgers when the clean energy revolution comes to Stanton with Ford's plans to build a factory to produce electric pickups. So she's making plans to expand along with the tiny West Tennessee town.

Her diner is strategically situated at the busiest intersection in the community of about 450, and she's looking forward to serving the thousands of workers who will arrive once construction begins and a sprawling vehicle and battery manufacturing complex opens.

"I don’t see anything but great things happening,” said Tard, who operates Suga's Diner with her husband. “It will be good for the area because people, once they start coming down here to work, some people might want to relocate, and the community can grow.”

Stanton is one of two small Southern towns likely to undergo dramatic transformations in the wake of Monday’s announcement by Ford that it will put Stanton and Glendale, Kentucky, at the center of its plans to ramp up electric vehicle production.

Together with its battery partner, SK Innovation of South Korea, Ford says it will spend $5.6 billion in Stanton, where it will build a factory to produce electric F-Series pickup trucks. A joint venture called BlueOvalSK will construct a battery factory on the same site near Memphis, plus twin battery plants in Glendale in central Kentucky. Ford estimated the Kentucky investment at $5.8 billion. The projects will create an estimated 10,800 jobs and shift the automaker’s future manufacturing footprint toward the South.

Residents of both towns eye the changes with a mix of wary optimism and wistfulness, aware that a way of life they’ve grown accustomed to may be on the cusp of turning into something unrecognizable - but also prosperous.

As Ford unveiled its plans Monday evening to build two battery manufacturing plants outside Glendale, residents were relishing the slower-paced rhythms of life in the tightknit Kentucky farming community ringed by corn and soybean fields. From front porches to the parking lot at a general store, they wondered if those days are numbered.

Residents sounded hopeful that the promise of 5,000 jobs will create more opportunities for young people to stick around. But they worried about problems that rapid growth can create.

“Yes, we need jobs,” Nikki Basham said. "Yes, it will help the economy. There are pros and cons. Glendale is a small town, you come to kind of get away. I guess we'll see how it's going to go."

Basham, the mom of two young children, has lived in the Hardin County community of a few hundred for 17 years, since she was a teenager. She said it's important for the hamlet to grow but she also likes the quiet lifestyle, with one main road leading in and out of town.

“I don't really want to be bombarded with a bunch of traffic," she said.

Amanda Medley said the battery plants will open up opportunities for young adults who now often have to go to Louisville, about 50 miles (80 kilometers) north, to find work.

“There's not a lot of younger people that stay here,” said Medley, a volunteer firefighter. “They go off to school. They move to other places. Maybe we'll keep some of the younger people around.”

The plants could draw workers from a broad stretch of Kentucky. Hardin County had a 3.7% unemployment rate in August, and the highest jobless rate in its eight-county region was 4.4%.

Ford Executive Chairman Bill Ford, at an event Tuesday outside the Kentucky Capitol in Frankfort, promised that the automaker will be “a good neighbor and work hard to enrich and give back to the communities that we’re joining.” In recent years, Ford donated $6.5 million through its philanthropic arm, the Ford Fund, to causes that support communities across Kentucky, the company said. Ford has two vehicle assembly plants in Louisville.

In Glendale, big changes are expected for the business district, which stretches less than a block and where the shops were adorned with mums and Halloween decorations. Now, the main form of commerce is nostalgia. The community has a bevy of antique stores, but perhaps its best-known business is The Whistle Stop restaurant, a decades-old fixture that serves up fried green tomatoes, country fried steaks, fried chicken and pies, washed down with sweet tea.

At the restaurant, there’s already talk of opening the upstairs area for dining and creating an area for outdoor seating to accommodate the influx of workers and, possibly, new area residents, said Jamie Henley, the restaurant's director of operations.

“It’s kind of like scratching off a lottery ticket and winning,” she said.

Tard is making her own expansion plans. She hopes to add staff, expand operating hours and make her 34-seat diner bigger.

“Right now, it’s very quiet here. Everything shuts down about 7 or 8 o’clock,” Tard said. “At 8 o’clock, it’s a ghost town. You’re going to have traffic all day, all night.”

The two Kentucky battery plants will be built on a 1,551-acre (627-hectare) site outside Glendale near Interstate 65. The site was offered two decades ago when Kentucky unsuccessfully tried to land a Hyundai auto manufacturing plant that ultimately located in Alabama.

The state kept pitching the Glendale site, spanning the tenure of multiple governors, and lost out on other industrial prospects until Democratic Gov. Andy Beshear landed the massive battery plants.

“Everyone’s known for a really long time that something is coming," said Glendale resident Laura Tabb. "So this isn’t a huge shock knowing that someone is coming. Everyone’s pretty much been waiting for close to 20 years for this to actually happen.”

It will come as a shock to some, however. On a quiet Glendale side street recently, two cats lounged in the middle of the road, near a makeshift “Cat Crossing” sign urging drivers to slow down, impervious to what’s in store.