The push and pull of remote work versus office space is rearing its head during a worker shortage where employees want more options. 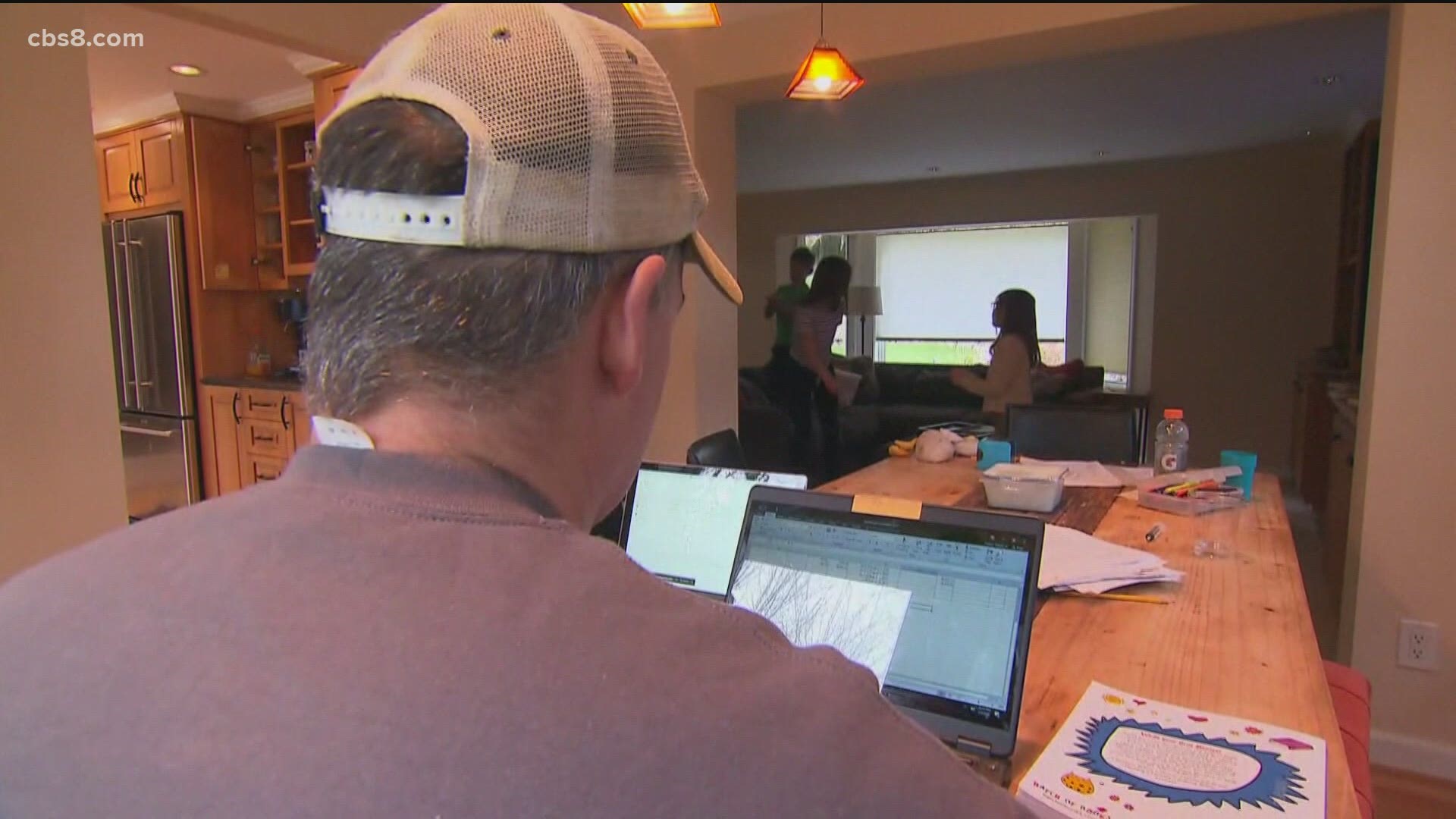 SAN DIEGO —
Help wanted signs posted in storefronts across America. Worker shortages in hotels and restaurants. Companies are offering $500 to new hires and increasing wages for some employees.

As more offices open back up, workers want options.

A recent survey from the networking site, Blind, found 64% of working professionals would pass on a $30,000 pay raise if it meant they could keep their work-from-home setup.

Respondents' salaries were not reported in the survey.

Zillow, Twitter, and Microsoft employees were among the most to want to work remote but employees at San Diego-based Qualcomm said they would take the raise.

A new poll found employees would rather work from home permanently than take a big pay bump to go back to the office. What do you think?https://t.co/0U3XBrZ09m pic.twitter.com/K84YBME7IR

But Alicia commented, “Depends on a few different things like one’s commute and therefore their gas tank.”

One study found workers aren’t so eager to give up the work-from-home lifestyle. A survey by anonymous professional...

People also have childcare issues and health concerns during the pandemic.

This could also be generational. The term “Boomer power-play” is being thrown around by younger generations.

A Bloomberg study found that Gen Z and Millennials are more likely to consider quitting their job before being forced back to the office.

“CEOs are also millennials and they too see huge productivity benefits to some days in the office. So I push back on this being a generational thing,” said Lyons.

She said despite the studies that show this remote work or quit mantra, she believes there will not be a mass exodus rather a way to create better worker productivity.

“I'm not worried, I think it's an opportunity for managers to do better by workers, involve them in the decision-making processes,” said Lyons.

A recent SANDAG study found that remote work nearly doubled during the pandemic, but now only about 1 in 6 businesses said they expect employees to work from home most of the time.