Sophia Yeshi, a Brooklyn based Black and South Asian illustrator, created the print and is titled, 'Lets Rise Together.' 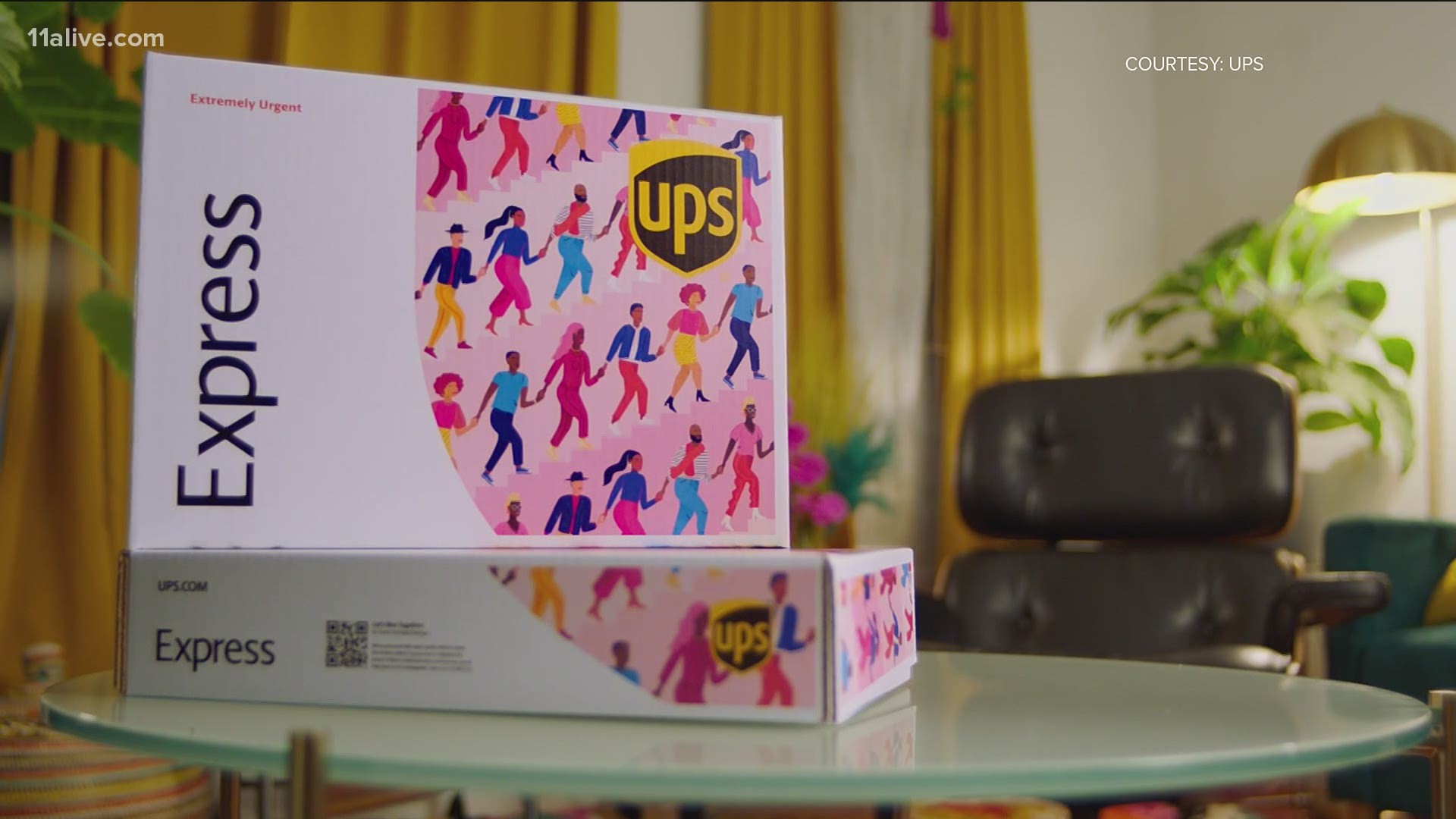 ATLANTA — When UPS comes with your next delivery, the package may look different.

Sophia Yeshi, a Brooklyn based Black and South Asian illustrator, created the print and is titled, “Lets Rise Together.”

The company dedicated the book in memory of the late Congressman John Lewis and proceeds from the book are going to March Foundation, a nonprofit founded by retired UPS worker Ken Jarvis that supports the education of Black youth, they said.

Another initiative they are taking part in this month is designed to help Black-owned small businesses through grants, in partnership with the non-profit 30 Day Fund. UPS customers can make a donation to keep Black-owned businesses moving forward during the COVID-19 pandemic.

Black History Month is a time to remember, reflect and celebrate the many contributions people of the Black diaspora have made throughout American history.

In 1926, the Association for the Study of African American Life and History chose the second week in February as a time to celebrate the contributions of African Americans. The week was picked to coincide with the birthdays of Abraham Lincoln and Frederick Douglass, two men who played a prominent role in eliminating slavery. Mayors across the country issued yearly proclamations, but for many around the country, a week wasn’t enough. In the 1960s, college campuses extended the celebration to a month. In 1976, President Gerald Ford officially recognized February as Black History Month.