According to the Knoxville Area Association of Realtors, half of the listings in March were on the market for six days. 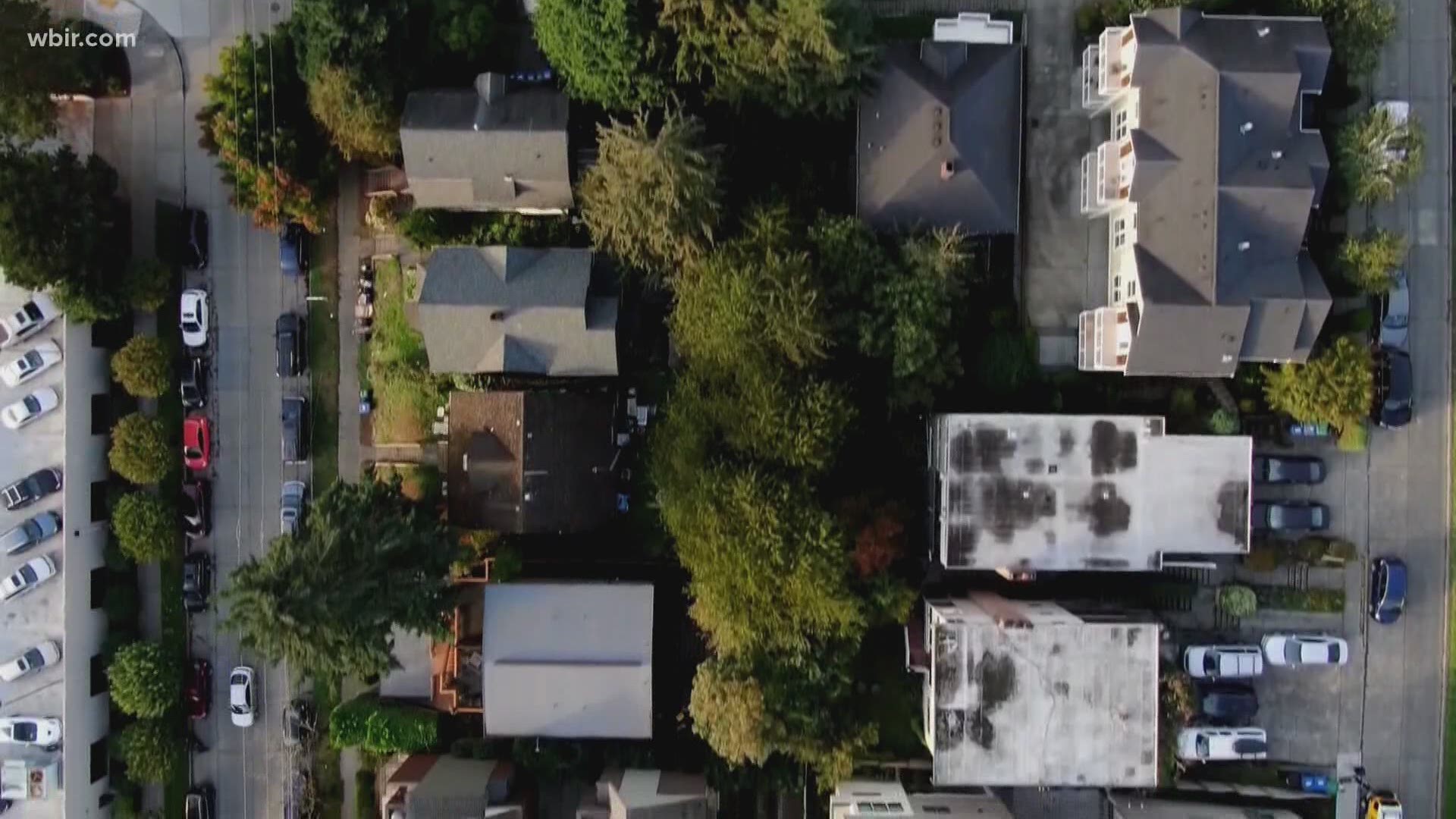 KNOXVILLE, Tenn — Many houses for sale in the Knoxville area are flying off the market.

According to the Knoxville Area Association of Realtors, half of the listings in March were on the market for six days.

Greg Patterson knew his home in West Knoxville would sell quickly after his family decided to put it up for sale last year, but he didn't think it would go in nine days.

"All of the sudden it was swarms of people. We had an open house and like 25 people showed up," he said. "We got $10,000 over asking, and that was exciting in itself because you thought wow, we really did sell at the right time, but then you have to turn around and buy a house at the same time and know that you're going to get in that same bidding war and same over asking price."

After making unsuccessful offers on several homes, his family decided to build and rent during the process.

But with construction prices rising and their lease quickly running out, they realized it wasn't going to work.

"It was scary not having a plan, not knowing especially with two little kids," Patterson said.

It's a common story in Knoxville--a hot seller's market and a lack of inventory causing a big dilemma for buyers.

According to KAAR's latest report, the number of houses for sale was down 47.5% year-over-year. New listings were down 6.1%.

"We've seen building material prices rise drastically, so if you want to resort to building just because you want to save money, I don't know that that's going to be the best option, but it's a great option for a lot of people and people should consider building if they can't find the home that they want," said Hancen Sale, Knoxville Area Association of Realtors Governmental Affairs and Policy Dir.

The Knoxville Area Association of Realtors predicts home sales and prices will continue rising in 2021 which means some buyers could continue paying over asking prices.

Sale said it could help you win the home you want and likely won't affect your home value in the long run.

"I don't think there's a scenario where you're going to sell your home for less than what you paid for at least within the next few years," he said.

Patterson finally lucked out, finding a home in a neighborhood his family loves.

He's just glad he sold when he did.

"I definitely think now is the right time to sell," he said.

Tips for selling your home:

Hire a Realtor--they can help you get the most out of your home and navigate difficult situations.

Remove clutter and stage your home--it can boost your value.

Focus on curb appeal and take care of your landscape.

Clear out for showings---plan on a quick 3 or 4-day trip, stay in a hotel, board the pets, and in general clear out for showings. Most likely you will get your home sold quickly and this approach takes the stress off having to be out of the house all day. Use it as a reason for a quick weekend getaway!

Expect your home to sell quickly, maybe in days or even hours.

Prepare for multiple offers and figure out a strategy on how to deal with them. Remember--the highest priced offer, may not be the best one.