The Service Trades Council Union said the announcement came after days of negotiations. 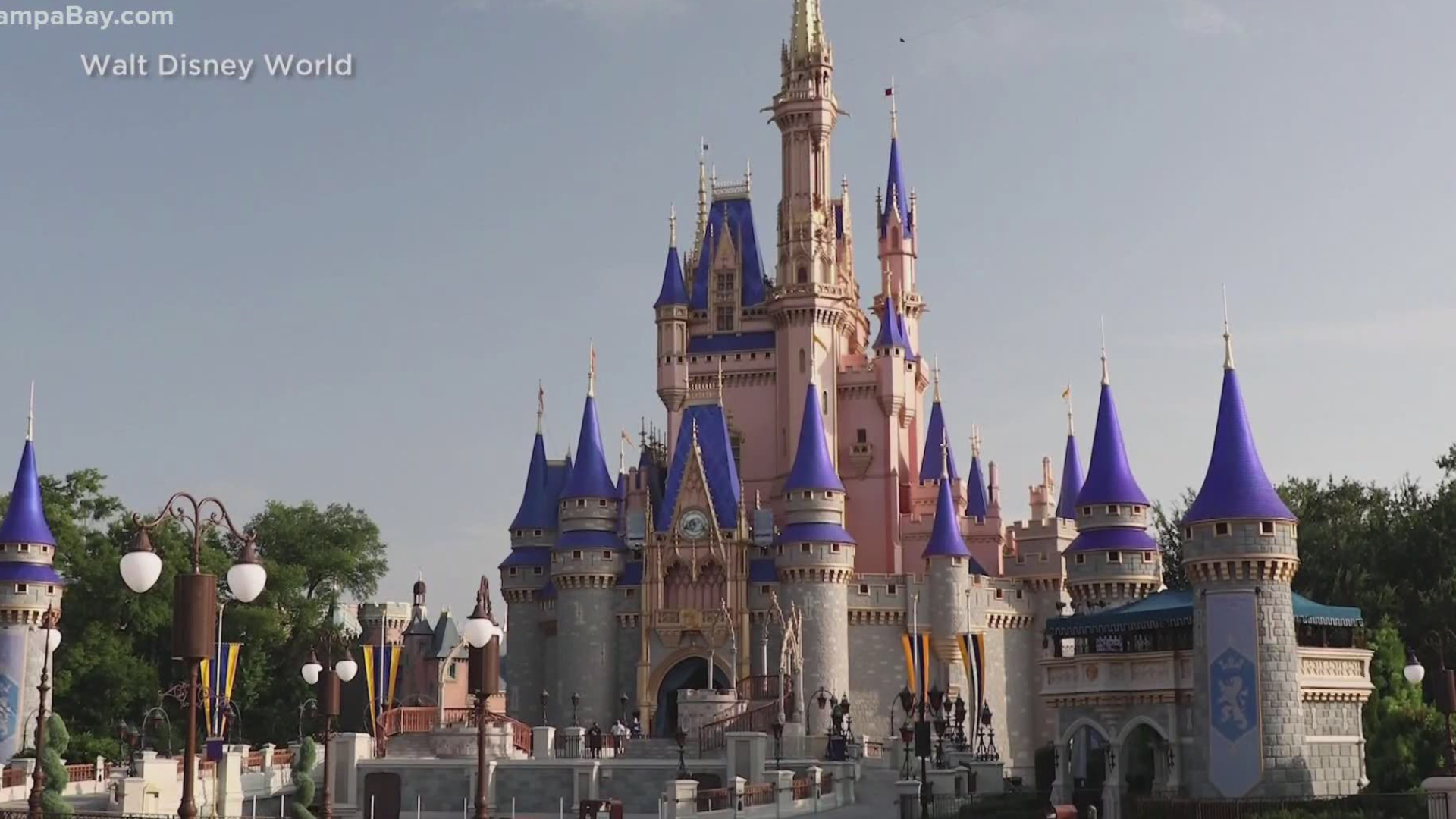 ST. PETERSBURG, Fla — More than 8,800 part-time union workers at Disney are among the tens of thousands of Disney Parks employees who are losing their jobs amid the ongoing financial impacts of the coronavirus pandemic.

To be exact: 8,857 part-time Disney union employees are set to lose their jobs, according to the Service Trades Council Union, a group of six affiliate unions representing 43,000 Disney employees.

STCU says the notification came from the theme park giant on Sept. 29 after several days of negotiations.

Last month, Disney Parks announced a total of 28,000 cast members would lose their jobs due to the ongoing COVID-19 pandemic that has kept the company's California park closed and allowed a phased reopening here in Florida.

At the time, Josh D'Amaro, chairman of Disney Parks, Experiences and Products, did note 67 percent of those employees are part-time.

A total of 6,669 non-union employees in Florida are being laid off, as previously reported. Disney said the difficult decisions it is making now will help it preserve many full-time jobs.

According to a news release from STCU, the high number of part-time job losses is due to the fact that park attendance and resort occupancy has not yet returned to pre-pandemic levels. "Work does not yet exist for these employees," it said.

"These are unprecedented times. It is unfortunate anytime a worker is laid off and the mass layoffs that Disney is facing are extremely difficult for 1,000's of Cast Members," said Matt Hollis, the president of the Service Trades Council Union.

For union members laid off from part-time positions, there could be a faint light at the end of the tunnel. The STCU says it was able to get them a contractual right to be recalled to their old jobs until Oct. 1, 2022.

Disney reported taking a $3.5 billion hit in August as a result of COVID-19 closures as revenue for Parks, Experience and Products decreased 85 percent in the quarter, according to executives during an earnings call.

A Disney spokesperson offered the following statement on Wednesday:

"As incredibly difficult as it is to take this action, this agreement helps us preserve many full-time jobs. For those affected by this decision, we thank you for all your dedication. While we don’t know when the pandemic will be behind us, we are confident in our resilience, and we hope to welcome back Cast Members where we can."

Clarification: This story has been updated to reflect that the most recent layoffs announced by the union are jobs that were part of the 28,000 cast member layoffs previously reported.

►Stay In the Know! Sign up now for the Brightside Blend Newslet