Blue Oval City | What jobs may be available, and what they could pay

About 6,000 jobs connected to the battery and electric vehicle assembly facilities are expected. 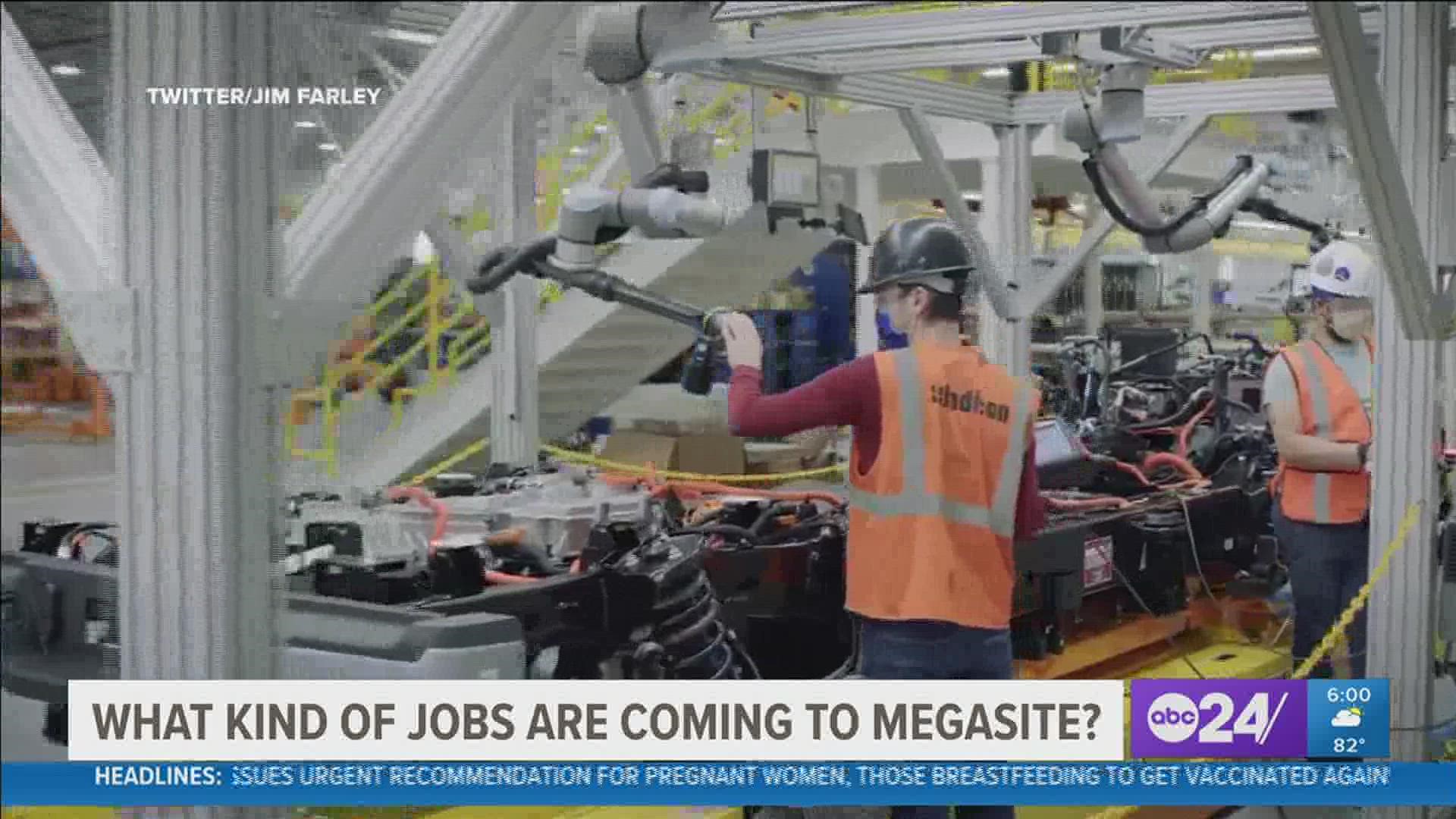 The battery and assembly plants will be built at the Memphis Regional Megasite, about 50 miles east of the Bluff City in Stanton, Tennessee.

So what kind of jobs are coming, and what could they pay?

The project is expected to have a major impact on West Tennessee when it opens. Auto Industry researchers said Ford's investment in a battery and electrical vehicle plant signifies a shift in the industry.

"Electrification is really hitting the industry much faster than most people had anticipated," said Bernard Swiecki, CAR Research Director.

Swiecki works at the Center for Automotive Research, a non-profit think tank that focuses on the auto industry. Swiecki said when it comes to jobs, there will be a big variety at Blue Oval City.

Tap below to get a recap of our plans to bring #ElectricVehicles at scale to American customers with two new massive, environmentally and technologically advanced campuses in Tennessee and Kentucky. https://t.co/zKPWvzrXZJ

How much you can make depends on the job and location.

For example, at the Hino Truck facility in Marion, Arkansas, Payscale.com says assembly line machine operators make between $26,000 and $46,000. The Toyota plant in Tupelo pays an average of $34,000 according to Ziprecruiter.com. At the General Motors plant in Spring Hill Tennessee, Ziprecruiter.com says the average salary is around $55,000.

When it comes to jobs at Blue Oval, to get an entry level job, "it's reasonable to assume that high school at a minimum, with career training after that," said Swiecki. "There will be specific differences, special skills to learn, because you are working with a potentially high voltage product. But overall the techniques are similar to other high tech manufacturers."

It's unknown at this point if the jobs with be union jobs or not. Will that make a difference when it comes to pay?

"The difference is typically not as big as some folks would expect with the non-union plants, especially when it comes to vehicle assembly paying competitive wages and providing competitive benefits," said Swiecki.

RELATED: Opinion | What can I say, Governor, you did a good job! | Richard Ransom