Memphis area is one of the top 5 fastest-selling markets in the U.S., according to Realtor.com

According to Realtor.com properties in the area sold 16 days faster in October this year than this time in 2020. 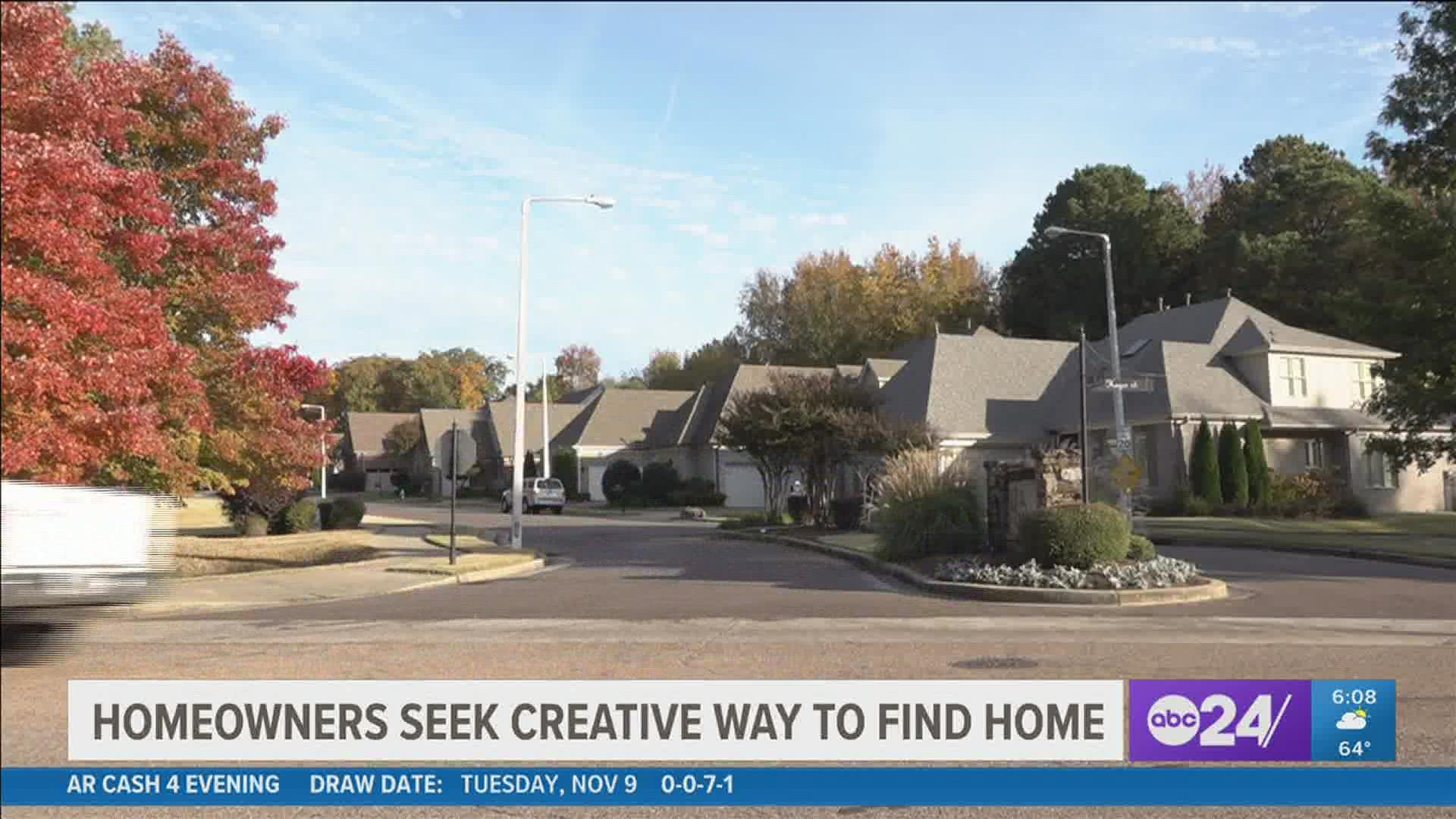 MEMPHIS, Tenn. — Realtor.com has released its October Housing report, and found Memphis was one of the top five fastest selling metro areas in the country.

According to the report, homes in the area sold 16 days quicker in October of 2021 when compared to October 2020.

According to the Memphis Area Association of Realtors, there were 2,384 homes for sale this past October compared to just over 4,000 homes two years ago.

As competition has grown due to rising prices and fewer options, some would-be homebuyers are have gotten creative when finding a home to purchase.

After six months of house hunting, Hunter Ferguson found a home near the elementary school where his children attend school.

"We knew our price range - it was going to be hard to find what we wanted to find in that area 'cause we knew it was so competitive," said Ferguson.

Ferguson said he and his wife searched for six months on Realtor.com and other websites, but could not find a home still available to purchase.

The October Market Report is out. Strong numbers indicate a positive market as we enter the final quarter of 2021. https://t.co/BX8WHtsbMr pic.twitter.com/V06Pv3kD9I

"It is a lot of people competing for very few homes," said realtor Jeanna Groome. "It's virtually impossible to move from house to house right now unless you can buy without selling your home. So if you're moving, you are probably living with family, living with friends, AirBnB, renting month-to-month."

Prices have also gone up. The average sales price year-to-year in our area is at $249,100. As a result, some frustrated shoppers are getting fatigued and giving up.

"After they have lost one home, two homes, three homes, 12 homes, you get tired. 'How can I compete? I guess I'll keep renting, or I'll stay in my house that I have outgrown'," said Todd Adams, realtor.

Frustrated with the competition, Ferguson changed his house hunting method and found a home for "sale by owner."

"This couple didn't want to sell it to a company or an investment company," said Ferguson.

With the help of his realtor, Ferguson made an offer and finally sealed the deal.

"If this hadn't popped up for sale by the owner, we are confident we would still be looking," said Ferguson. "We feel blessed and thankful, but we know people who are still looking that can't find anything."

RELATED: Housing crisis: Family camping in a tent while they search for affordable housing

RELATED: "It's pretty frustrating to have my mom sleeping in someone's living room" | Mid-South woman desperately hunts for new home

RELATED: Just who are these investment firms buying thousands of Memphis-area homes?