MLGW President J.T. Young says it can be a slow process, as the board pushes for him to speed things up.

Fr: MLGW Board of Directors

It didn’t go quite like that, but it is unusual for MLGW Board members to publicly criticize the company President. They did.

MLGW has, for the last year and a half, been holding meetings about whether the company should no longer buy its power from TVA. Studies have indicated MLGW could save hundreds of millions of dollars a year by doing just that. That means you could possibly save big on your utility bills.

The study is done. The next step is for the company to ask for Requests for Proposals from utility companies who want the job.

According to MLGW President J.T. Young, ”As an industry, our investments are very long term. Very costly investments. We don’t move as an industry very quickly because when we do move, we typically move with large projects.”

They don’t get much larger than this. MLGW has been buying power from the TVA since the 1930s. Normally, utility companies enter into 20-year contracts with energy providers. Right now, MLGW spends $1-billion a year for providing services. It’s why J.T. Young doesn’t apologize for them spending a nice chunk of change while still not making a decision.

He says, “We’re somewhere around $700,000 to a million dollars total,” he says. “But again, it’s a billion dollars and if there are potential savings, from the numbers we’ve seen, it’s still a decent investment.”

MLGW must now spend around $400,000 to hire a consultant to help them with all the requests for proposals.

Board members want to have this consultant hired by the third week of September. J.T. Young told them “That’s going to be very difficult to do.”

TVA respects and supports MLGW’s decision to pursue Request for Proposal’s (RFP’s) as it looks to its long-term energy supplier.

We are excited about the opportunity to engage in the RFP process – put the facts on the table – and prove that TVA in partnership with MLGW is the best option for the people of Memphis and Shelby County.

When it comes to energy costs, Memphis starts from a position of strength. In partnership with TVA, MLGW today provides the third-lowest energy costs in the nation among its peers. TVA’s commitment is to keep energy costs stable over the next decade.

We believe the people of Memphis deserve a partner that cares about serving their needs and addressing real issues like energy burden and the revitalization of the city’s core communities.

TVA recently announced a plan to do just that…delivering $2 billion in value to the people of Memphis focused on investing in core communities, regional economic development, and addressing energy burden challenges for small businesses and residential customers.

These are real, tangible investments, not hypothetical figures in a study. These are commitments TVA will deliver, not unbacked promises.

TVA has been privileged and honored to serve the people of Memphis and Shelby County for more than 80 years. We look forward to continuing that partnership for decades to come.

That mission of service has and continues to deliver for the people of Memphis and Shelby County:

When it comes to energy costs, Memphis starts from a position of strength. In partnership with TVA, MLGW today provides the third-lowest energy costs in the nation among its peers. TVA’s commitment is to keep energy costs stable over the next decade.

In the past eight years, TVA has worked to attract or retain more than 40,000 jobs and $5.5 billion in capital investment in Memphis

Amazon in Frayser community – 1,000 jobs and more than $200 million in capital investments

Disposition of the Allen Fossil Site land to enable the Port Development Project worth billions to the local economy.

We are committed to increasing our carbon reduction while maintaining our focus on delivering the reliable, low-cost energy you expect and deserve. 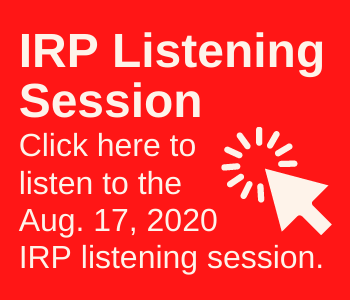