The company's announcement follows the recent moves of other tech giants like Tesla. 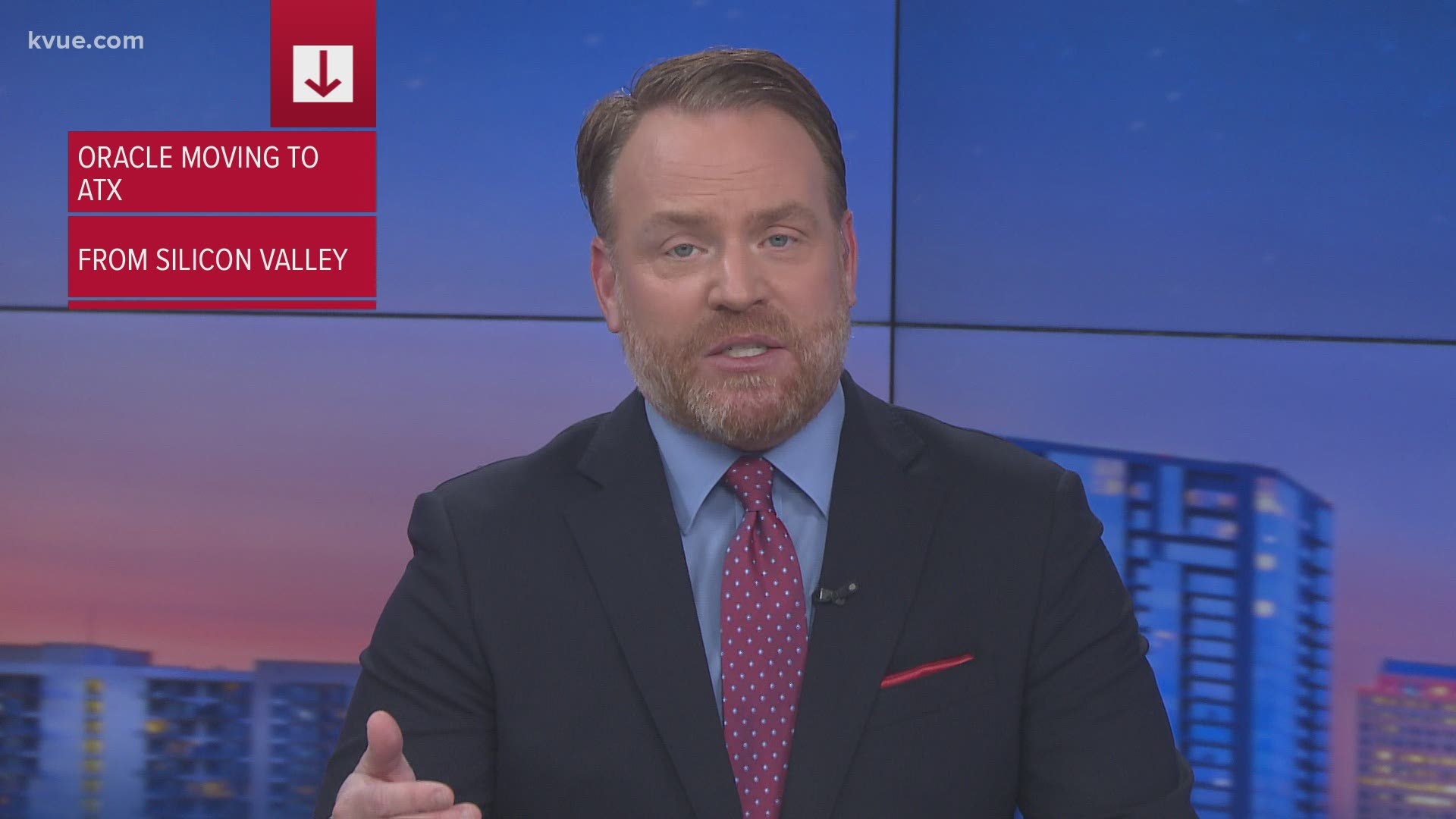 AUSTIN, Texas — Oracle is the latest tech company to ditch Silicon Valley, packing up its bags for the ATX.

An Oracle spokesperson confirmed Friday that it is moving its headquarters to Austin. It already has a facility in town off of East Riverside Drive.

“We recently announced that Oracle is implementing a more flexible employee work location policy and has changed its Corporate Headquarters from Redwood Shores, California, to Austin, Texas," the spokesperson said. "We believe these moves best position Oracle for growth and provide our personnel with more flexibility about where and how they work. Depending on their role, this means that many of our employees can choose their office location as well as continue to work from home part time or all the time. In addition, we will continue to support major hubs for Oracle around the world, including those in the United States such as Redwood Shores, Austin, Santa Monica, Seattle, Denver, Orlando and Burlington, among others, and we expect to add other locations over time. By implementing a more modern approach to work, we expect to further improve our employees’ quality of life and quality of output."

The company joins a growing list of companies moving to Austin, such as Tesla. It also joins giants like Google, Facebook, Dell, IBM, Indeed and many more who are already in the city, cementing Austin as one of the nation's biggest hubs for technology.

"Oracle is a global technology giant with an already strong presence here in Texas, and we are proud to welcome its headquarters to Austin," Gov. Abbott said Friday. "While some states are driving away businesses with high taxes and heavy-handed regulations, we continue to see a tidal wave of companies like Oracle moving to Texas thanks to our friendly busidness climate, low taxes, and the best workforce in the nation. Most important of all, these companies are looking for a home where they have the freedom to grow their business and better serve their employees and customers, and when it comes to economic prosperity, there is no place like the Lone Star State."

BREAKING: Oracle just announced they have moved their Headquarters to Austin.

Texas is truly the land of business, jobs, and opportunity.

We will continue to attract the very best.

Oracle was founded in 1977 by engineers Larry Ellison, Bob Miner and Ed Oates in Santa Clara, California. It became a publicly-traded company in 1986. A year later, it became the world's largest database management company with $100 million in sales and 4,500 end-users in 55 countries.

According to a report from KVUE's news partners at the Austin American-Statesman, Ellison will not be moving to Austin with the company.