Six years after Bass Pro opened at the Pyramid, is it paying the rent promised?

Bass Pro said it's paid up, and documents first released to media showing shortage were incomplete, according to Mayor Strickland's spokesperson. 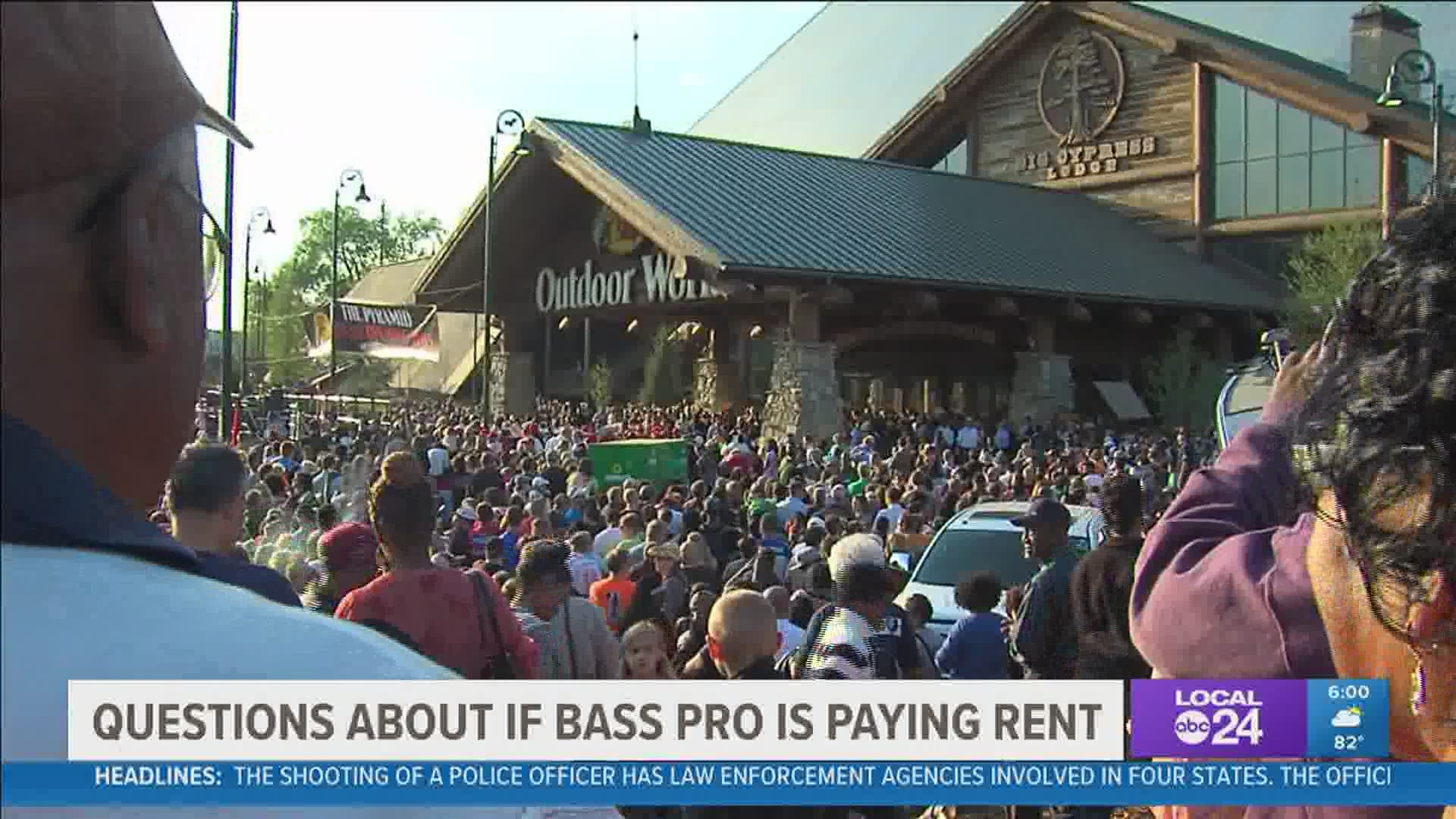 MEMPHIS, Tenn. — Is Bass Pro at the Pyramid paying what it promised taxpayers?

Almost $100 million of taxpayer money was spent to help convert the Pyramid from an arena into Bass Pro's retail store and hotel.

Bass Pro is supposed to pay the city back at least $1 million a year. But there are questions, according to documents released by the city of Memphis.

According to the rental agreement with the city, it is supposed to pay 2% of its gross sales, or a minimum of $1 million in rent to the city of Memphis per year. Taxpayers were told sales would be so great that the city might get as much as $2.5 million per year in rent.

Documents released by the city in March show the first year it was in business, sales were good and the checks were coming in. According to the city, more than $1.2 million was paid to the city of Memphis in rent.

The next year, documents show just over $1 million rent was paid.

And every year since then, according to records released by the city, the amount paid by Bass Pro decreased.

"First of all, we were against this project from the start. With projects like this a lot of the estimates they give don't really end up with reality," said Mark Cunningham, Spokesperson with the Beacon Center of TN, a free market think tank that opposes corporate welfare.

"Ultimately, the city of Memphis is responsible because they are the ones that gave millions and millions to Bass Pro shop," said Cunningham.

More than a week ago, Local 24 News asked for an interview with Mayor Jim Strickland and also began calling and emailing Bass Pro for comment. After several calls and emails, Bass Pro responded just an hour before this story was published.

In their statement, Bass Pro said, "Bass Pro Shops has made full and complete payments to the city as outlined in the terms of our lease. We continue to be pleased with the Pyramids performance and overall impact on the Bass Pro Shops brand."

Late Wednesday afternoon, Mayor Strickland's spokesperson told us, a mistake was made, and we were not given the complete documents. The mayor's spokesperson said Bass Pro has paid in full and we were told the city is collecting the proper documents to send to us.

At 5:00 pm Wednesday, the city sent us a "Bass Pro rent report," a spreadsheet log of payments made every month since Bass Pro opened. According to that report, Bass Pro has paid right at $6 million since it opened six years ago. You can see that document HERE. However, we have yet to receive any official financial documentation.