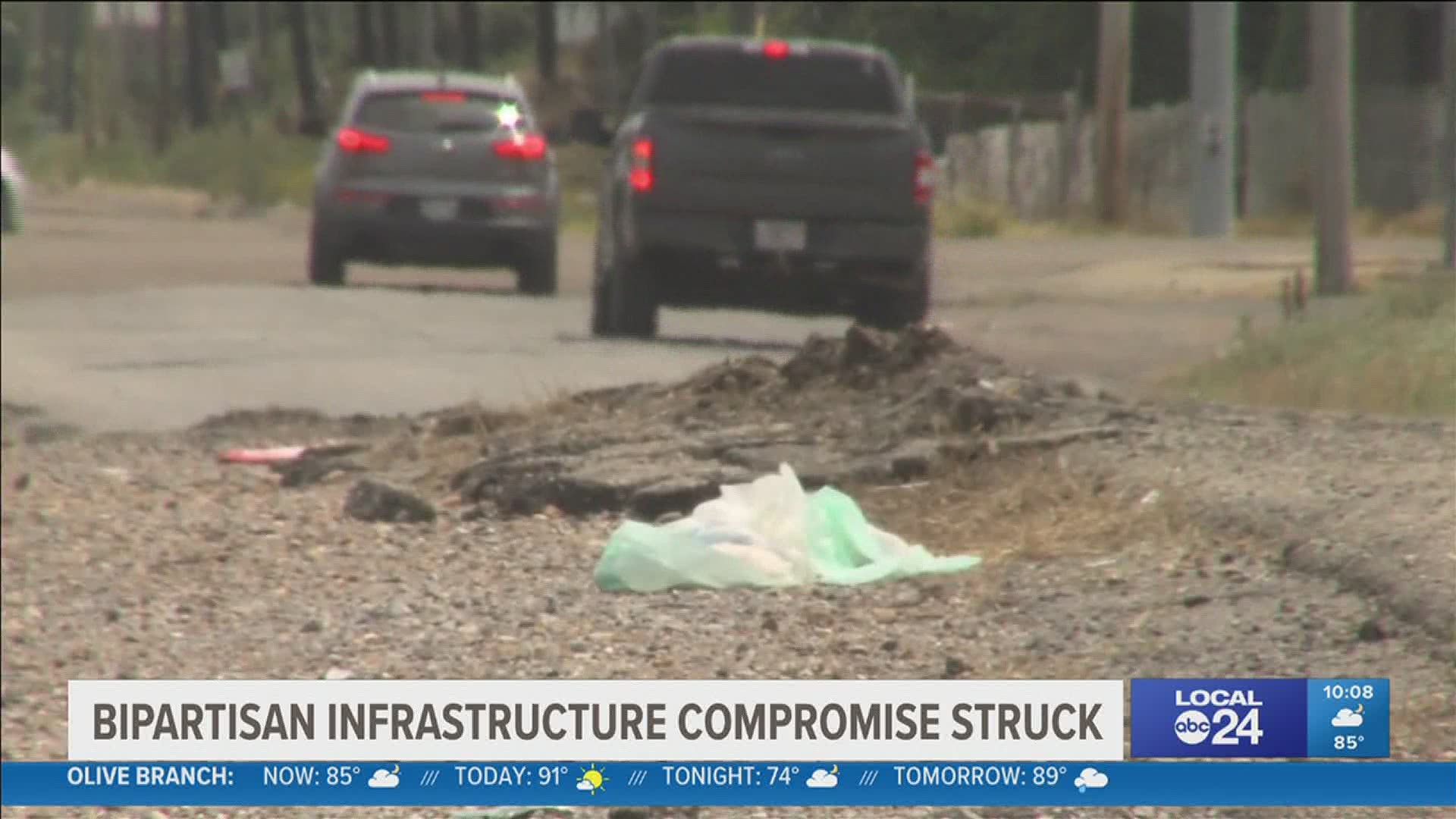 US-70, which is Broadway Avenue in West Memphis, is scheduled to be repaired next year after years of deterioration.

The city's mayor, Marco McClendon, said until the I-40 bridge closed, Broadway Avenue never had as much traffic. It's now spilling over onto city-maintained streets, which he estimates will cost the city nearly $7 million to repair.

"We don’t have the funds," McClendon said. "That’s why I’m saying that West Memphis needs a bailout. We need help."

Once quiet residential streets, such as Walker Avenue, are now avenues for 18-wheelers and other cars rerouting around the closed I-40 bridge.

"Infrastructure is something we can’t move around," McClendon said. "We have to have the streets for people who are living in the area to get back and forth to work, children riding on their buses getting dropped off on those certain streets."

Under the $579 billion infrastructure bill, $312 billion will go towards transportation, including roads, bridges, major projects, and public transit.

"Repair and rebuild our roads and bridges with a focus on climate change mitigation, resilience, equity, and safety for all users, including cyclists and pedestrians," the White House said. "The Bipartisan Infrastructure Framework is the single largest dedicated bridge investment since the construction of the interstate highway system."

Whether West Memphis will get some of that hasn't been decided, but McClendon hopes the city is on the list.

"Infrastructure is something we got to have," McClendon said. "To the federal government, to the state we need help."