“I’ve been through the system numerous times protesting here in the city of Memphis,” said Antonio Cathey. “It just needs to end. It’s a way for the city to collect 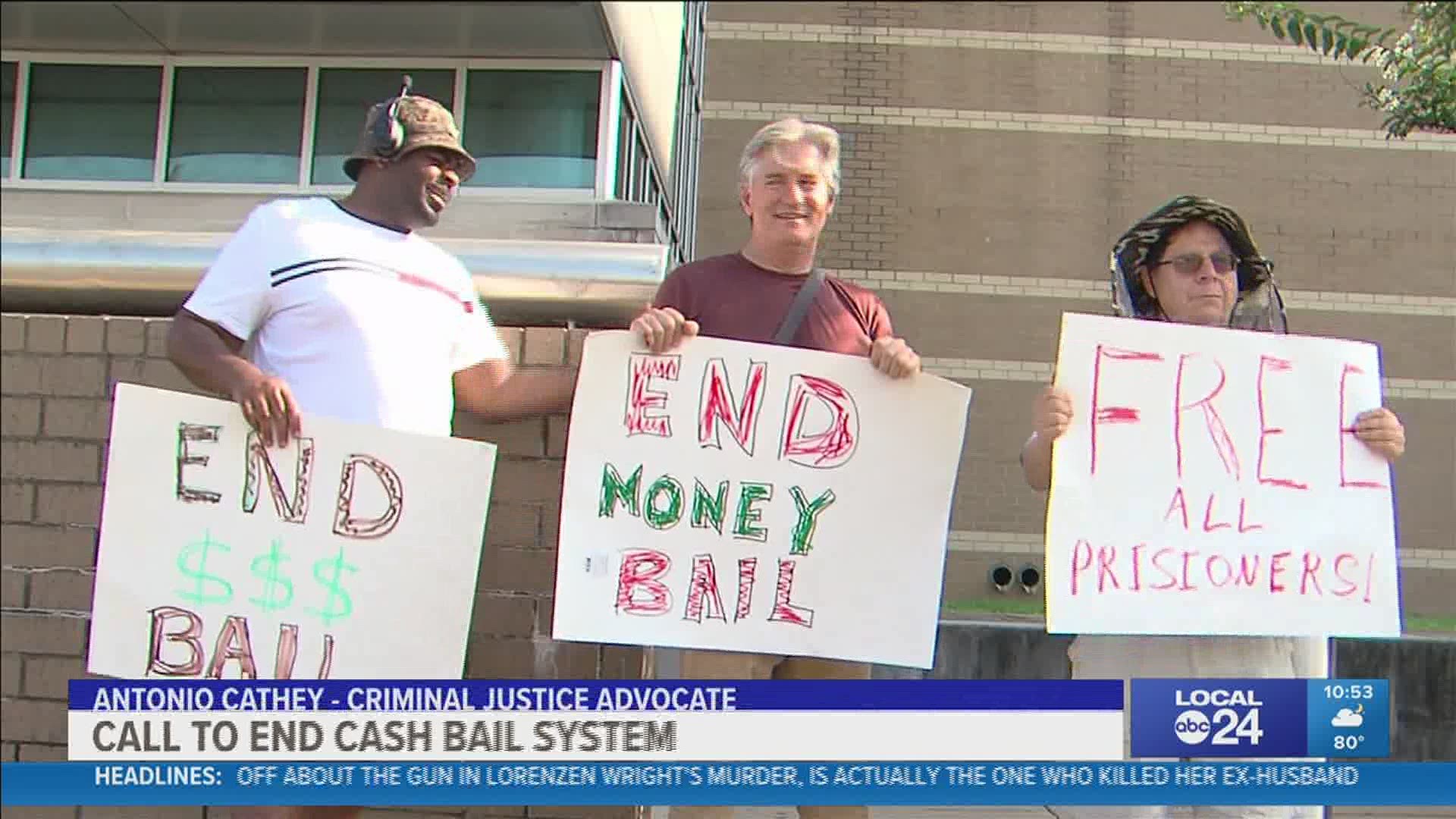 MEMPHIS, Tenn. — Wednesday, a group advocated in support of many low-risk inmates who can’t afford bail, which they said ends up impacting their livelihoods.

“If you go inside and see who’s arrested and who’s there with no money you’ll find that they don’t look like me,” said Bill Stegall, who has been arrested in the past.

Stegall was arrested during protest and he isn’t the only one.

“I’ve been through the system numerous times protesting here in the city of Memphis,” said Antonio Cathey. “It just needs to end. It’s a way for the city to collect dollars.”

Cathey joined Stegall outside of 201 Poplar, calling for an end to money bail, and said the system needs to change.

“If you’re poor or don’t have the resources or no one in your family has the resources to bail you out you’re in there into you go to court,” Cathey explained.

Everyday at Just City, we hear from people who qualify for expungement but can't access it solely because they owe money. We have a waiting list of hundreds and hundreds of people who need help with old court debt. 2/4

Josh Spickler is the executive director at Just City, which pursues bail reform and pays bail for people, getting them back in classrooms and to jobs.

“One of our client’s parents had cancer,” shared Spickler. “He was the primary caregiver when he was accused of a low-level offense. By paying his bail, we allowed him to get back to that elderly parent who was very sick.”

Spickler said those primarily impacted by the criminal legal system are black men.

Just City has bailed out over 300 people with its bail fund.