The mayor of West Memphis estimates the city has lost $2 million in revenue since the I-40 bridge closed. 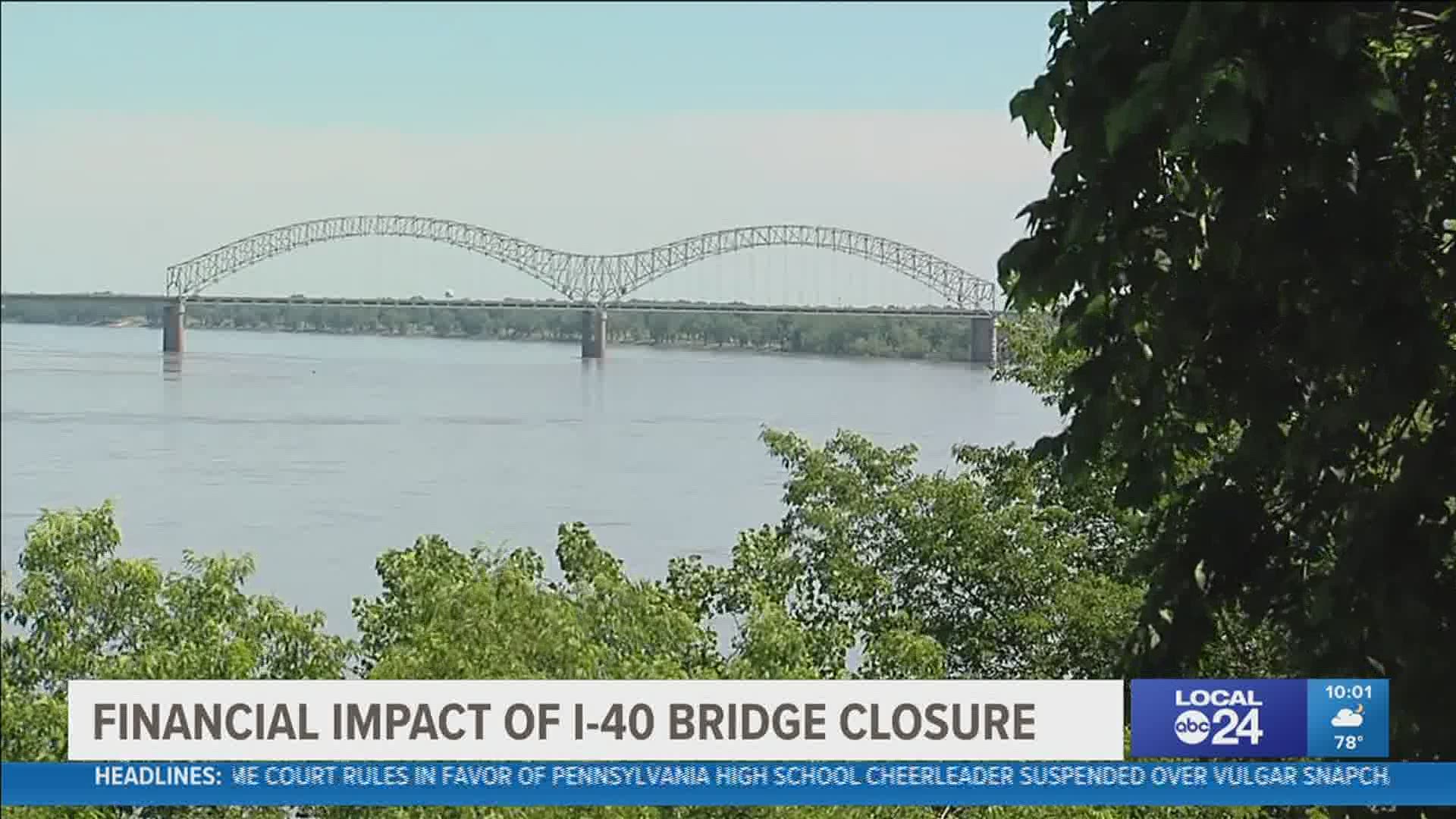 WEST MEMPHIS, Ark. — The I-40 bridge closure is costing businesses across the Mid-South millions of dollars.

The Arkansas Trucking Associations said it's been losing $2 million every day as drivers navigate routes avoiding the bridge.

While there's no exact date for when the bridge will reopen, the Tennessee Department of Transportation said repairs are on schedule and is hoping for the end of July.

West Memphis Mayor Marco McClendon said the city will have to address several other new issues from the bridge closure, including repairs to residential streets that are now avenues for trucks and other traffic. He also estimates a nearly $2 million revenue loss for the city since the bridge closed.

"We’re just trying to do what we can," McClendon said. "We’re so limited at the city level to do as much as we want to do so definitely we need the support from the state and federal level."

The I-40 bridge closure has cost Mid-South businesses MILLIONS of dollars.

The Arkansas Trucking Association says it's losing $2 million per day.

Now, the sometimes hours-long traffic jams on I-55 are affecting small businesses in West Memphis, too. @LocalMemphis pic.twitter.com/TPZwNgV4EP

Despite attention from the White House and US Transportation Secretary Pete Buttigieg, McClendon said nothing has changed.

"We’re hoping that they’re listening to our concerns," McClendon said.

The bridge shutdown has also become a problem for businesses logistically.

West Memphis dentist Dr. Brian Rhoads said he luckily hasn't lost revenue, but it's been difficult for patients to see him.

"For us, the logistics, the product is the patient, so getting that person from point 'a' to point 'b' is a huge issue with the bridge," Rhoads said.

What used to be a 15 to 20 minute commute on either bridge can now be hours long on I-55, so patients often have to reschedule or they just don't show up.

"The West Memphis and Crittenden County people that work in Tennessee again trying to come back to us for their dental appointments taking two and three hours sometimes to get across the bridge," Rhoads said.

Rhoads said he's trying to adapt so he can see all his patients.

"You feel obligated to see that patient that’s been with you and made an effort to get here which in turn causes the person who was on time to be behind because you’re trying to help everyone that has their dental care," Rhoads said.

He hopes the bridge is fixed soon, so businesses on either side can get back to normal.

"We’re a community together even though there’s a bridge that separates us," Rhoads said. "I think everybody agrees we’re all in this thing together."