MLGW could save billions of dollars by leaving TVA

A consultant hired by the company made public a draft of their report.

MEMPHIS, Tenn. — Memphis Light, Gas and Water could save billions of dollars by telling the TVA to hit the road. A consultant hired by the company made public a draft of their report Friday morning.

MLGW has been studying this issue for the last year, when a committee was formed to look into the pros and cons.

According to Gary Vicinus of the Siemens consulting group, the company would save money by purchasing power from Mid-continent Independent Systems Organization (MISO).

According to the study co-author Gary Vicinus of Siemens, “If you convert to a dollar figure per year, the numbers reflect annual savings of about $150-million a year."

There will be a virtual town hall meeting, where you can read the report and ask questions, next Thursday. The Memphis City Council and the MLGW Board of Commissioners must approve it as well.

It would take five years for any changes to happen. 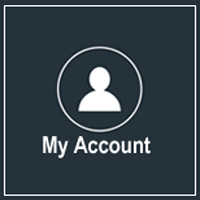 Welcome to MLGW
Siemens to present the integrated resource plan (IRP) draft The public is invited to virtually attend the MLGW Power Supply Advisory Team (PSAT) meeting on Friday, May 29, from 10 a.m. to 2 p.m. The public will be able to view the meeting live. To j...

RELATED: New Shelby County budget may have $34 million deficit thanks to coronavirus outbreak