Nashville’s budget is much worse than Memphis right now. 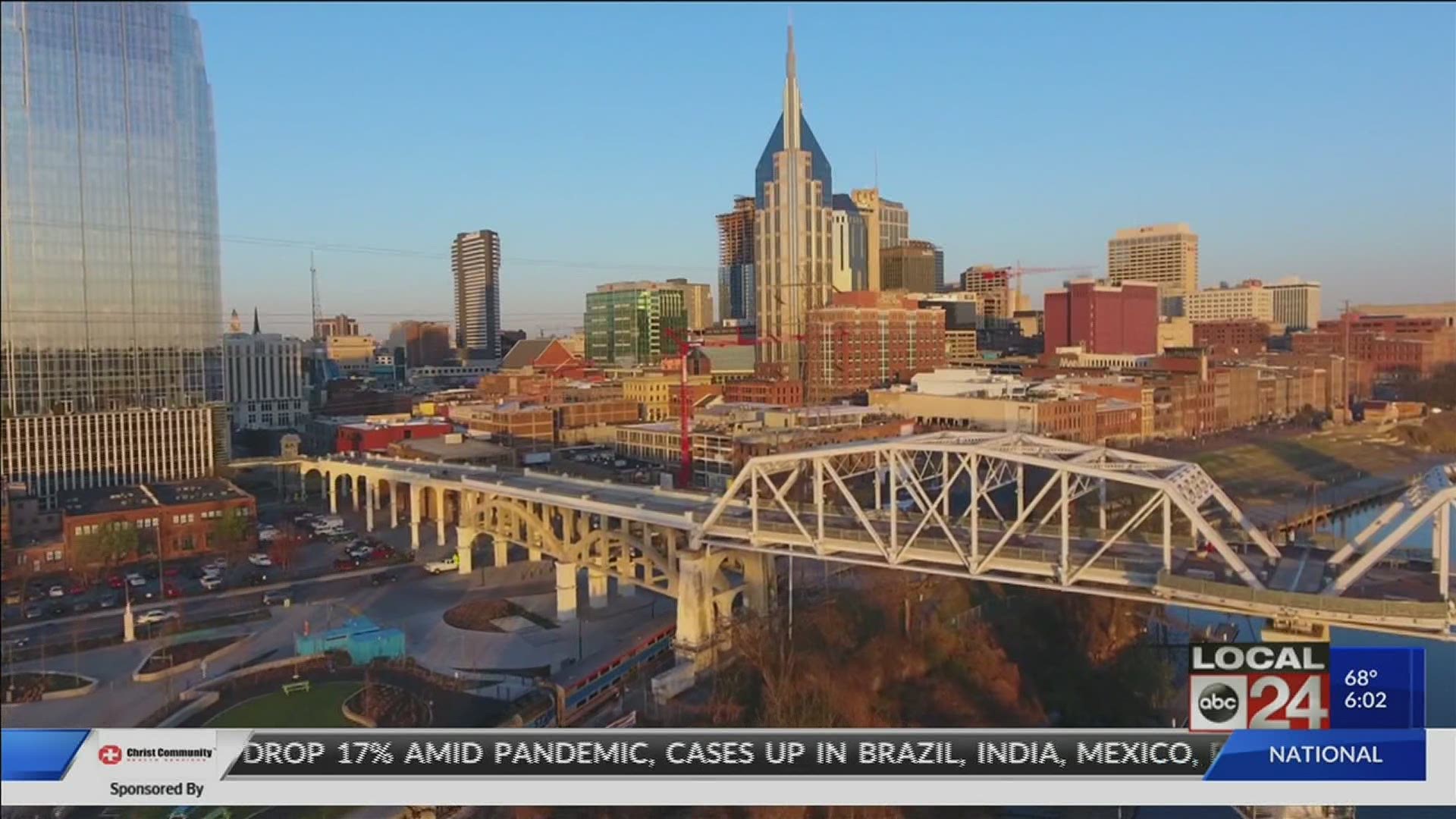 MEMPHIS, Tenn. — Memphis city leaders may be having to deal with a budget shortfall, but it's a much better than the grim scenario playing out in Nashville. Residents there are facing potential 32% property tax hike.

If you lived here in Memphis for any length of time, you are familiar with the Memphis/Nashville comparisons. And when it comes to comparing the two cities finances, this year we win.

When it comes to Memphis and money, because of the COVID-19 shutdown, the city expects to be in the red $26 million for this year and $80 million going into next year. But those following the situation say it could be a lot worse. Nashville has projected a more than a $400 million budget shortfall.

"While certainly Memphis needs to try and work to improve its finances, you don't want to be Nashville in this situation. You don't want to be the darling national "It" city and be broke,” said Ron Shultis, Beacon Center of TN spokesperson.

Shultis is with the government watchdog group the Beacon Center of Tennessee, which is based in Nashville and watching the budget crisis playout. Shutlis says Nashville's rapid growth and rapid use of tax incentives, along with not putting enough money aside in a rainy-day fund, has the city in quite a conundrum.

He says the spring tornadoes, followed by the COVID-19 shut down, has amplified the financial troubles.

"It's really served as the catalyst that's broke the camel’s back," said Shutis. "You've got businesses that are still being mandated to stay closed or at least at a reduced capacity. But then you are also talking about raising their property taxes by 32%. How do you expect them to do that if you are not allowing them to operate and make a living," said Shultis.

Due to the COVID crisis, this year Memphis is short $26 milllion, which will be covered by using money from the reserve fund, CARES ACT, and sales tax revenue. Memphis is $80 million for next year, but Shulis says compared to what is going on in Music city, "Memphis is in a much stronger financial situation as we come out of this whole economic shutdown due to COVID."

Local 24 News says was hoping to talk to someone from the city of Memphis about this, but a spokesperson said because it is was council day and they are dealing with all this budget stuff, everyone was just too busy.

RELATED: Shelby County Mayor Lee Harris on budget: “My number one priority is to make sure there are no layoffs"

RELATED: Tax revenues for Tennessee plummet thanks to coronavirus

RELATED: Shelby County Schools budget is about $1.6 billion for next school year

RELATED: State lawmakers could consider cuts to TennCare to make up budget shortfalls