MEMPHIS, Tenn. (localmemphis.com)- One local business is drawing quite the crowd at Wolfchase Galleria.   “B Chill Lemonade” has been cooling down Mem... 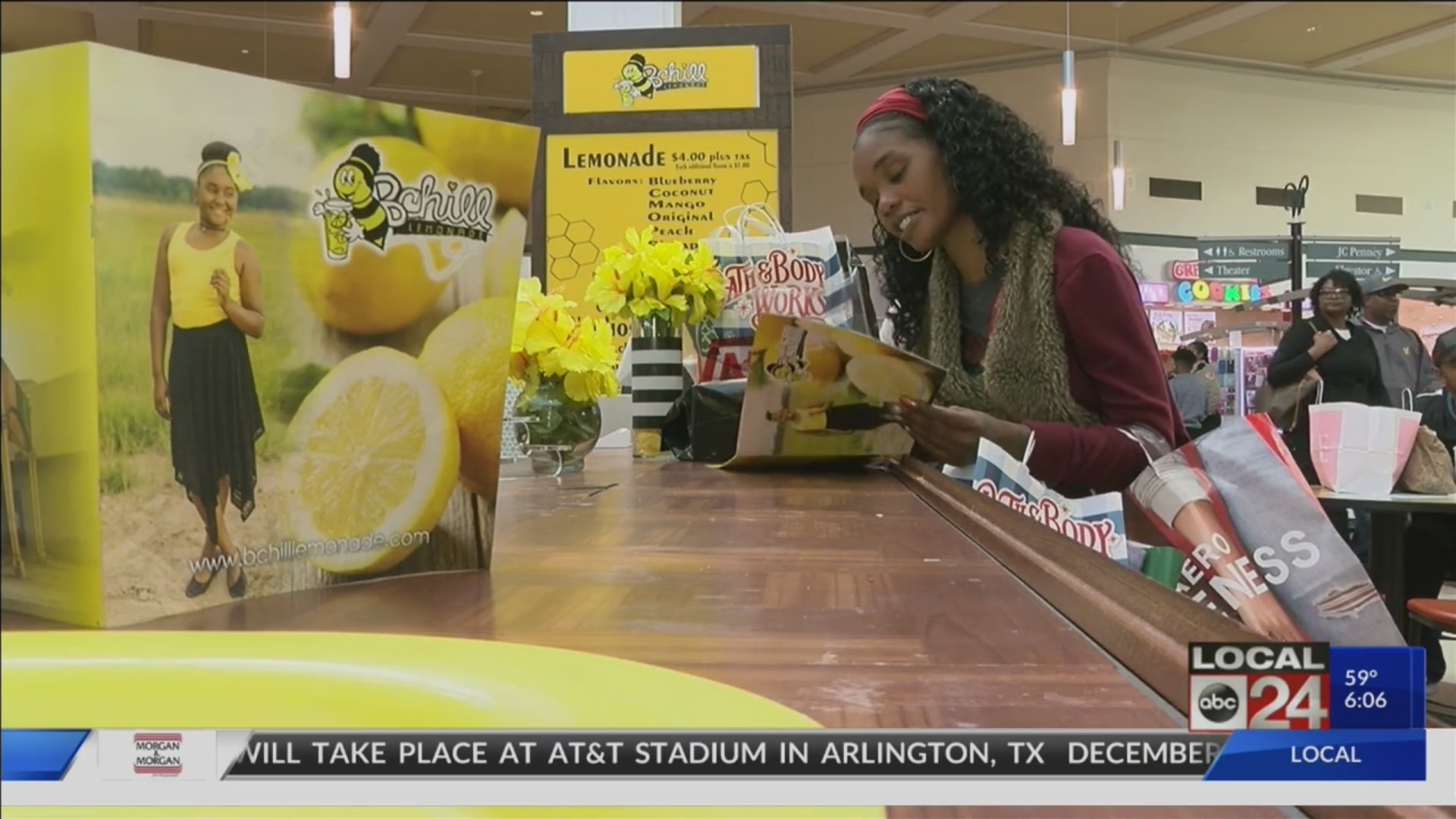 MEMPHIS, Tenn. (localmemphis.com)- One local business is drawing quite the crowd at Wolfchase Galleria.

“B Chill Lemonade” has been cooling down Memphis for a while now, but the story behind its owner might surprise you.

We’ve got to peel back five years for this one.

That is when now 11-year-old Kinyah Bean took on a special agreement.

“My dad challenged me at the age of six to have my own company by the age of 10,” said Kinyah.

When life gives you lemons, you make lemonade.

“I made a glass of lemonade and put it on the counter. I went to go clean my room. When I came back for the lemonade, I noticed it was almost gone,” said Kinyah.

Her dad drank it mistaking it for Chick-Fil-A’s drink.

Just like that, Kinyah squeezed gold starting ‘B Chill Lemonade.’

“It was crazy because I was just like original, coconut, mango, strawberry,” said Kinya.

Her family moved to Memphis from Mississippi.

“We prayed about it. We talked about it. Discussed it. I really wanted to make sure her commitment was at the highest level that I can expect from an 11-year-old,” said Valerie Braddock, Kinyah’s mother.

How has B Chill Lemonade grown?

She has a lemonade stand smack in the middle of Wolfchase Galleria’s food court.

“I like to say that God gave me a vision because that is what happened,” said Kinyah. “We have our stand right here, but our first stand is in the Hickory Ridge Mall. We have two stores now.”

“When people come and they say, ‘Oh, you have a little stand’ or ‘Oh, you’re trying it.’ No baby, you are doing it. I want you to walk in your performance. Walk in your success. Walk in your ability because you exude confidence,” said Braddock.

Kinyah also has a book for kid entrepreneurs called ‘Chilling My Way to Success’ and is a motivational speaker.

“A lot of people don’t think there’s a lot of light to Memphis because of all of the things that have been going on, but there is. That’s what is the kids. Although we may be young, we still try to make an impact on the world,” said Kinyah.

If that’s not enough, Kinyah has two shoes coming out.

One is the B Chill shoe which will help charities.

The second is called Pink Lemonade to raise awareness for breast cancer.

Kinyah is the youngest certified business in the state and the youngest member ever in the history of the chamber of commerce!