Man charged after 2 TDOT contractors killed in crash on I-40, another contractor and THP trooper injured

The driver of a semi-truck that hit and killed two men working on Interstate 40 Nov. 6, 2019, has been charged. 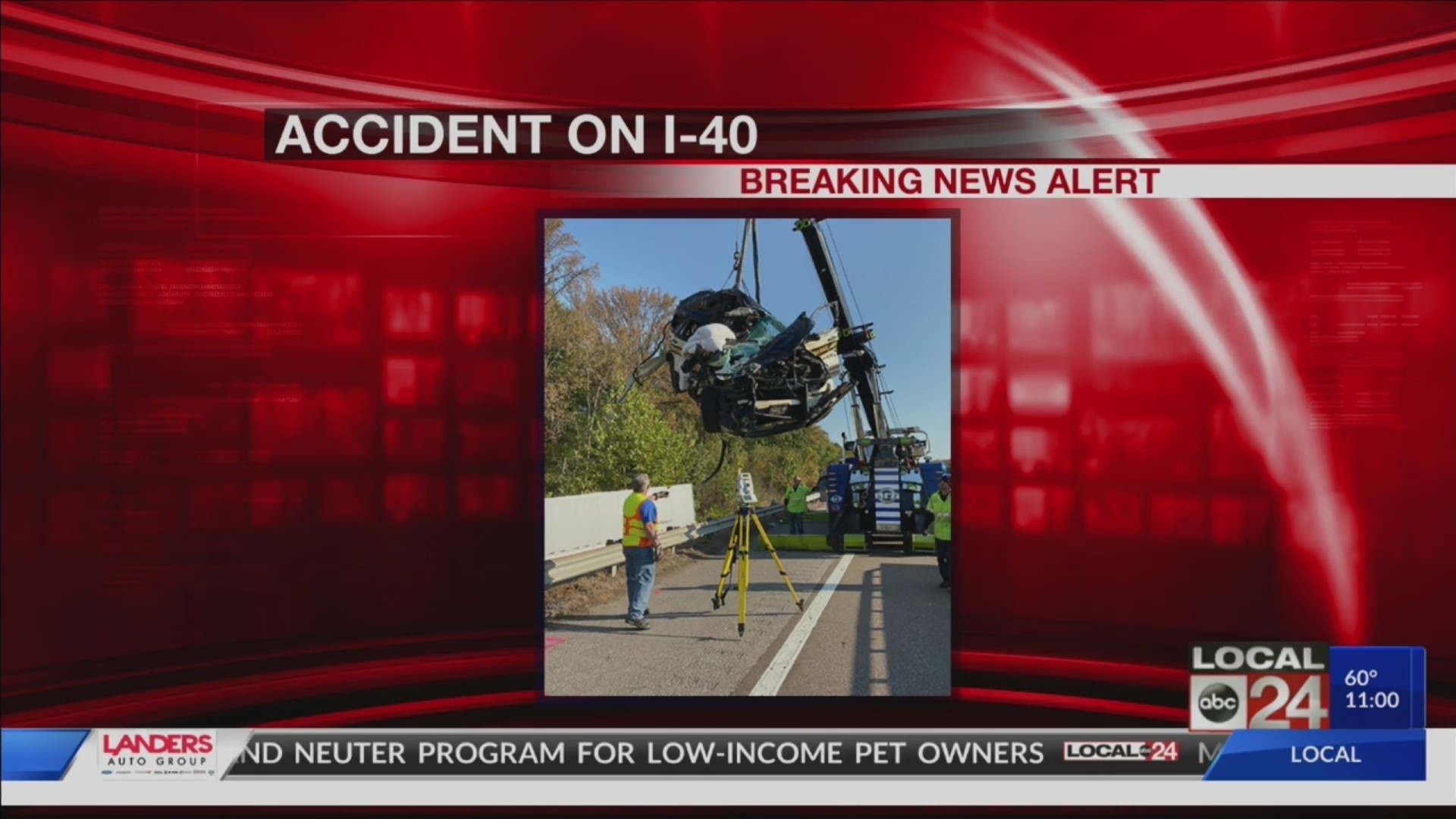 UPDATE   7/31/2020 The driver of a semi-truck that hit and killed two men working on Interstate 40 has been charged.

Friday, at the direction of the U.S. Marshals Gulf Coast Regional Fugitive Task Force, Marvin Crigler was arrested in St. Louis for Vehicular Homicide, DWI, Vehicular Assault, and Aggravated Assault. These charges stem from an incident on November 6, 2019.

"We are pleased that Marvin Crigler will be brought back to Shelby County to face charges for the TDOT contractors who were tragically killed and the injury of the Trooper. I especially want to thank the Deputy Marshals in St. Louis for this capture. The Marshals Service is committed to bringing fugitives to justice no matter where they run," said Marshal Miller.

UPDATE: SHELBY CO, Tenn. (localmemphis.com) – The driver of a semi-truck that hit and killed to men working on Interstate 40 early Wednesday morning has been identified.

According to the Tennessee Highway Patrol, 61-year-old Mervin Crigler was traveling west on I-40 and crashed into three parked cars. Two workers who were contracted by the Tennessee Department of Transportation who were working were hit and killed, and a State Trooper Lejulian Roy, 34, from Memphis, was injured.

No criminal charges have been filed, and an alcohol/drug test has been requested.

UPDATE 11/7/2019 – Local 24 News has learned the truck that crashed into TDOT contract workers, killing two and leaving a third worker and a trooper injured, had been reported stolen.

We received the following statement from Penske, who said they rented the truck to another company:

The vehicle involved in the accident was not driven or operated by Penske. We are a truck rental company. A commercial trucking company rented the vehicle from Penske. However, it is Penske’s understanding that our customer reported the rental semi-truck involved in this accident as stolen to police. As this is an ongoing investigation, we would defer additional questions to local law enforcement. We stand ready to assist law enforcement with their investigation. Penske extends its sincere condolences to the loved ones of those victims involved in this tragic accident.

SHELBY COUNTY, Tenn. (localmemphis.com) – Two TDOT contractors are dead and a Tennessee Highway Patrol trooper and another contractor are injured after an early morning crash on I-40 Hickory Withe Road and Highway 385.

TDOT says the two contract workers were employed by A & A Safety out of Ohio. An A & A Safety spokesperson tells Local 24 News the contractors who were killed are 22-year-old Jared Helton and 30-year-old Justin Stafford. A & A Safety also says a third worker of theirs was injured and is being held overnight for observation at a Memphis hospital.

Just in: These are Facebook pictures of the two people killed today in that accident on I-40. 22-year-old Jared Helton is on left; 30-year-old Justin Stafford on the right. They were TDOT contract workers from Ohio's A&A Safety. A company spokesperson said both were from KY. pic.twitter.com/TsoYZBFAVW

The injured trooper was taken to Regional One. A THP spokesperson tells us the trooper is believed to have a punctured lung and broken ribs, but is expected to recover.

According to THP, the wreck involving multiple vehicles, including a tractor trailer truck, happened just before 4:00 a.m. in the westbound lane, near mile marker 26, which is close to Arlington. 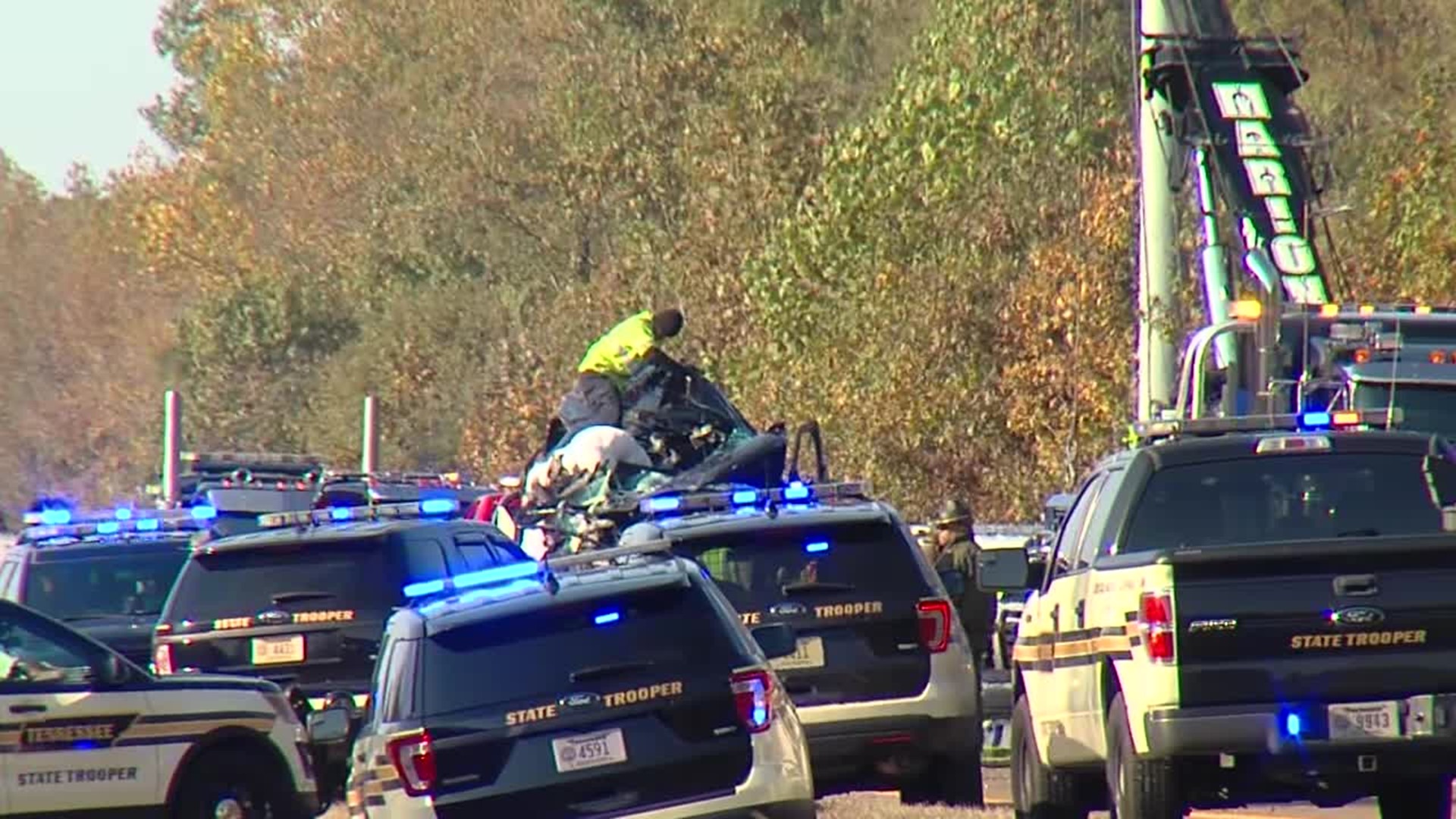 The TDOT workers were laying down reflectors in the middle of the interstate when the incident happened. Cones were out and the trooper was following behind them as a blocker. 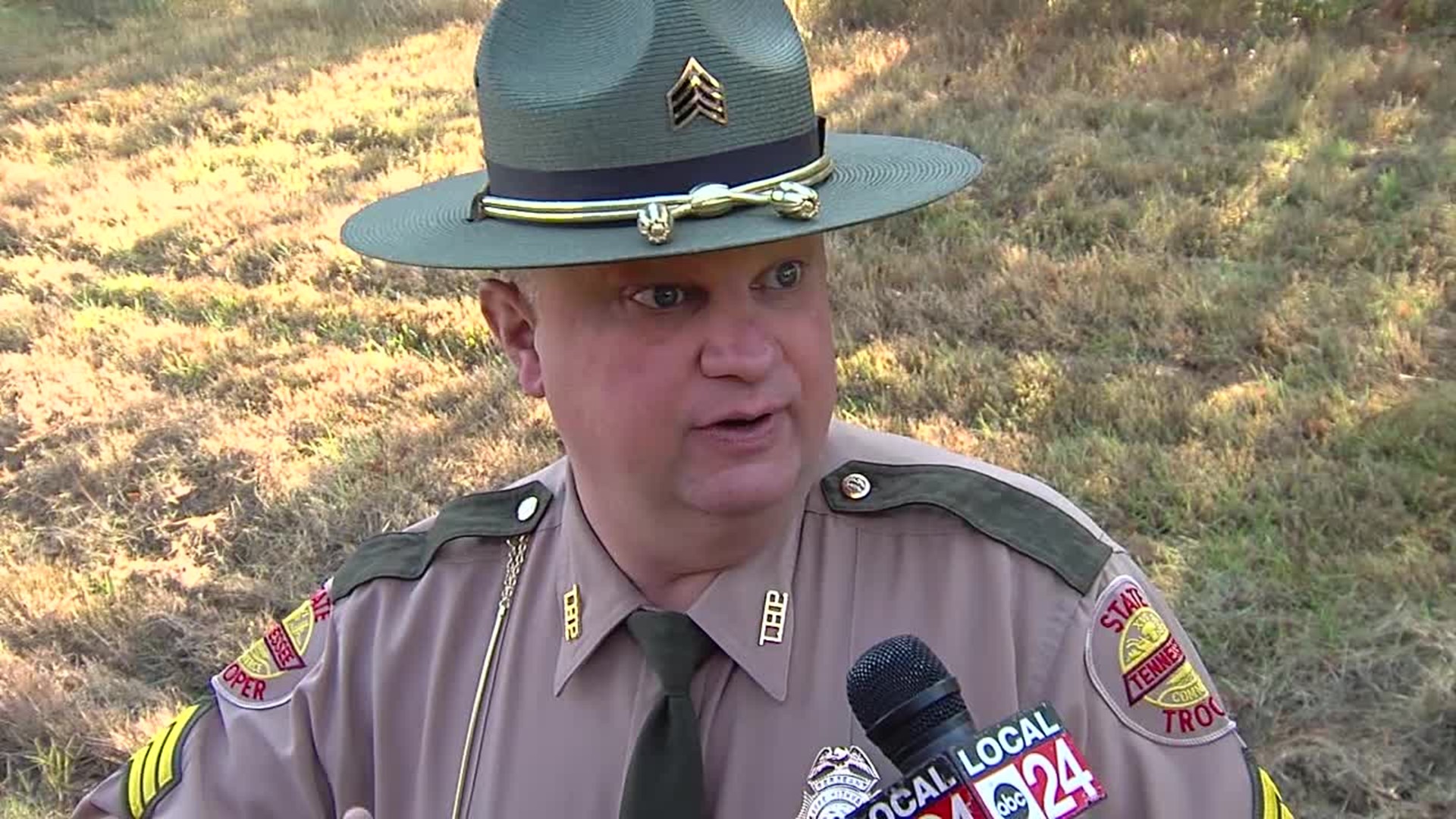 The cause has not been determined yet, but, investigators speculate the driver of the semi fell asleep.