While some Arkansas churches are reopening during coronavirus, others are cautious

Friday, President Donald Trump called for the reopening in churches in the country. 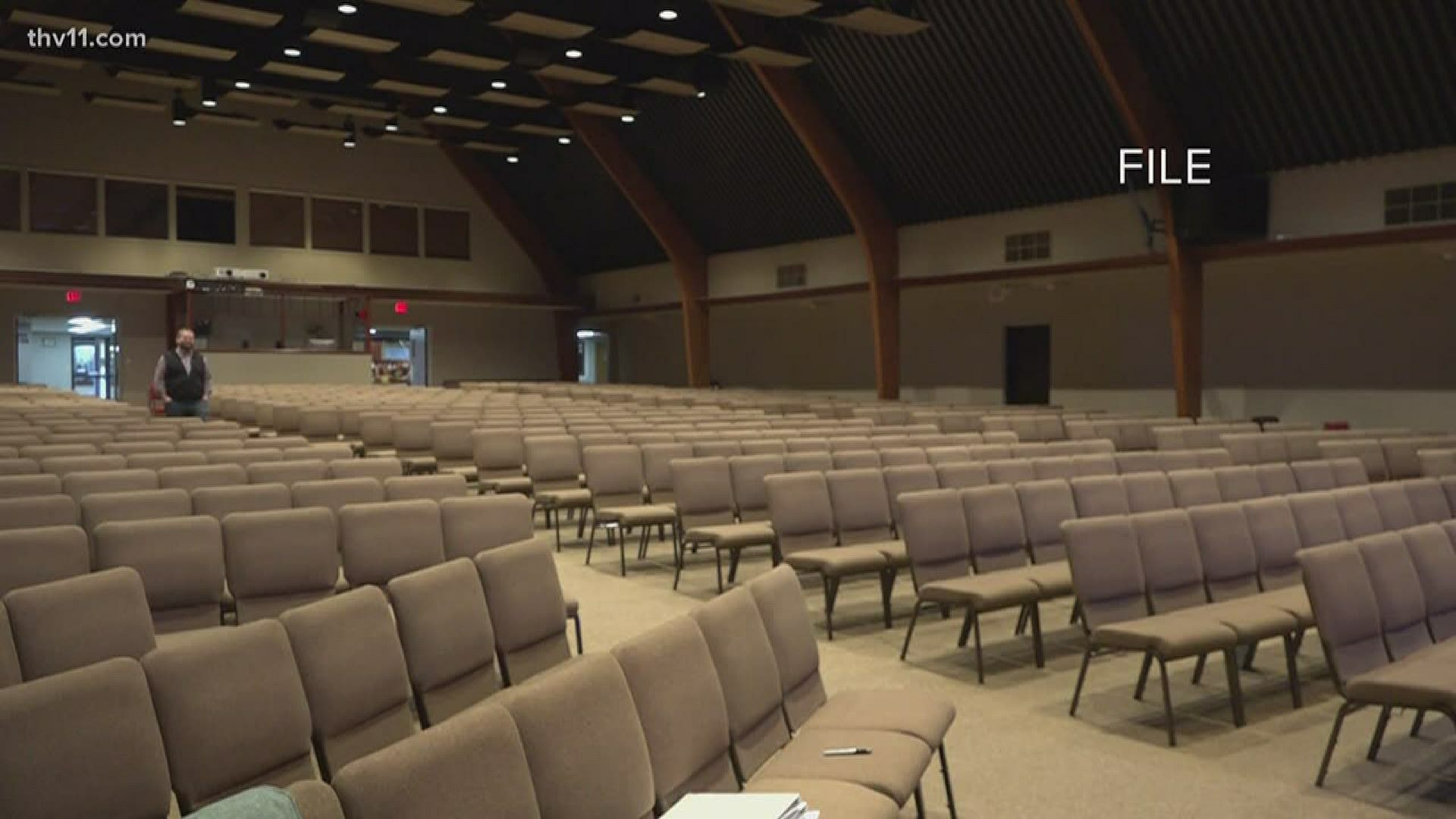 LITTLE ROCK, Ark. — Friday, President Donald Trump called for the reopening in churches in the country.

However, the state issued strict guidelines for reopening places of worship and encouraged online services effective May 4th.

“I would not want to rush to opening. I know that some churches have been places where they have found after the fact that’s where the virus probably spread,” Ulasewich said.

Ulasewich said they won’t be opening anytime soon and will continue to live stream services.

“This isn’t a judgment on those, it’s just for us and our situation what we’re able to do by recording and releasing worship feels like the best that we can offer our folks and the safest at this time,” Ulasewich said.

They now have restrictions like only 50 people inside the building at a time and require reservations.

“We have 400 people on a Sunday, where are we going put ‘em all?” Associate Pastor Cindy Henry said.

Safety remains their number one concern, and they plan to stick to online services until July.

The church conducted a survey for members who found most of their congregation don’t want to risk exposure to the virus.

“A lot of people are not ready to come back, especially our older folks and people who have illnesses or who are vulnerable. So, even when we do open we expect it to not be the total crowd that we were having before the pandemic,” Henry said.

Nearly 40% of a congregation who attended services at a rural Arkansas church over a one week period in early March developed laboratory-confirmed cases of COVID-19.

In Governor Asa Hutchinson’s Friday press conference, he urged churches who do choose to open to use caution.