10 of 15 Collierville Kroger shooting victims worked at the store

Police said five customers were injured in the shooting. 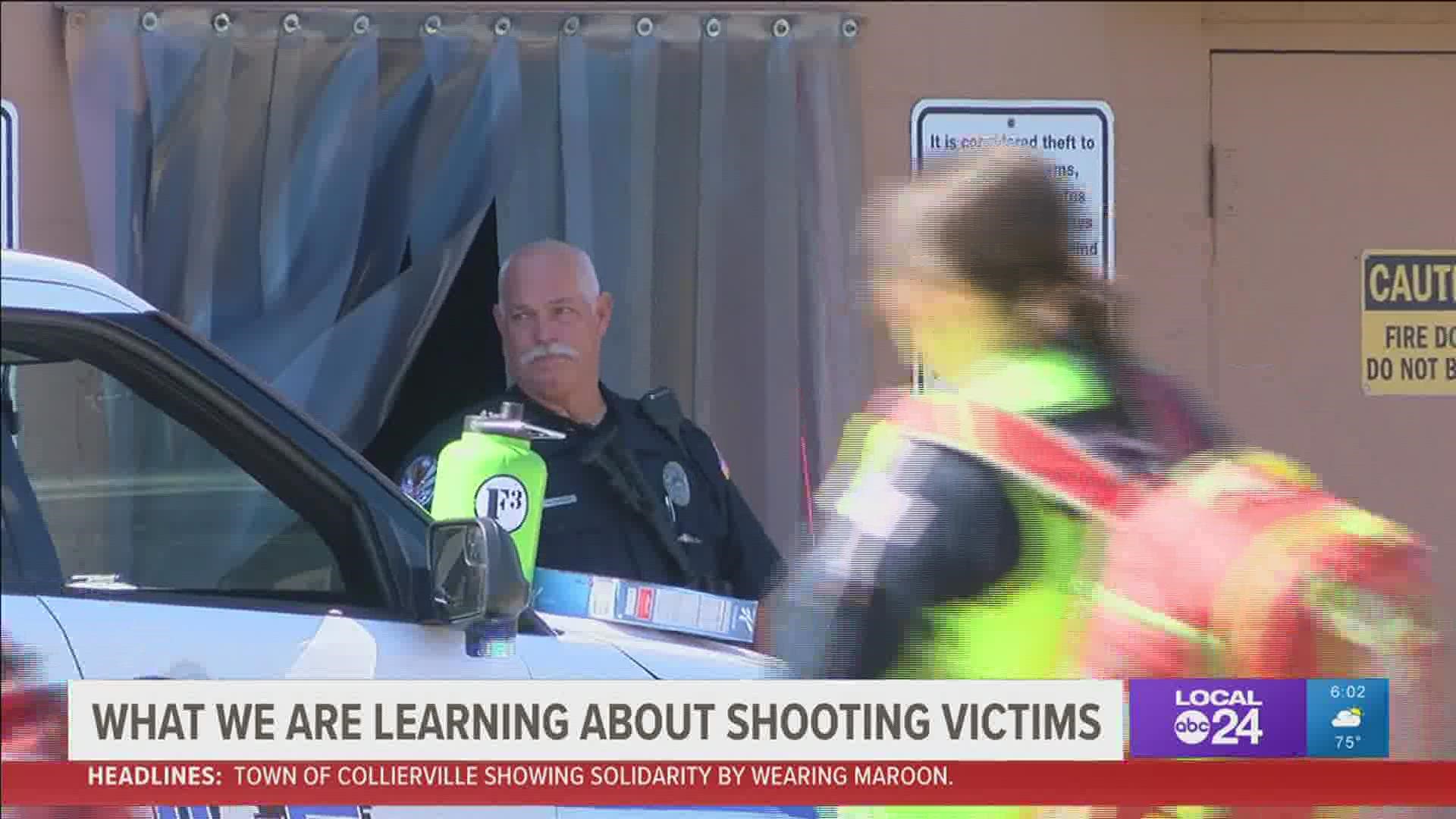 COLLIERVILLE, Tenn. — We have been working to learn more about the 15 people police say were shot in the Collierville Kroger on Thursday. Police confirmed the majority of the shooting victims worked at the store.

A sign posted outside of Collierville Central Church welcomes Kroger employees. The facility has grief counselors posted at the church for store associates who may want help dealing with what happened.

Police confirmed of the 15 people shot, 10 were Kroger employees and five were customers.

One of the customers shot, Olivia King, was rushed to Regional One but didn’t survive.

Of the 8 patients brought to Regional One on Thursday, six remain at the hospital. Reginal One reported Friday morning 3 remained in critical condition.

Doctors released few details about the victims that remain but applaud the quick response by the workers in the trauma center.

"While the events were terribly unfortunate, the response was incredible, said Dr. Andy Kerwin, Medical Director at the Elvis Presley Trauma Center.

There has been an outpouring of support for the community and victims on social media.

On Facebook, Susan Saracena asked people to pray for her neighbor's son who worked at Kroger and was shot in the leg.

Eric Wayne Ashe, nephew of another victim wrote, “ I appreciate everyone checking on us we are safe. But please keep my uncle joe in your thoughts and prayers. He was shot twice." Ashe added, “No one should ever have to witness and go through this."